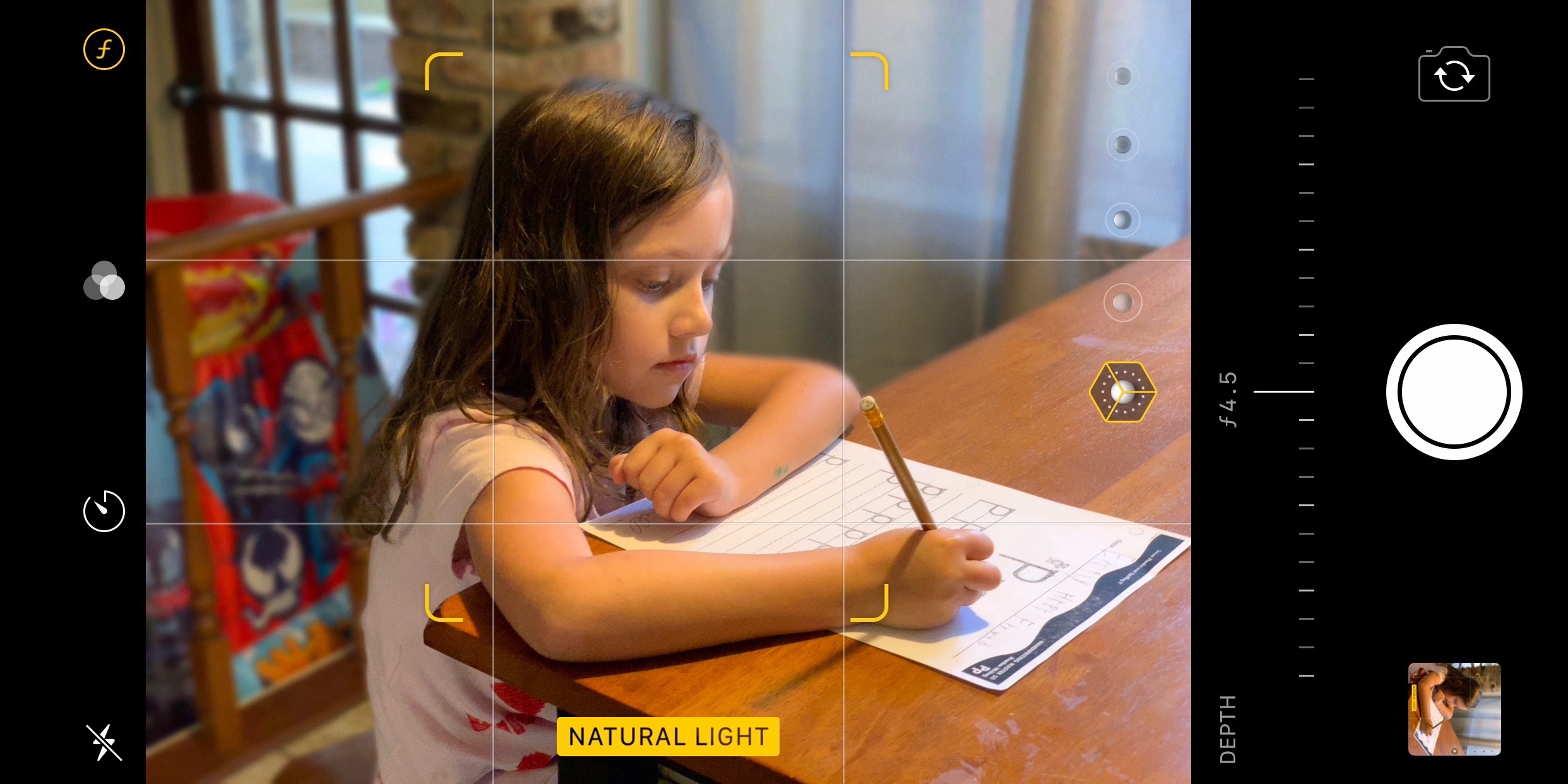 iOS 12.0 includes Depth Control on shots from the Edit interface after you’ve captured a still image in Portrait mode — no beta version required.

Simply tap the Edit button on a Portrait mode photo and a Depth slide that includes an aperture slider from f1.4 to f16 appears. The higher the aperture level, the less blur applied to the photo.

Here’s how it looks on iPhone XS Max (both landscape and portrait orientation work):

What’s new in iOS 12.1 beta on iPhone XS and iPhone XS Max is the ability to make this depth adjustment before actually taking the photo. Enter Portrait mode with the Camera app on iOS 12.1 and a new “f” button appears in the top right corner of the viewfinder (or top left in portrait orientation).

Tap the new “f” button and the same depth slider for adjusting the simulated aperture level appears with the same f1.4 to f16 options. Portrait mode needs to target its subject for the slider’s effect to kick in, then you can see the blur effect change in real time.

f1.4 will apply the most amount of blur, and f16 will apply the least. You can also edit the depth level after the shot is taken even if you manually adjust the blur level during the preview (or you can remove the artificial blur entirely without any data loss).

Editing depth level from the viewfinder works on Portrait mode with both the rear and front-facing cameras on iOS 12.1 beta. We expect Apple to likely release the software update to all customers later next month.