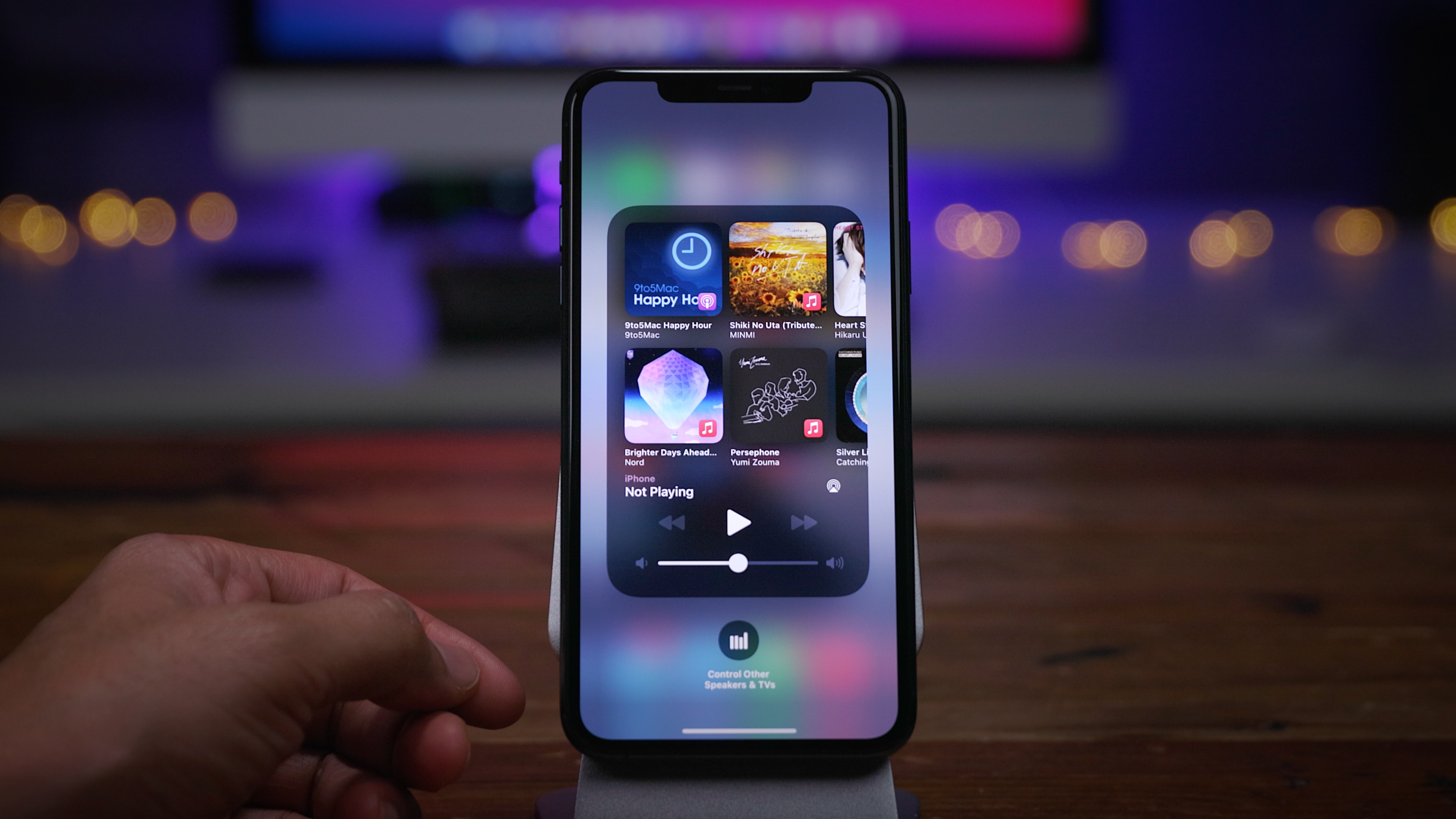 Apple has been pushing out new software updates at a blistering rate, with the latest such update being a new iOS 14.2 developer beta. This beta update comes with several notable changes, including a redesigned now playing music interface in Control Center. Watch our hands-on video walkthrough as we explore new iOS 14.2 beta 1 changes and features.

The Lock screen now playing music controls have been updated with various subtle changes and features. The scrubber knob for the playhead indicator is now larger, as is the knob for the volume controls. You’ll also notice that the timestamp that shows the current position of the playhead is now directly beside the playhead instead of to the left of the timeline. The time remaining, which previously resided on the right side of the timeline has been omitted entirely with this new design.

Other new features include a new AirPlay button design and new popover style for AirPlay 2 destinations. A similar redesign has been employed for the ability to control other AirPlay 2-enabled speakers and TVs on your local network. Be sure to watch the full video walkthrough for a hands-on look at what’s new.