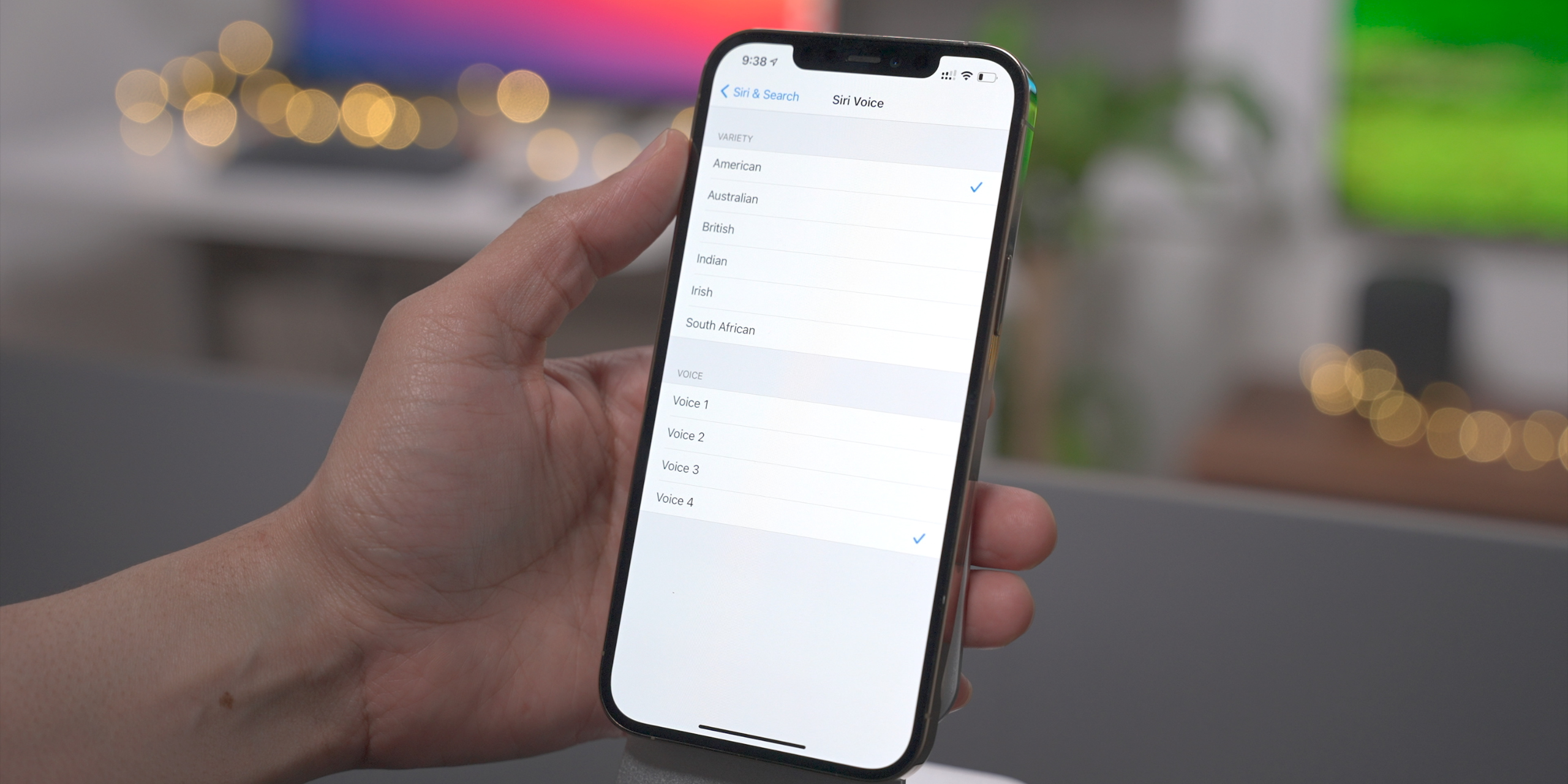 The sixth developer beta for iOS 14.5 went live earlier today, and it comes bundled with noteworthy features: two brand new realistic-sounding American Siri voices, and an updated battery tool for iPhone 11 users. Watch our hands-on video walkthrough for the details, and be sure to subscribe to 9to5mac on YouTube for more video content.

As we get close and closer to the iOS 14.5 RC, Apple hasn’t stopped adding new and noteworthy features to what may be the final significant release in the iOS 14 lifecycle.

In iOS 14.5 beta 6, Siri receives a significant update — adding two brand new American Siri voices — one male and one female — to the mix. In previous versions of iOS, there were just two voices available for the American accent. These updated voices not only make their way to iPhones running the iOS 14.5 beta, but I’ve also been able to test the iPad, Apple Watch, and even the HomePod betas with the new voice additions.

Along with the updated voices, iOS 14.5 beta 6 will no longer automatically default to the female voice. During iOS initial setup, users are prompted to choose a preferred voice for Siri. For those doing an OTA update to iOS 14.5 beta 6, you’ll find the ability to select between the new voices via Settings → Siri & Search → Siri Voice.

The Variety section (labeled Accent in previous versions of iOS) will display the various accents available for the language that you have Siri configured for, while the Voice heading allows you to choose between available voices within that language/variety. Just like before, choosing a new voice will download the new voice on demand, right from within the Siri & Voice preferences panel.

As mentioned by TechCrunch:

The two new voices use source talent recordings that are then run through Apple’s Neural text to speech engine, making the voices flow more organically through phrases that are actually being generated on the fly.

I like the new voices and I think they sound realistic. The inflections, tones, and pacing sound more real than before, providing a unique sound that will appeal to a larger variety of preferences. The voices still have a ways to go in terms of naturalness, as demonstrated when asking Siri to “tell me a story.” In addition to the American English updates, iOS 14.5 beta 6 also provides upgrades to the Neural text to speech engine for Siri voices in Ireland, Italy, and Russian.

Also newly introduced in iOS 14.5 beta 6 is an update to the iPhone’s Battery Health settings. The update brings a new battery recalibration tool to the table for iPhone users. The updated toolset is only available for iPhone 11, iPhone 11 Pro, and iPhone 11 Pro Max users at the moment, but it makes sense to think that wider availability will come with time.

The issue with inaccurate battery calibration

The new tool does exactly what it says, allowing users to recalibrate their iPhone’s internal battery when performance isn’t meeting expectations. Apple has even created a brand new support article on its website, live to the public as of this post, explaining details about the battery calibration methodology.

This new battery calibration process will occur during normal recharge cycles and, as Apple notes in its support documentation, may take a few weeks to complete. The end result of the battery calibration process is that max capacity and peak performance metrics will be updated to be accurately reflected in Settings → Battery → Battery Health. If recalibration fails, then Apple suggests taking the iPhone to an Apple Store or other Authorized Service Provider for a battery replacement.

iOS 14.5 was already shaping up to be a big release before these two new features appeared. With upgrades to the Music app, the new Apple Watch unlock feature, additional emoji characters, and more, this latest iPhone update looks to send iOS 14 out with a bang.

What do you think about the new iOS 14.5 beta 6 changes and features? Sound off in the comments with your thoughts.