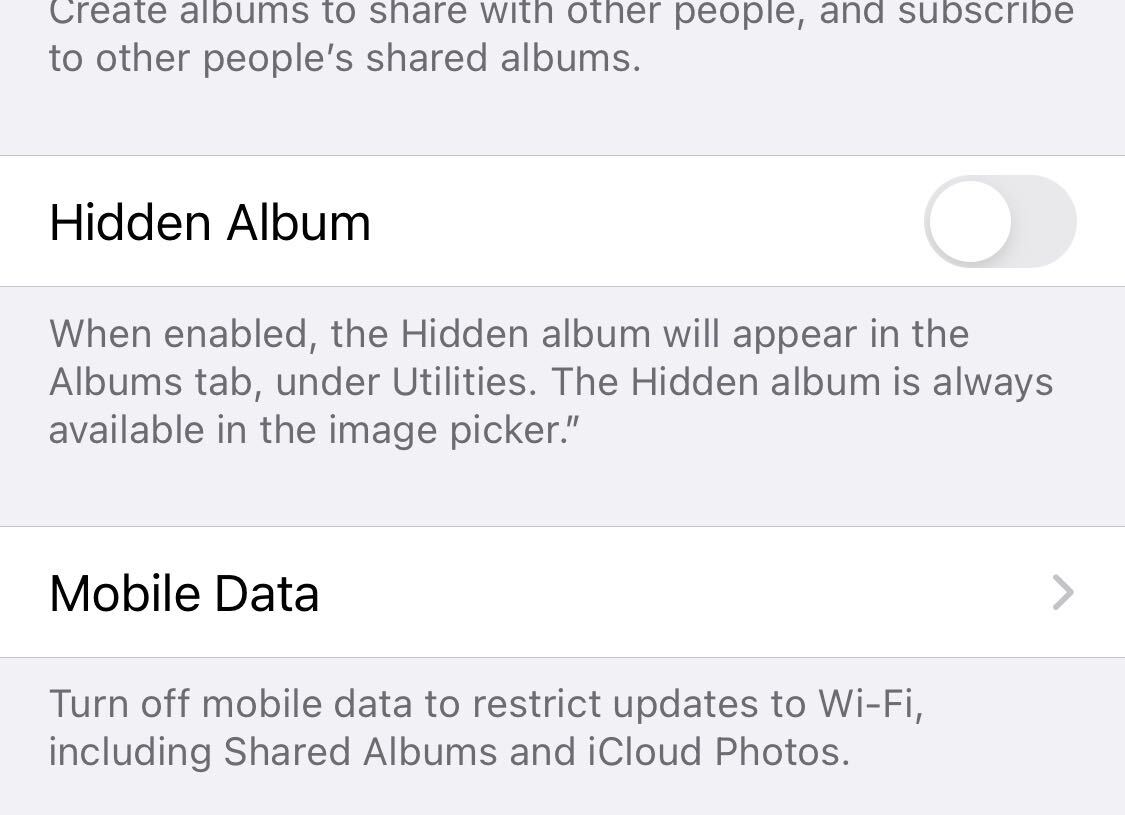 Yesterday Apple released the fifth developer beta for iOS 14. Included in this latest beta are several new user-facing features, including an enhancement to the ability to hide specific photos in the Photos app. Watch our brief hands-on video walkthrough for the details.

Hidden album in Photos app can now be “hidden”

In iOS, users can stash selected photos in this album by using the Hide option found in the Share sheet. Placing a photo in the Hidden photos album removes it from the prominent library areas of the Photos app.

In previous versions of iOS, the Hidden album would appear at the bottom of the albums tab, making these photos relatively easy to discover. With this latest change in iOS 14 beta 5, hidden photos become even more obscure thanks to an option to hide the Hidden album as well. In Settings → Photos, you’ll find a new toggle for Hidden Album that, when disabled, will cause the Hidden Album to be removed from the Albums tab of the Photos app.

Although this change is a nice addition to iOS 14, I think many users would appreciate having more granular security options revolving around the use of a passcode or Face ID. What do you think?