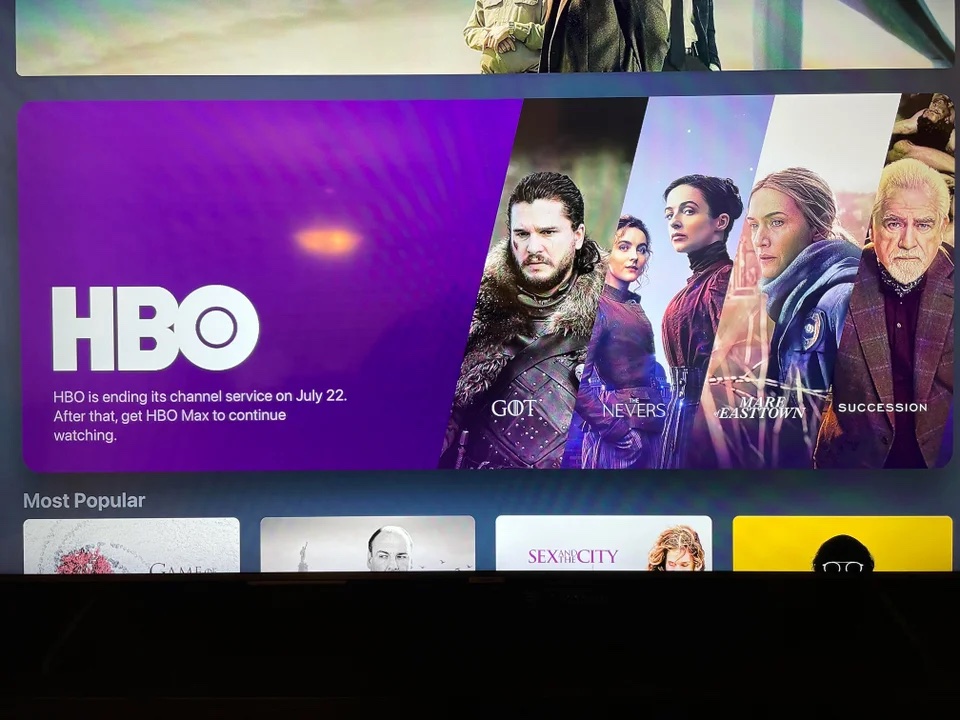 HBO appears to have flipped a switch today, however, that completely shuts off access to HBO via Apple TV Channels, including the ability to sign in using your Apple TV Channels subscription information.

For those unfamiliar, Apple TV Channels are streaming services that you can buy and stream directly in the TV app. If you do so, all billing is handled through Apple itself, and the video is hosted by Apple. This means you watch it directly in the TV app on iPhone, iPad, Mac, or Apple TV, rather than in the third-party provider’s application.

Apple TV Channels users are widely reporting today, however, that access to HBO Max has been completely cut off. This includes the ability to access the HBO channel in the Apple TV app, as well as the ability to sign into the HBO Max app using your Apple ID.

As noted by users on Reddit, HBO in the Apple TV app had pre-announced its plans to shut down its Apple TV Channel with a message reading: “HBO is ending its channel service on July 22. After that, get HBO Max to continue watching.”

One issue noted by users is that the HBO Apple TV Channel offered a live HBO feed, which is not available in the HBO Max application. Another issue is that HBO has removed the ability to sign in using your Apple ID, which could impact those users who have already paid for access via their Apple accounts, as noted by Alex Cranz on Twitter.

This is confirmed by going to the “Sign in with a provider” option on the HBO website, where you’ll no longer see signing in with your Apple ID as an option.

9to5Mac has reached out to WarnerMedia for more details and will update if we hear back. Were you an HBO subscriber through Apple TV Channels? Have you lost access to the streaming service today? Let us know down in the comments.