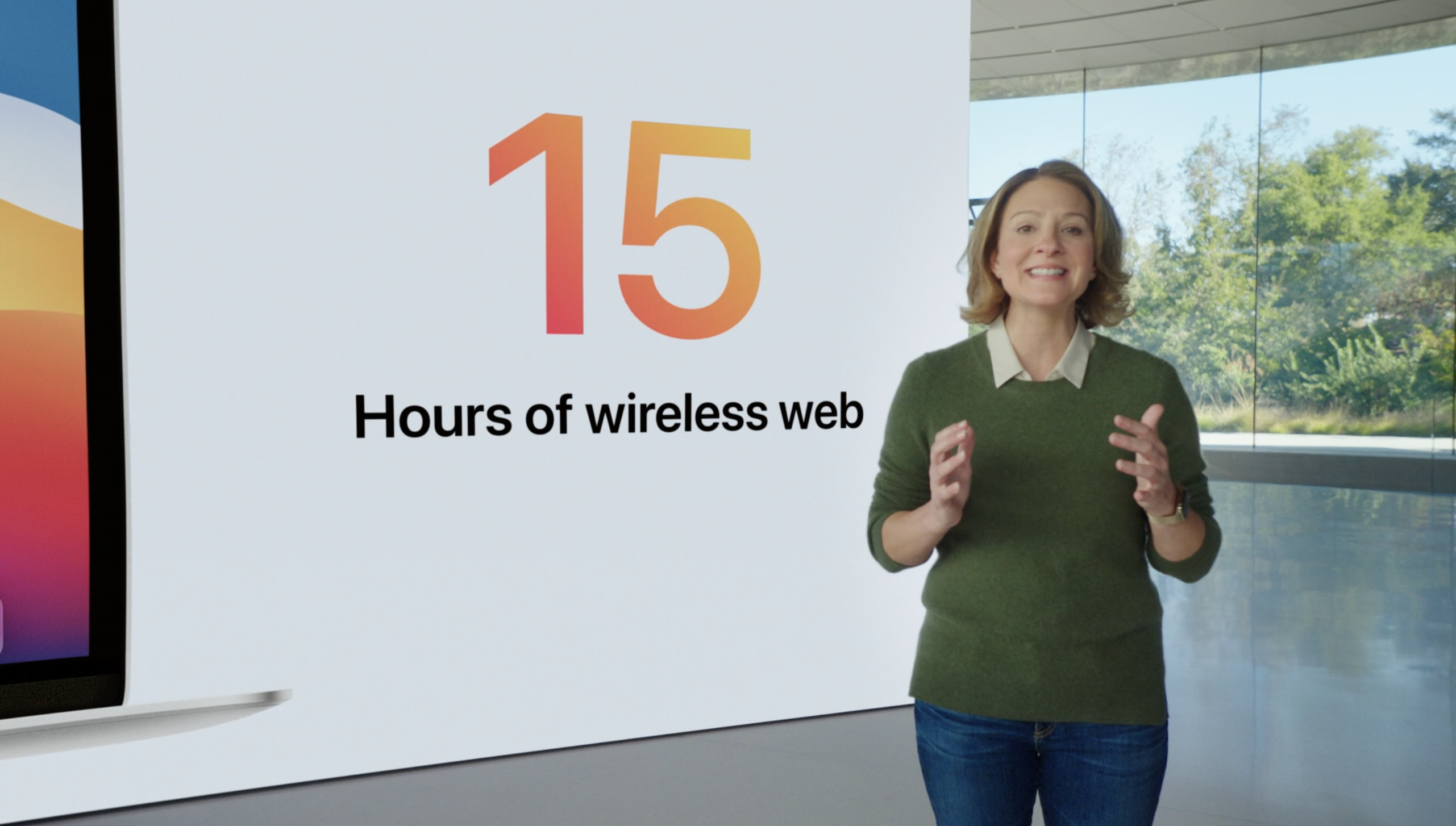 As Apple launched its new MacBook Air and MacBook Pro powered by its M1 custom Apple Silicon, we learned about the big performance gains to expect. Beyond processor and graphics performance, Apple says battery performance is seeing massive improvements giving them the “longest battery life ever in a Mac.” Here’s what Apple is rating battery runtime for the new MacBook Air and Pro.

Until now, Apple has given battery life ratings of about 10-12 hours for most of its MacBooks. However, that’s usually in best-case scenario conditions with 6-8 hours often being more realistic, especially as the notebooks age.

With Apple Silicon, the company’s notebooks look set to get a massive upgrade in battery life thanks to much more efficient hardware (and software).

Apple revealed during its November event that the MacBook Air with the M1 chip is rated for 15 hours of wireless web use and 18 hours of video playback.

And even more impressive, the new 13-inch MacBook Pro with M1 Apple Silicon is rated for 17 hours of wireless web and wild 20 hours of video playback.

These gains are no doubt thanks to the M1’s 8-core design featuring 4 high-efficiency and 4 high-performance cores and how Apple is able to now fine-tune macOS Big Sur with the brand-new hardware.