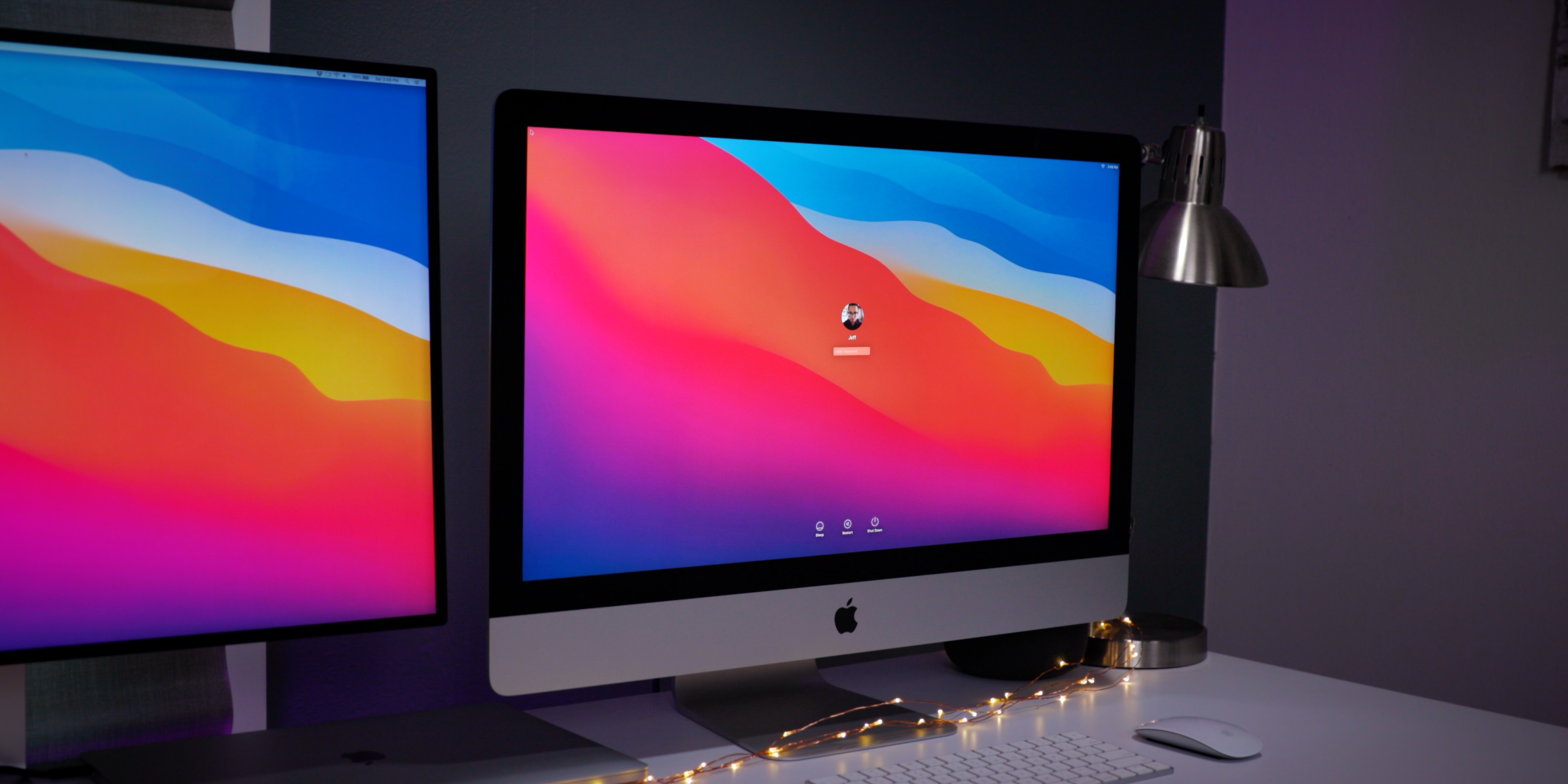 After today’s “Unleashed” event, Apple added even more M1 Macs to its lineup as it continues its two-year transition to Apple Silicon. Despite today’s expansion, there are a few Macs that still run Intel chips being sold by Apple. Here they are.

A few months before the first batch of M1 Macs were introduced, Apple revised its 27-inch iMac. With the same design, it brought the 10th generation Intel chips, making considerably faster compared to its predecessor.

With a beautiful 5K Retina display and nano-texture glass option to reduce glare, it was the 1080p camera that got people’s attention, as it was the first time Apple ditched 720p front-facing camera.

Not only that, this iMac can be upgraded with up to 128GB of RAM, 16GB of GDDR6 memory, and 8TB of SSD. This Mac starts at $1,799, but to be fair, unless you need an Intel computer for a very specific task, you should wait a bit more. A replacement for this iMac with its own Apple Silicon is due to arrive next year.

With a very Jony Ive design, this Mac Pro, or carefully called Apple’s grilled cheese, was introduced during the WWDC19 alongside the Pro Display XDR.

The best part of this CPU is its configurability and the possibility to expand most of its specs. As Apple says, “It is a system created to let a wide range of professionals push the limits of what is possible.”

Even though, this $5,999 minimum machine is also set to receive a redesign with Apple’s own silicon next year, as you can learn more about it here.

When Apple introduced the first M1 Macs, it brought a new Mac mini. Even so, the company kept selling the 2018 Mac mini with an Intel processor, mostly because it was the early days of the M1 and people could’ve wanted a more affordable option that could run all the apps available on the macOS system.

Now, what surprised everybody today is the fact that Apple didn’t introduce a new Mac mini with the M1 Pro and M1 Max processors since it would be the perfect timing for the company to ditch this Intel Mac mini.

It has an 8th-generation Intel Core processor, at least 8GB of memory, and 512 GB of SSD storage. It’s also way pricier than an M1 Mac mini. Even though Apple didn’t announce a new model today, it will probably not take long for the company to introduce a next-generation soon.

Is it worth buying an Intel Mac today?

It’s not. As the power of the M1 chips has been impressing reviewers and customers, it’s almost a waste of money to buy an Intel Mac today. For example, we’re in the middle of the two-year transition from Intel to Apple silicon, which means it won’t take long for the company to stop supporting Intel models.

Not only that, the M1 chips are faster, more efficient, and some even come with a new industrial design.

Are you planning to get an M1 Mac, or do you already have one? Share your thoughts in the comment section below.