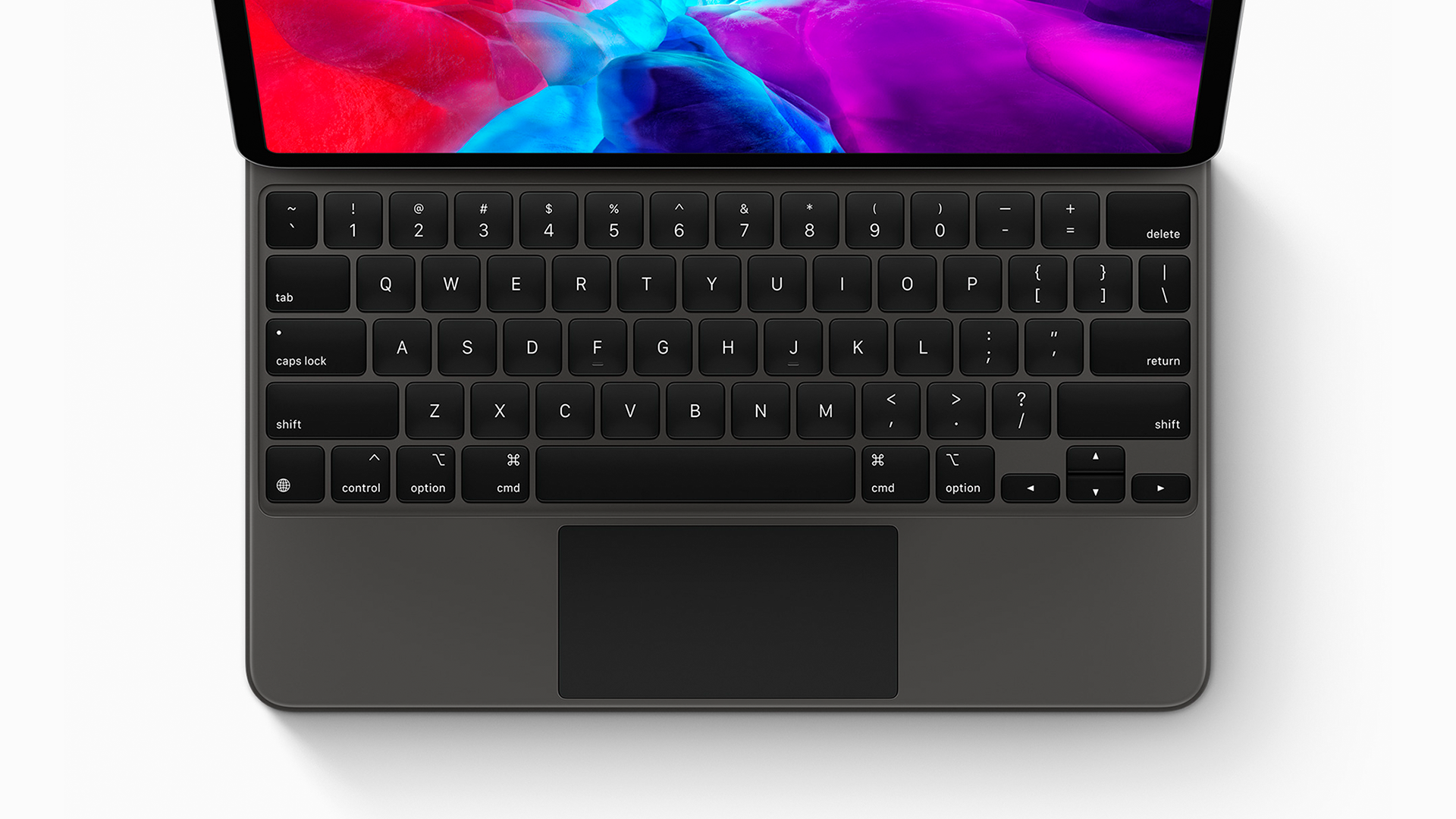 Apple today announced a new Magic Keyboard for iPad with a built-in trackpad for the first time, in addition to an iPadOS update that will bring advanced mouse support. If you’re curious about how the cursor will work on iPad from now on, we’ll highlight the main details in this article.

Computers are traditionally controlled by a mouse or trackpad with a cursor that is always visible on the screen, but Apple said it wanted to create something new and specific for the iPad instead of replicating the same experience that already exists on macOS.

We have seen that with iPadOS 13, which was the first version to introduce mouse support to the iPad, but the implementation was extremely limited. This will change with iPadOS 13.4, which brings a new way to use a mouse or trackpad on iPad.

The cursor will be a small semi-transparent circle instead of a regular pointer, which will come up only when you need it. That means once the user stops moving the cursor, it will disappear from the screen so that the focus continues on the content.

It also disappears when it is over certain interface elements, such as buttons and icons of the Dock. These elements will be highlighted with a different shape so you know the cursor is there, and you can just slide to access other options.

Apple says it’s possible to perform multi-touch gestures with the trackpad, including scrolling and dragging. There will be new gestures to switch between apps, access the app switcher and activate the Dock, Control Center and apps in Slide Over.

A new API allows developers to enhance their iPad apps to support advanced mouse and trackpad capabilities. The iWork suite of productivity apps will take full advantage of the new advanced cursor features with a future update. “Writing and editing text is a breeze in Pages, working with multiple objects in Keynote is easier than ever, and added levels of precision make working with even the largest spreadsheets a snap.” says Apple.

Users can also connect a Magic Trackpad or Magic Mouse over Bluetooth with iPadOS 13.4 so that every iPad model running the latest software can take advantage of the new cursor support.

This cursor behaviour is not like a PC. It’s like a hybrid of focus engine and normal mouse pointer. Super interesting. pic.twitter.com/BC0tAhdJEZ

9to5Mac confirmed last week that Apple was working on sophisticated mouse support for iPad based on iOS 14 code. We’ve also found references to the new Magic Keyboard with built-in trackpad, in addition to the API for advanced cursor support. It turns out that these features will be available as of March 24 with the iPadOS 13.4 release.