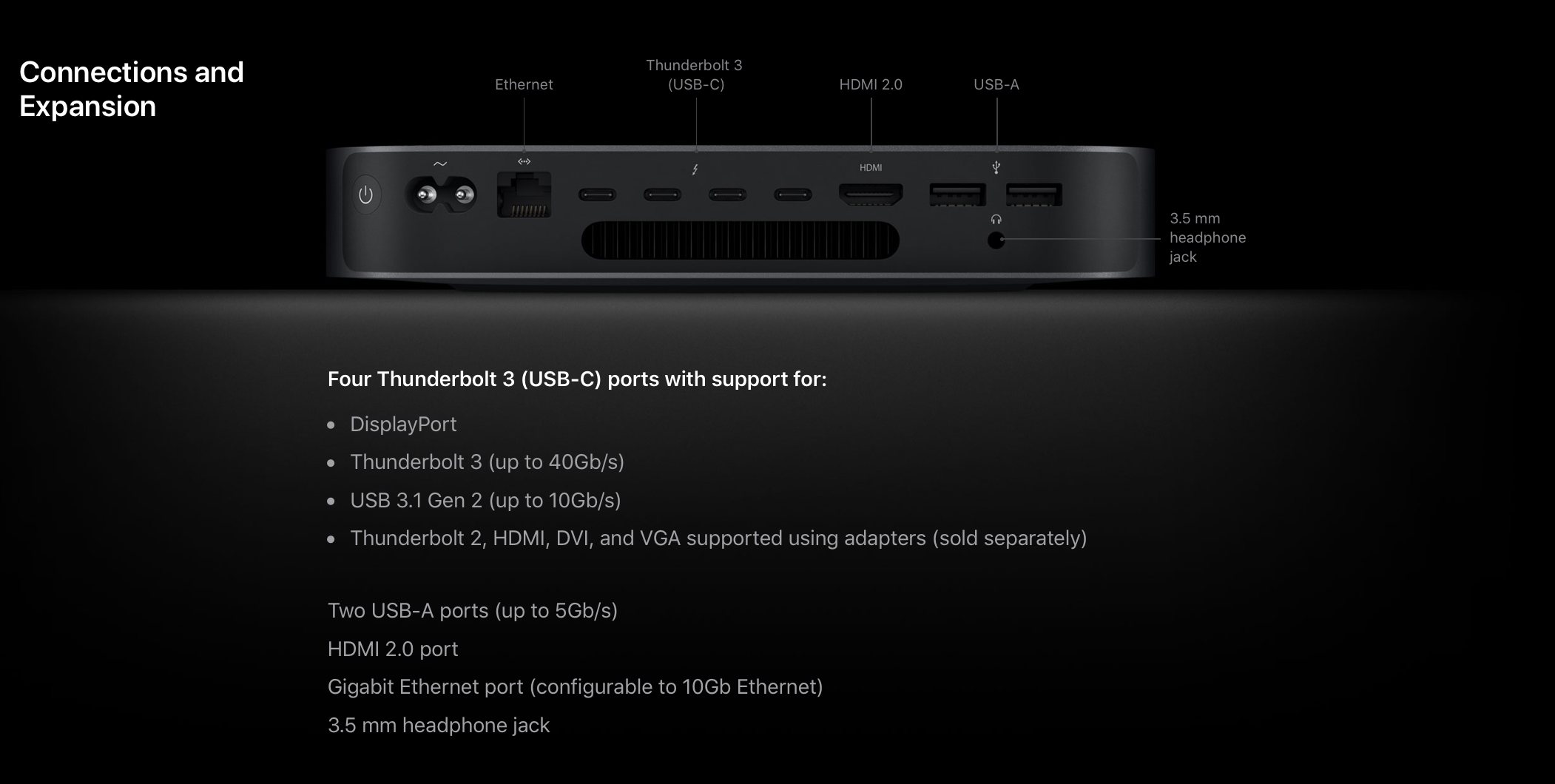 The all-new Mac mini with the M1 Apple Silicon has launched today. Like the new MacBook Air and Pro, the Mac mini gains some impressive performance from the M1’s 8-core CPU and 8-Core GPU. But there have also been some I/O changes with the new model. Here’s what’s changed…

The Mac mini looks impressive with a $100 price drop (now $699 base price) and the gains that the Apple Silicon M1 chip brings. Those include up to 3x faster processing performance, up to 6x faster graphics performance, and up to 15x faster ML performance.

At first glance, the new Mac mini looks about the same as the previous generation (although only available in silver now compared to the former gen coming in space gray). But a look at the rear shows a new I/O setup.

Now, the 2020 Mac mini with Apple Silicon M1 chip drops 2 of the USB-C/Thunderbolt 3 ports as well as no longer offering 10Gb Ethernet as a custom configuration option.

While it’s easy enough to get an external 10Gb Ethernet adapter, with the new Mac mini losing 2 USB-C/Thunderbolt 3 ports, that may limit users’ I/O more than expected.