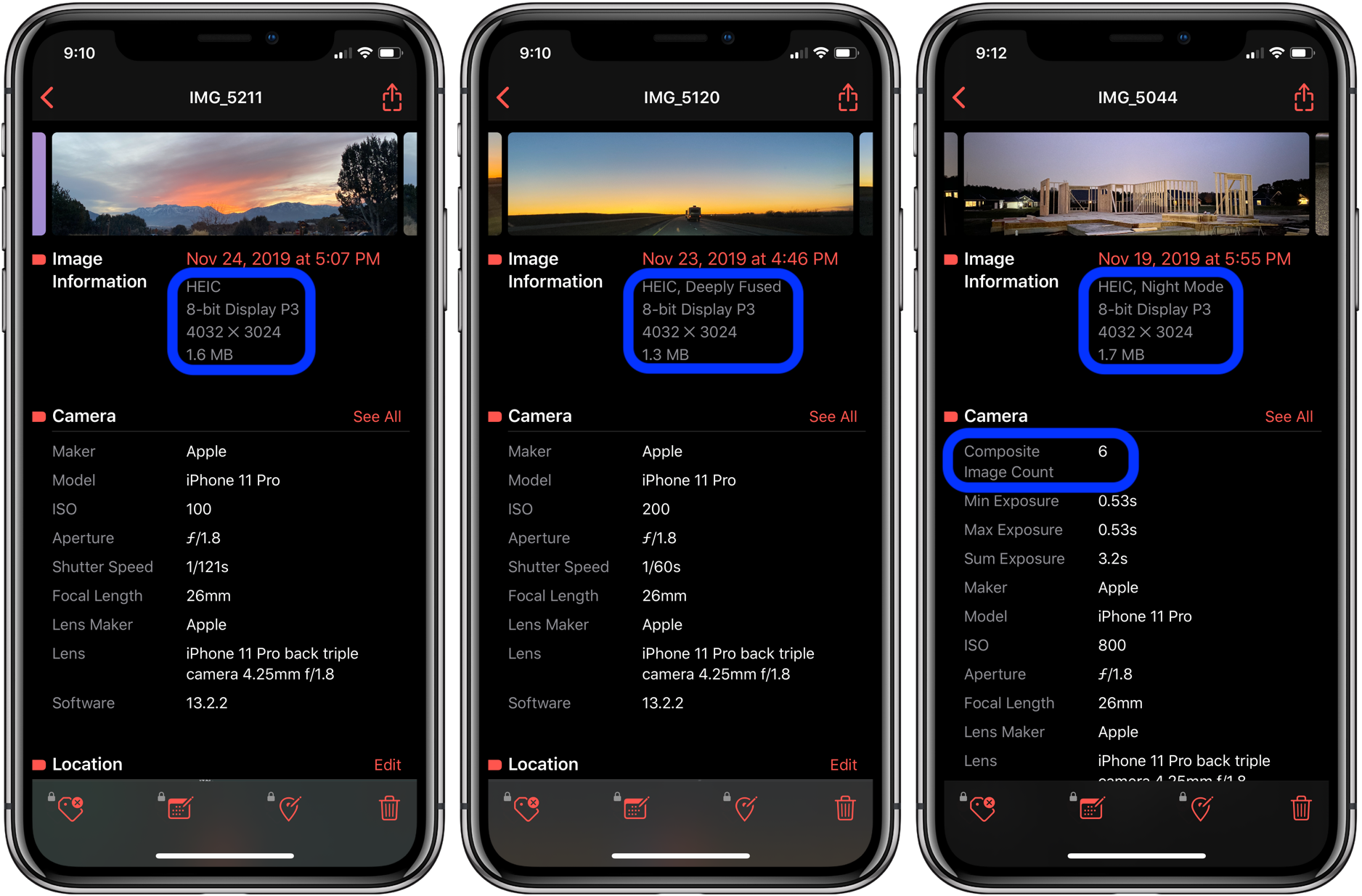 A new update to the free metadata photo and video app Metapho for iPhone has brought what looks like the first way to tell when your iPhone 11 shots were taken with Deep Fusion (at least for now). Follow along for more on this neat app that not only allows you to check if Deep Fusion was used but also view and edit EXIF metadata.

Metapho launched its latest update over the weekend that includes data on whether or not Deep Fusion was used in a photo (via MacStories). This is notable as the feature was made by Apple to be intentionally invisible to users even when inspecting an image’s details (and it’s also very difficult to tell by just looking at photos, even side by side with the same conditions).

Metapho looks to be the very first app to offer a way to inspect for Deep Fusion, although the functionality likely won’t be around for long. Fellow camera app creator, Sebastiaan de With mentioned that they skipped adding the functionality into Halide because Apple is planning to kill it soon.

In any case, Metapho is free and easy to use with an in-app purchase to unlock all features like editing metadata. And it’s fantastic to see a strong privacy focus here… no servers are involved with everything happening on-device.

Once you download and open Metapho, you’ll just need to give the app access to your photo library. There’s even a Share Sheet extension you can add to quickly check photo metadata.

At the top of the metadata under “Image Information” you’ll see “Deeply Fused” if Deep Fusion was used. Under the “Camera” section, you’ll also see an image count for Deep Fusion photos.

Metapho is a free download from the App Store.