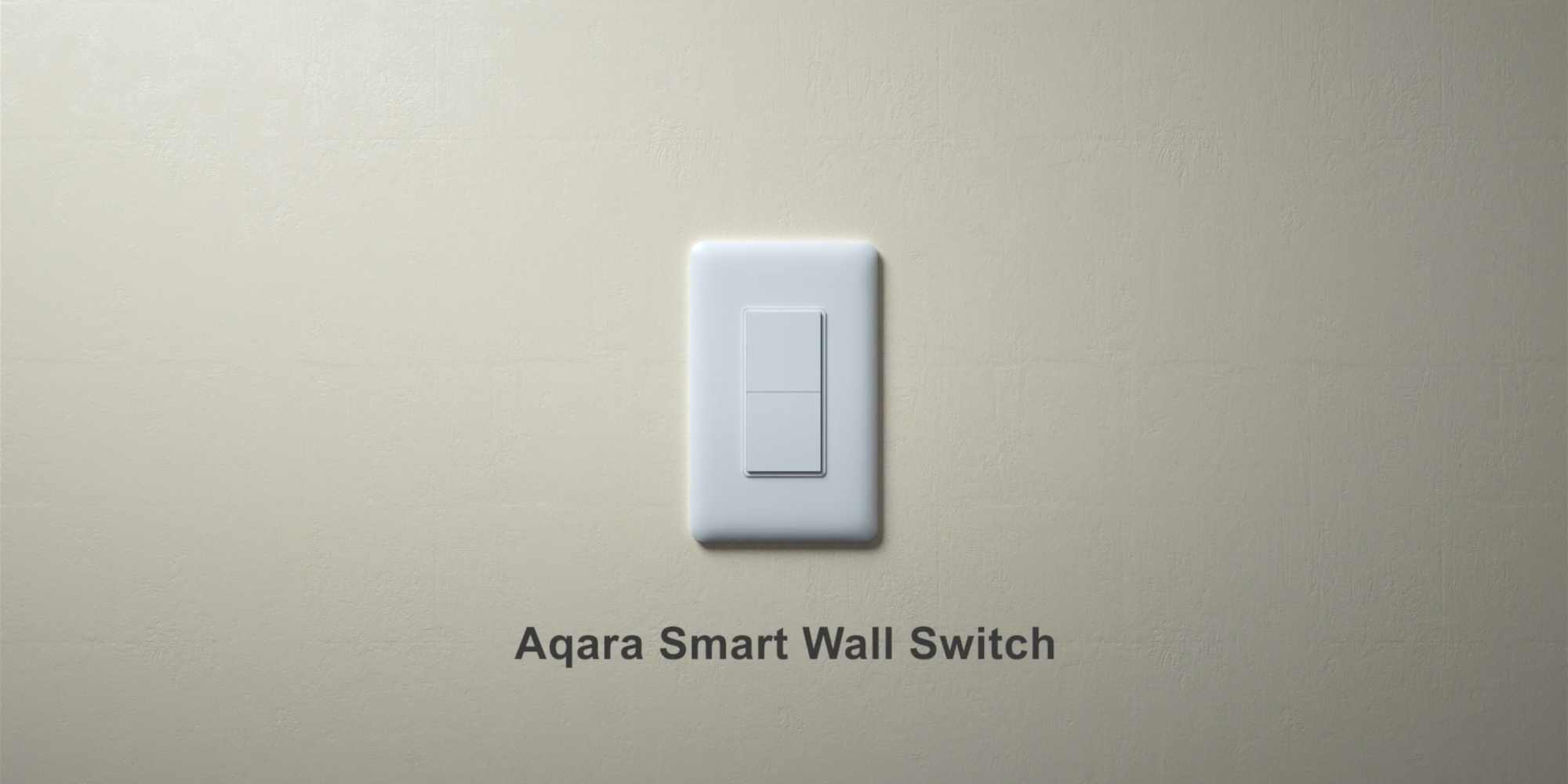 While there’s a somewhat-overwhelming amount of smart light switches on the market, only a small number of them support Apple HomeKit. The new Aqara Smart Wall Switch helps bridge this gap with four variants ready to be controlled by Apple devices when paired with a hub. If you’re wondering why there are four variants, the answer is to provide one and two button options that will be compatible in both new and old homes alike. As we’ve come to expect from most HomeKit-ready devices, these switches also works with both Amazon Alexa and Google Assistant, making them platform-agnostic options ready to serve almost any smart home.

Four smart in-wall light switches have joined the Aqara lineup, and each of them sport a simplistic design that should look great in most homes. Every offering announced today works in all of the big players’ ecosystems including Amazon, Apple, and Google thanks to the required hub. There’s even support for Zigbee 3.0.

Folks that like to keep tabs on power consumption will be pleased to find out that no matter which option is chosen, they will be able to see details on energy usage stats in the Aqara Home app. The company has tested the on/off functionality of each of its new switches 100,000 times, helping ensure they last a lifetime.

As mentioned earlier, the new Aqara Smart Wall Switch has four variants. Customers can choose between a single and double rocker with neutral wire for $36 or $40, respectively, or they can opt for similar options that do not need a neutral wire. These options are well-suited for older homes and cost a few dollars more with its single rocker clocking in at $40 or a double for $45.

Switches that require a neutral wire are available now, but those without are slated to begin shipping on May 20. Aqara is celebrating the launch of its new products for a limited time by providing a 20% discount when using code AQARAPRS at checkout.

When I wrote a piece covering the smart lighting products used in my home, I thought I had a robust solution that would work in any of my future residences. This lead to a bit of a shock upon the realization that my recently-purchased home was built before neutral wires had become a thing. I quickly learned that Lutron Caseta switches were some of the only options on the market that did not require a neutral wire.

For this reason it is a breath of fresh air to see another brand tackle this portion of the market while coming in at slightly more affordable price. It is a bummer that these require a hub and that they do not support dimming, but I give these shortcomings a pass given the lower price point when compared to Lutron.