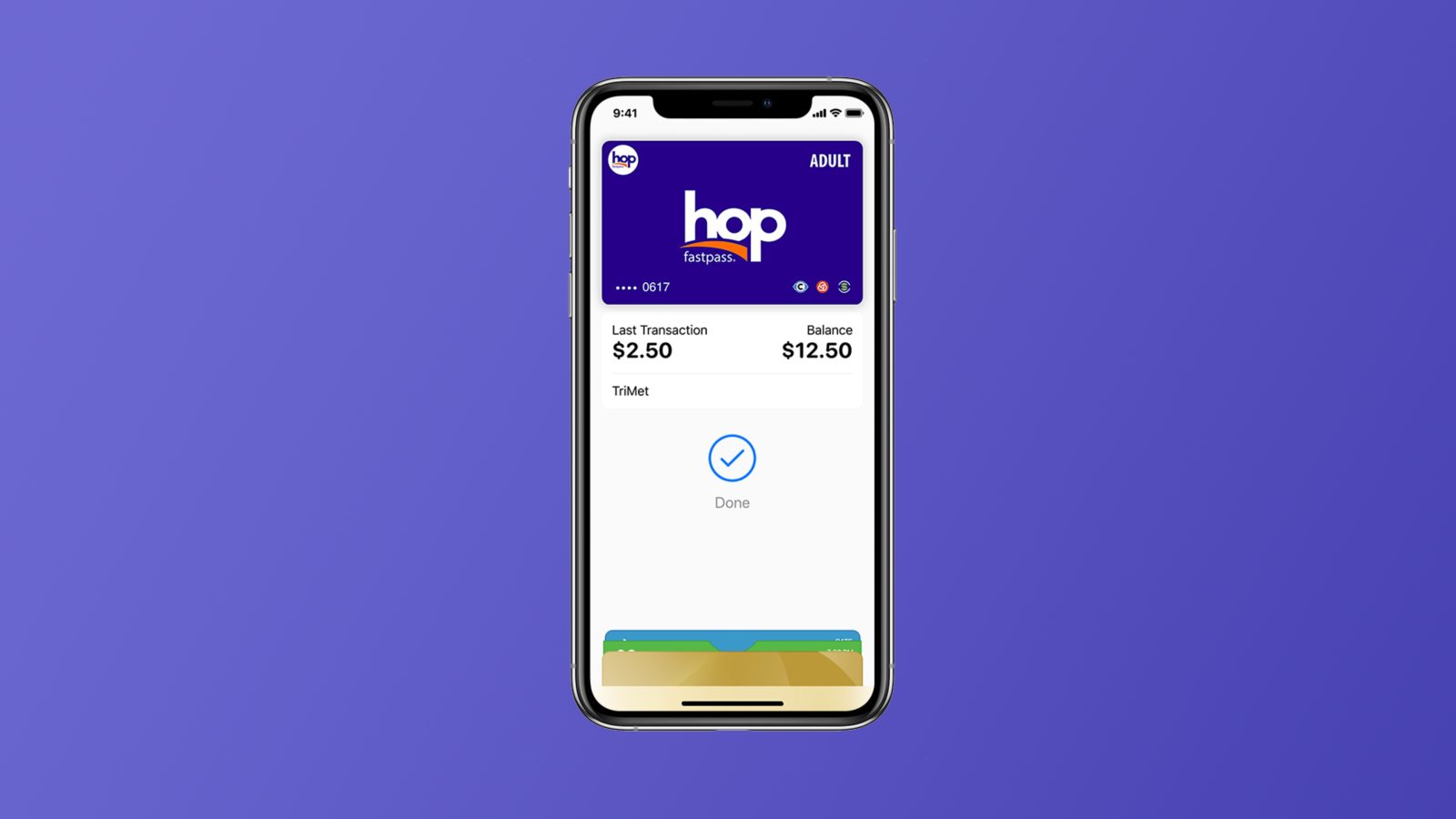 Starting this week, transit users in the Portland-Vancouver area of Washington can now use iPhone and Apple Watch for transit rides. Customers can add their Hop transit cards to Apple Wallet, allowing them to ditch physical cards and tickets.

Hop announced support for Apple Wallet in an email to users today. The Hop Fastpass from TriMet, Portland Streetcar, and C-TRAN can be added to Apple Wallet. This means that users can hold their iPhone or Apple Watch near a contactless terminal to ride.

Using Apple Wallet allows users to continue taking advantage of Hop Fastpass feature, such as earning day passes and month passes, and purchasing Youth and Honored Citizen fares. You also don’t have to authenticate with Face ID or Touch ID when using a Hop card with Apple Wallet.

Here’s what Hop said about Apple Wallet integration in an email to users:

Your Hop card on iPhone and Apple Watch makes it even easier to get around on TriMet, C-TRAN and Portland Streetcar.

Quickly pay your fare and enjoy all the benefits of Hop – such as earning passes as you ride – without having to carry a plastic card. Available now for Adult, Honored Citizen and Youth riders.

Apple Pay’s Jennifer Bailey touted the partnership in a statement to TriMet:

“Apple Pay transforms everyday experiences and we’re thrilled Portland-Vancouver residents will now be able to go quickly through their daily commute with just their iPhone and Apple Watch.”

If you live in the Portland-Vancouver area and want to give Hop support in Apple Wallet a try, head to the App Store and download the most recent version of the app. From there, choose the “Add a Hop card” option and eventually select the “Add to Apple Wallet” option.

If you’re visiting Portland, you can also use Apple Pay Express with a normal credit or debit card in Apple Wallet. This isn’t ideal for Portland residents, however, as it does not support Youth and Honored Citizen fares.