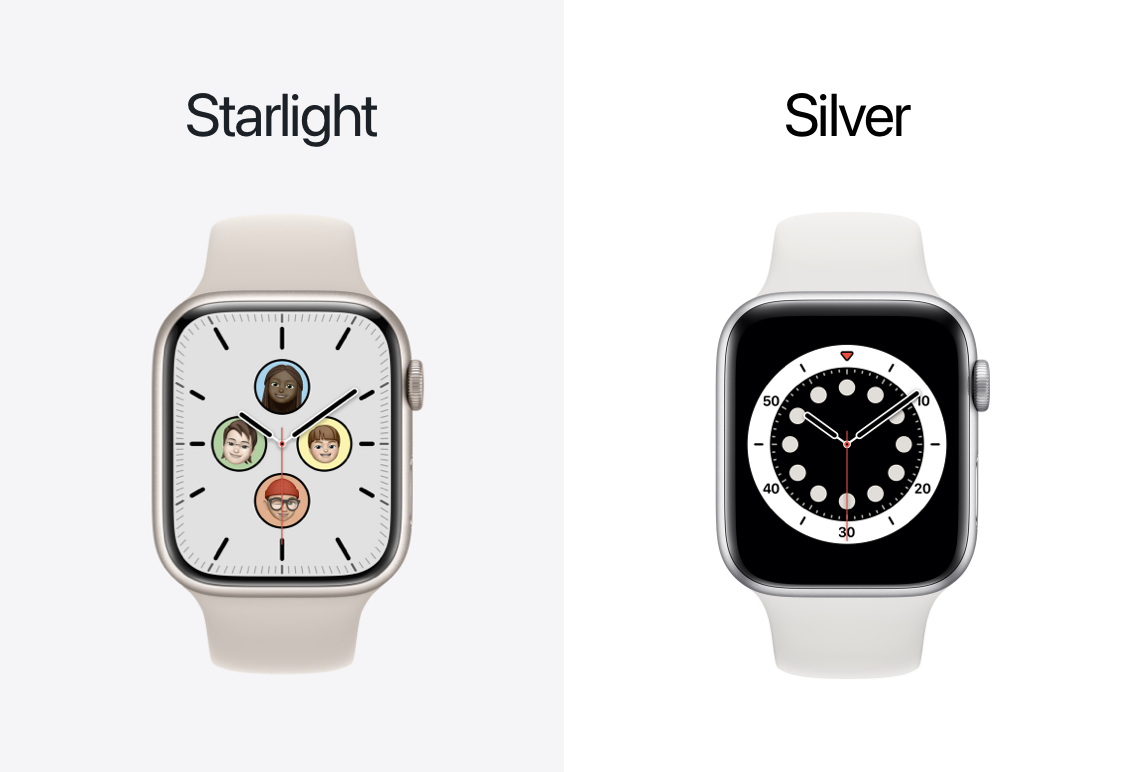 With the new products introduced on Tuesday, Apple retired silver and space gray/black for some devices and replaced them with new starlight and midnight colors. While we haven’t seen the new colors in-person yet, it’s quite clear that they are very different.

First off, let’s talk about starlight. Starlight replaces silver for the Apple Watch Series 7, iPad mini, and iPhone 13. It’s more of a champagne color than a shade of silver. It’s much warmer than the natural silver tone that Apple usually uses. Apple has also introduced some starlight accessories that replace the classic white ones.

The starlight sport band and solo loops are more cream-colored than white. They look a lot like the antique white sport band that Apple introduced in 2015. The same color difference is apparent on the iPhone 13 when compared to the iPhone 12. The back glass is slightly warmer than the white on iPhone 12.

The aluminum midnight finish appears to be a shade of dark blue. It’s certainly not black or space gray. The midnight sport band that compliments the midnight aluminum case of the Apple Watch Series 7 is clearly blue when side by side with the black sport band.

The midnight iPhone 13 looks more like the black iPhone 12 than the starlight model does to the white. You can clearly see the slight blue tones in the back glass and aluminum rails.