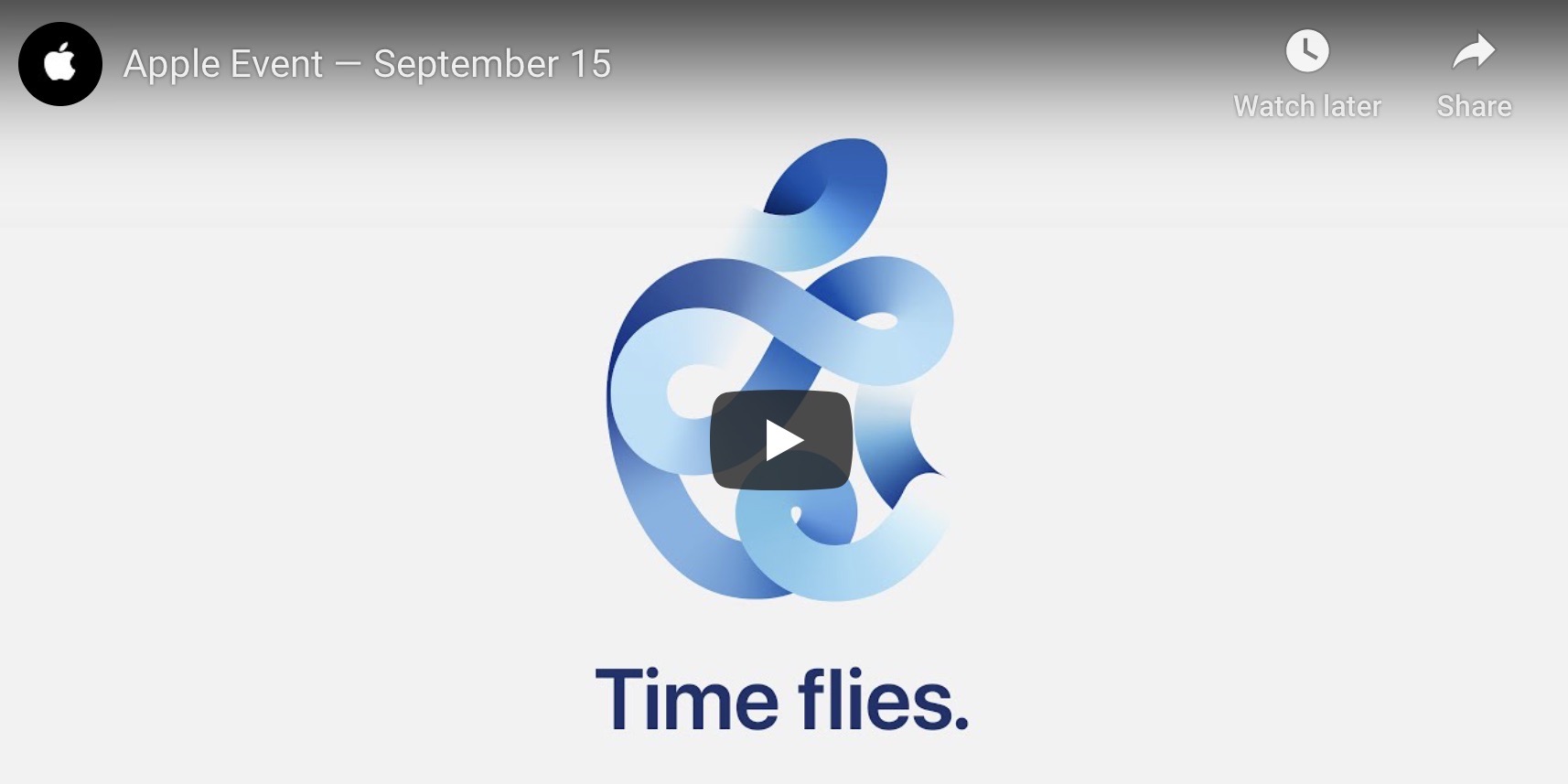 Apple has officially announced its virtual “Time Flies” event for September 15 and the company has already made a live stream placeholder available for it on YouTube. Follow along below for how to set a reminder for the big event.

Apple has been live streaming its recent events on YouTube and a few other services in addition to its Apple Events website. That change has happened as there is no longer an Apple Events app. Apple’s YouTube live streams have also been some seconds ahead of its website stream for past events, making it a preferable choice.

Next week’s event live stream on YouTube features this description:

Join us for a special Apple Event September 15 at 10 a.m. PDT. Set a reminder and we’ll send an update before the show.

When viewing the Apple event live stream placeholder on YouTube, you can tap or click the reminder button to make sure you don’t miss the live event.

At this point, expectations are for the September event to focus on Apple Watch and iPad with the iPhone 12 being pushed to an October event.

Notably, my colleague Gui discovered that “Series 6” is in the metadata of the YouTube page for the live stream. Read up on everything we’re expecting to be announced at the event with Apple Watch Series 6, iPad Air, and more.