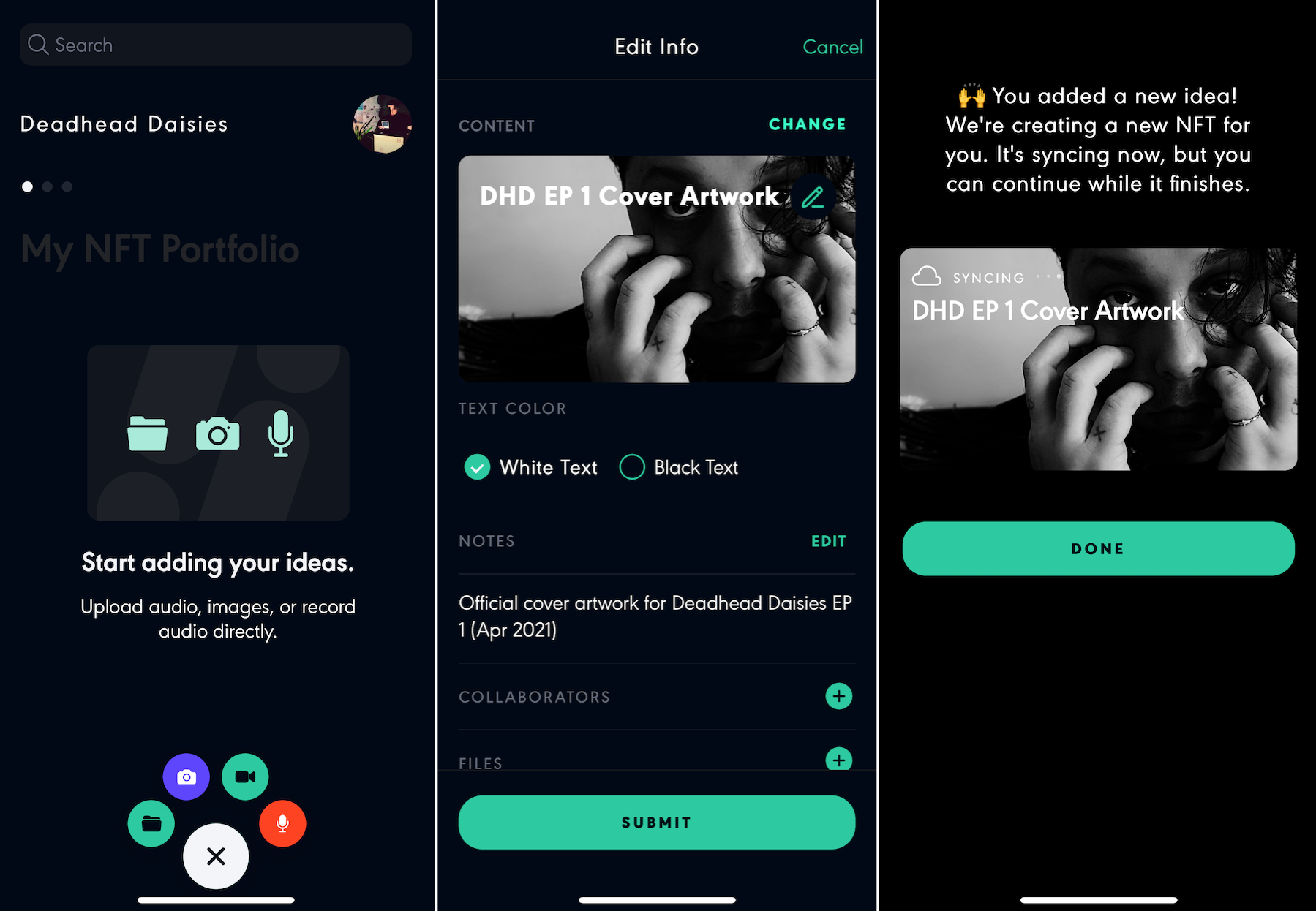 The free S!NG app makes it easy to create NFT’s on your iPhone or iPad (and soon Mac).

With the market in its infancy, a number of platforms for packaging, selling, and promoting NFT releases are beginning to emerge. Below we take a look at a new platform called S!NG that makes it easy for anyone to create, catalog, and soon sell any idea as an NFT from their iPhone.

What is an NFT? It’s likely you’ve at the very least caught wind of the trend with NFT’s (Non-Fungible Tokens). NFT’s essentially act as a receipt of ownership over a digital piece of art or other digital asset. The transaction and record of receipt goes through cryptocurrency platforms, typically the Ethereum blockchain for transactions we’ve seen so far.

Sotheby’s sold its first piece of digital art by artist Beeple as an NFT for a record $69M, Twitter co-founder Jack Dorsey sold his first-ever tweet for $2.9M, while the music industry has also embraced the trend of selling music releases packaged with digital art and other perks, like concert tickets – Kings of Leon, Grimes, and Elon Musk, to name a few.

Create NFT’s on iPhone or iPad

Creating an NFT with the S!NG app is as easy as uploading content to any social media app you’ve used.

Once you’ve downloaded the app and created an account, you can simply upload any file from your iPhone or iCloud Drive to start the process of creating an NFT including audio, videos, and images. And you don’t already need an Ethereum wallet set up to get started and create NFTs.

For the example above, I’ve created an NFT for the official album artwork of an upcoming music project I’m releasing. I simply selected the artwork from my iCloud drive (pulling in the artwork I had saved in my iCloud desktop folder from my desktop), filled out a bit of quick information for it along with a title, and it’s done.

For NFTs with multiple contributors, the app makes it easy to split ownership clearly by registering multiple owners within the “Collaborators” tab via email.

The app automatically starts creating an NFT out of what you uploaded, backing it to the blockchain and storing it in your catalog within the app (as pictured above). You can then securely share and track activity from within your catalog.

The S!NG app is one of the first platforms I’ve used that makes it truly easy for anyone within an iPhone to create and share NFTs quickly and easily even for those without an Ethereum wallet or knowledge of cryptocurrency. The app is marketed not only as a way of creating NFTs that you might eventually sell as commercial releases, but also as easiest way for artists to copyright and catalog their ideas.

That strategy is also why the S!NG app has built in the ability to record new ideas directly in the app. In addition to picking files from on your iPhone and iCloud Drive, you can take photos or record audio and video directly into the app.

Currently there aren’t any editing features for media that’s recorded inside the app, so you’re limited to simply snapping a photo or video with the built-in camera tools or recording a snippet of audio. It works for recording quick ideas, but some proper editing features could make it a really great tool for musicians and digital artists developing ideas.

How to sell your NFTs

In addition to plans to launch its own marketplace in the coming weeks, the S!NG app will support the OpenSea API integration, allowing any user that creates NFTs in the app to easily connect to their OpenSea account to sell them.

On top of OpenSea, when S!NG launches its own marketplace it will feature a curated selection of NFTs from high-profile artists. It told us the marketplace will have zero commission or gas fees (the company plans to eventually sell storage for those with large catalogs), something that should be quite attractive to those selected for the exclusive marketplace as these fees are often quite high relative to purchase prices in other marketplaces.

The S!NG app is backed by a number of notable musicians and artists including front-man of Canadian band Our Lady Peace, who serves as Chief Product Officer and will be one of the first to release a new single on the platform’s upcoming marketplace.

You can download the S!NG app for free on iPhone or iPad.