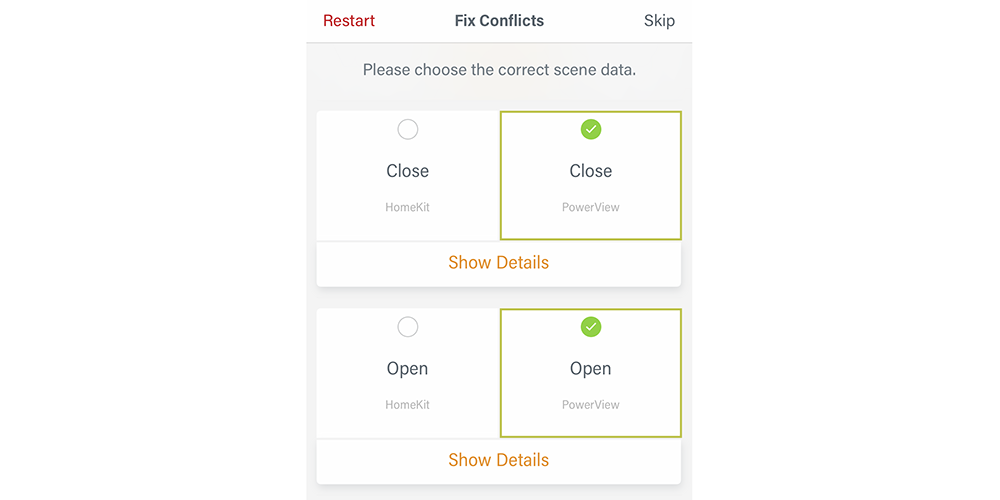 Hunter Douglas has long promised HomeKit support for its window blinds, following support for Alexa and Google Home in a second-gen hub last year. That support landed today, in an update to the PowerView app.

You can now use Apple’s Home app and Siri to open and close the blinds, as well as to set them to any percentage between the two …


The new bridge launched last summer, and immediately allowed the blinds to be controlled by the two main rival smart speaker systems. However, the company said then that it was still waiting for Apple to certify the blinds for HomeKit.

Once you update to the latest version of the app, it automatically detects a second-gen hub, and prompts you to update to HomeKit support. If you still have the first-gen bridge, you’ll need to switch to the new one first.

The hub doesn’t have a HomeKit QR code on it, but does have the 8-digit code (left-hand side on the bottom of the hub). Entering that worked as confirmation.

I updated this morning, and found the process relatively painless, though not completely glitch-free. One of our nine blinds worked the first time then went to ‘No response.’ The battery level is reading 92%, so it doesn’t appear to be that, but will reset it after work.

Once the blinds were added to the Home app, the PowerView app also complained about conflicts between the two. Home seemed to have picked up random groupings of blinds, but this was just a matter of tapping the PowerView version for each.

The Home app now lets me control each blind, and Siri works too.

I’ll now finally be able to incorporate the blinds into my HomeKit scenes, so for example the ‘Sleep’ command will close the bedroom blind as well as switching off the lamps.

Hunter Douglas does caution that it’s not recommended to mix-and-match use of the physical remote and apps, to avoid the system getting confused about the positions of the blinds. The company also recommends that scene changes are made in the PowerView app, which should then propagate to the Home app.

Use of the PowerView Remote to control PowerView shades integrated with Apple HomeKit is not recommended. For optimal system performance, the Apple Home app, PowerView App and Scene Controller are the recommended control options.

Complete all Shade, Room and Scene configuration in the PowerView App prior to enabling HomeKit.

Make any continual edits to Shades, Rooms or Scenes in the PowerView App. These edits will be pushed to Apple HomeKit.

If any changes to Shade and/or Scene information are made in the Apple Home app, you will need to open the PowerView App to confirm those changes, and resolve any conflicts.

You can find the Quick Start guide here.

Check out my detailed Smart Home Diary piece on the blinds, and I’ll cover the HomeKit experience in a future piece.