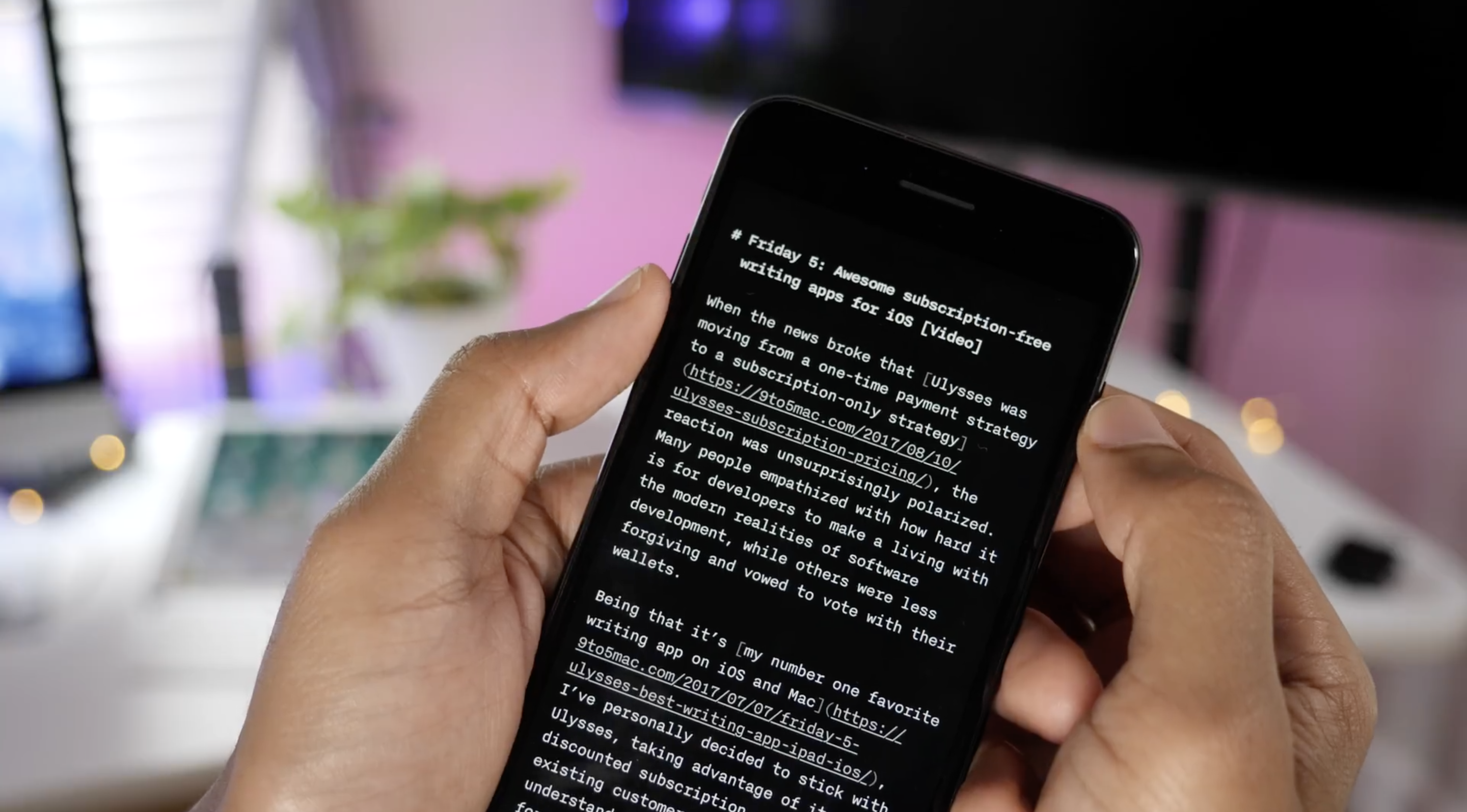 iA Writer is one of the most popular text editors for iOS. It offers features for distraction-free text production with shortcuts and Markdown support. The app has been updated today with Dark Mode, multiple windows support, and more features for iOS 13 and iPadOS.

Users can work on Split View with two windows simultaneously with the new iA Writer version, which is one of the key features of the new iPadOS released last month for all users. Simply tap and hold a file in the Library to open it in a new window, or drag the Dock app icon to edit different documents in the same app side-by-side. It also supports the new system gestures, including three-finger pinch to copy and paste text.

The app now offers more keyboard shortcuts, such as Command + Option + N to create a new window with a new file. iA Writer already had a Dark Mode, but now it automatically follows the theme that was set by the user in iOS 13. Files can be read and exported to external hard drives, SD cards, and USB drives.

“Full Page” screenshots, another iPadOS feature, is now available in the app to capture an entire document to quickly annotate and export it as a PDF file. There are several other improvements, including better support for Handoff and bug fixes.

The app costs $8.99 on the App Store, but the update is free for existing users.