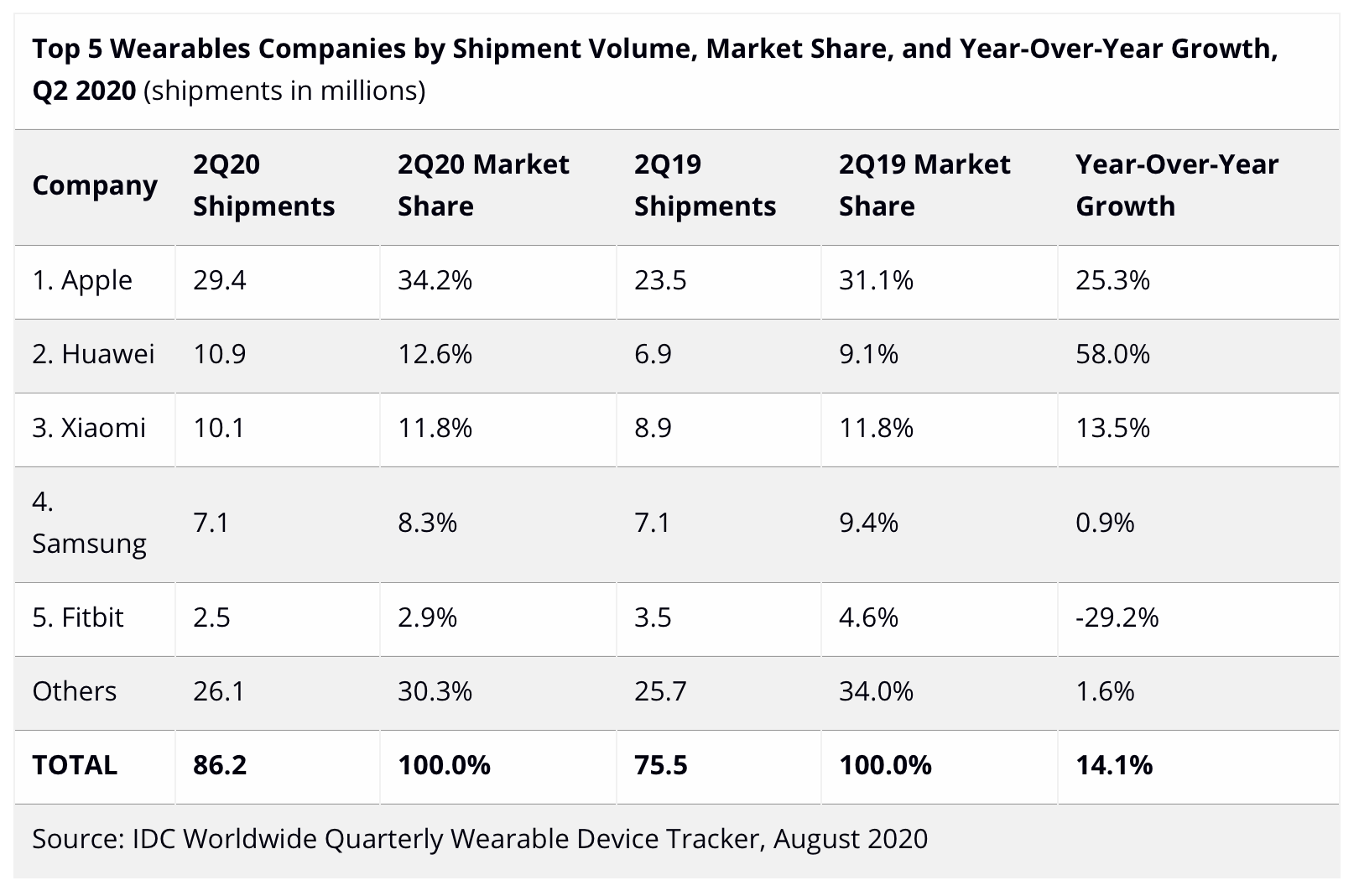 Apple continues to see industry-leading growth in the wearables business, thanks in large part to the continued success of its so-called “Hearables” products. According to new data from IDC, Apple shipped 23.7 million AirPods and Beats products during the second quarter of 2020.

IDC estimates that Apple shipped 29.4 million wearables total during Q2 2020, combining the Hearables category with the Apple Watch. This is up from 23.5 million units during Q2 2019, an increase of over 25% for the quarter. In total, Apple now holds a 34.2% share of the Wearables market, up from the 31.1% it held in the year-ago quarter.

According to data from IDC’s U.S Consumer Technology Purchase Index survey, self-reported consumer spend in the U.S. on hearables built throughout the quarter and into July, up 7% over the April benchmark. Comparable self-reported spend on smartwatches and fitness trackers was down by about a third.

IDC explains how watches and wristbands, such as Apple Watch, struggled during the quarter compared to Hearables. Apple itself has acknowledged that Apple Watch sales were adversely affected by the closure of Apple retail stores due to the COVID-19 pandemic.

Watches and Wristbands represented 39.2% of all shipments, down from 46.8% in the second quarter of 2019. Combined, shipments for these devices declined 4.4% from last year and totaled 33.7 million units. The top vendors – Apple, Huawei, and Xiaomi – gained share and dominance while many other vendors struggled to convince consumers that these devices are “must haves” during an economic downturn.

In total, the entire Wearables market grew by 14.1% year-over-year in Q2, with 86.2 million shipments. Notably, Fitbit saw its shipments fall by 29% in Q2 2020 compared to the year-ago quarter, while Huawei saw massive growth of 58%.

You can see the full chart from IDC below and check out the full report here.