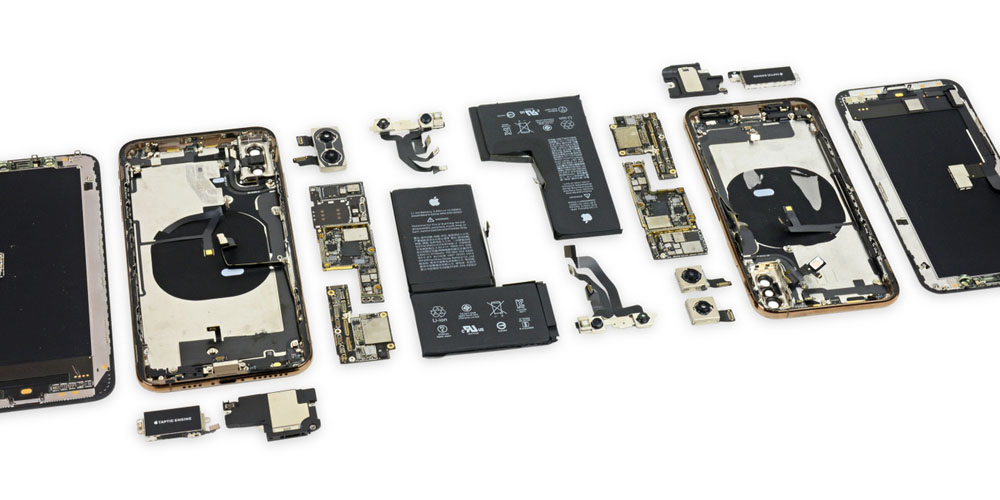 We’ve already seen one iPhone XS teardown from a Dutch company who managed to get their hands on one early, but now iFixit is here with its usual detailed breakdown of what it has found inside.

The company reports that while much is unchanged from the iPhone X, there are a few differences, not all of them yet mentioned by Apple …

After its complete makeover last year, the new iPhone looks very familiar—looks like we’re back on a tick/tock upgrade cycle for now […]

We notice an extra antenna band has moved in where our left-side mic-hole friends used to live. Rumor has it this is for “Gigabit LTE,” and it seems to make a difference […]

iFixit gives the new models a surprisingly good repairability score of 6/10, the main problem identified being the glass back carried over from last year’s model.

Glass on front and back doubles the likelihood of drop damage—and if the back glass breaks, you’ll be removing every component and replacing the entire chassis.

Check out the full set of photos over at iFixit.