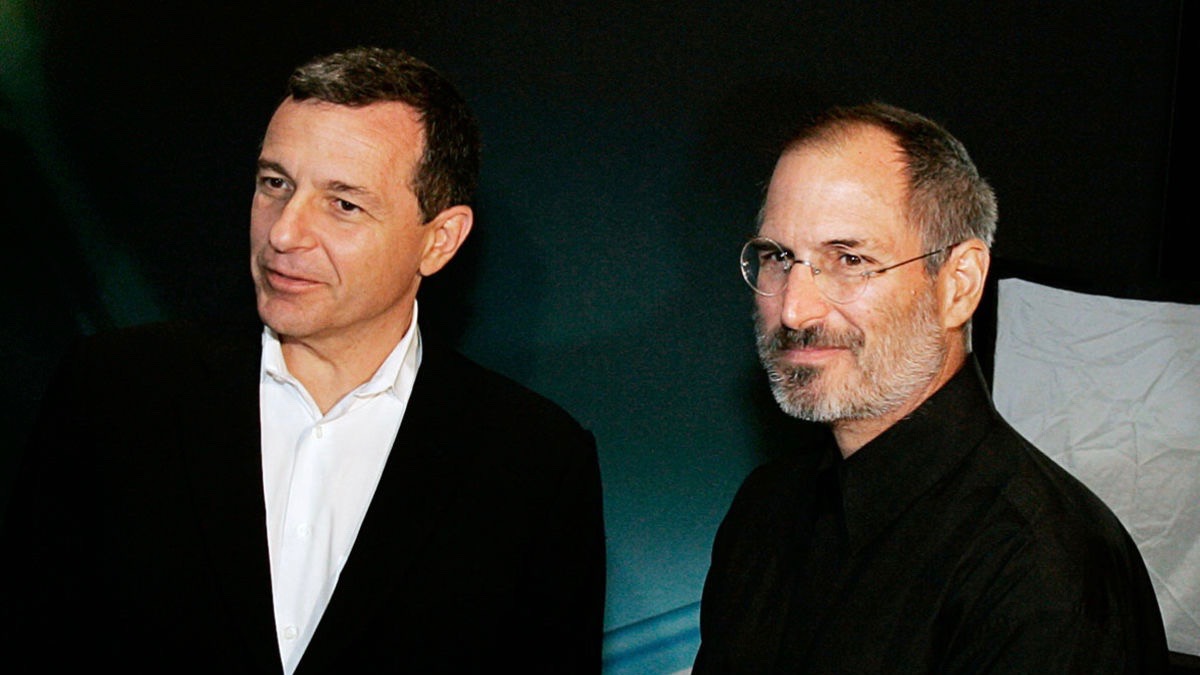 Last week, it was announced that Disney CEO Bob Iger was resigning from Apple’s board of directors as the two companies prepare to compete in the streaming media industry. Iger today shared a new excerpt from his upcoming memoir, which dives deeper into his relationship with Steve Jobs.

In the excerpt on Variety, Iger touches on his relationship with Steve Jobs, including Disney’s acquisition of Pixar in 2006 and deals between Disney and Apple for content and more.

Iger also writes that he believes if Steve Jobs were still alive today, Apple and Disney would have merged — or at least “seriously” discussed it:

With every success the company has had since Steve’s death, there’s always a moment in the midst of my excitement when I think, I wish Steve could be here for this. It’s impossible not to have the conversation with him in my head that I wish I could be having in real life. More than that, I believe that if Steve were still alive, we would have combined our companies, or at least discussed the possibility very seriously.

The idea of Apple buying Disney has surfaced numerous times over the years, but never with any real evidence. Iger doesn’t elaborate — at least in the excerpt — on whether he and Jobs ever actually discussed a merger or acquisition. His comment, however, implies that it’s at least something that was possible, given his relationship with Jobs and Apple.

As Disney prepares to launch Disney+ and Apple prepares to launch Apple TV+, Iger departed Apple’s board of directors earlier this month. The Disney CEO is said to have a friendly relationship with Apple CEO Tim Cook, but the competitive aspect of the two streaming services likely forced Iger to take a step back.

Iger’s memoir, The Ride of a Lifetime: Lessons Learned from 15 Years as CEO of the Walt Disney Company, will be available on September 23 and is available for preorder now.

Podcast of the Week: The Dream Team Tapes

Spotify Sides With Epic Games In Battle With Apple

95% Of Chinese Users Say They Will Ditch Their iPhones If...

Trump Says ‘Whatever’ And Isn’t Worried That Banning WeChat Will Kill...

The Excellent Roborock S5 Robot Vacuum And Mop Is Just $360...