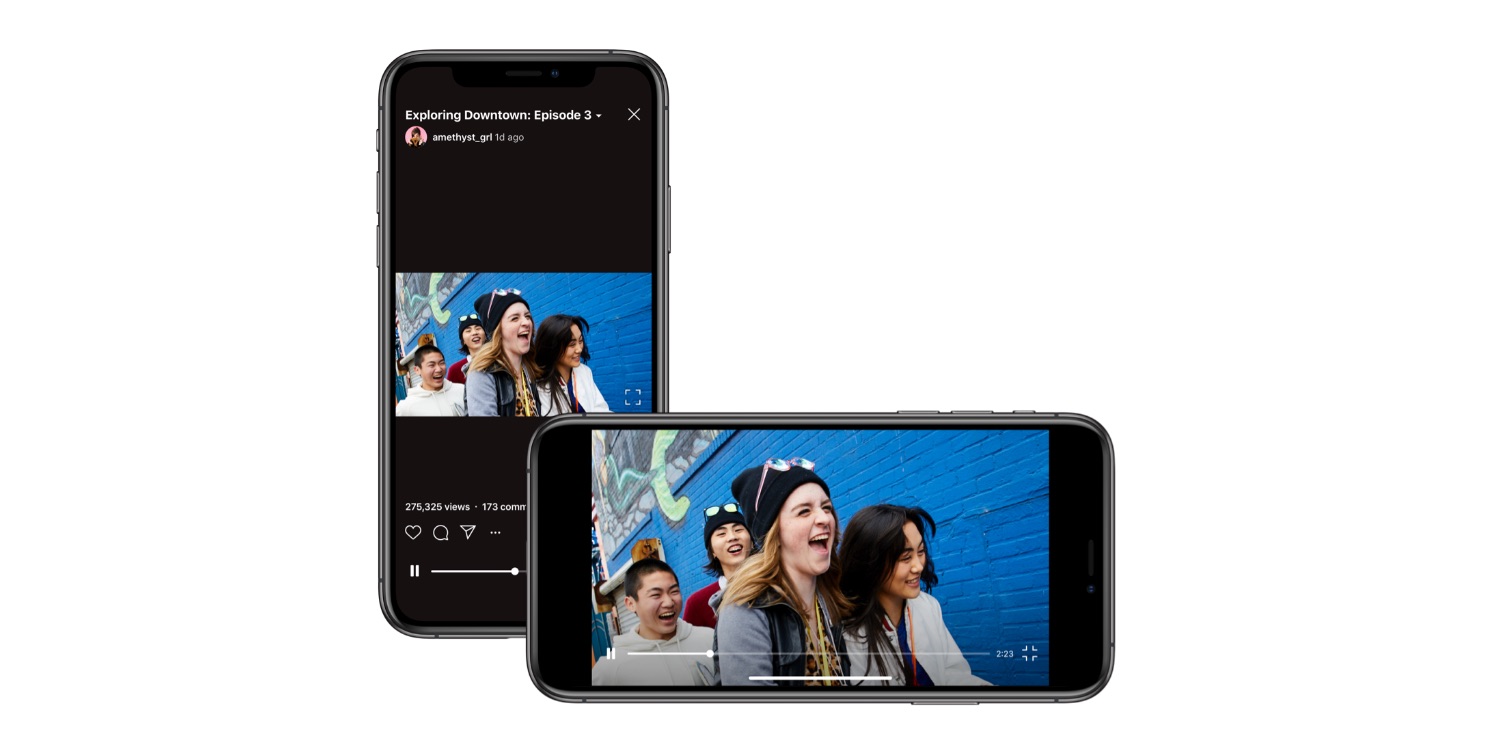 A TikTok-like algorithm and a streamlined interface aren’t the only changes coming to IGTV. Instagram announced today that its long-form video feature is forgoing its vertical-only format restriction.

IGTV launched almost a year ago with portrait orientation videos as a way to embrace watching long-form video content on smartphones, but that presented an obvious challenge for creators. Vertical video doesn’t scale well to services with many more viewers (YouTube) so cross-posting long-form video for audiences on other services wasn’t without compromise.

We realize this is an evolution from where IGTV started – we believe it’s the right change for viewers and creators. In many ways, opening IGTV to more than just vertical videos is similar to when we opened Instagram to more than just square photos in 2015. It enabled creativity to flourish and engagement to rise – and we believe the same will happen again with IGTV.

IGTV still faces other challenges that have been present since its launch last June, like letting creators easily monetize videos with advertising, but Instagram sounds committed to continuing to adapt the platform:

This is just the beginning. We’ll continue to evolve to not only help you grow your communities, but build your businesses across IGTV and Instagram.

Video content from IGTV also recently got an exposure boost for Instagram users when a change to the timeline added previews for IGTV videos. IGTV videos can be explored in the Instagram app or viewed in the standalone IGTV app for iPhone.