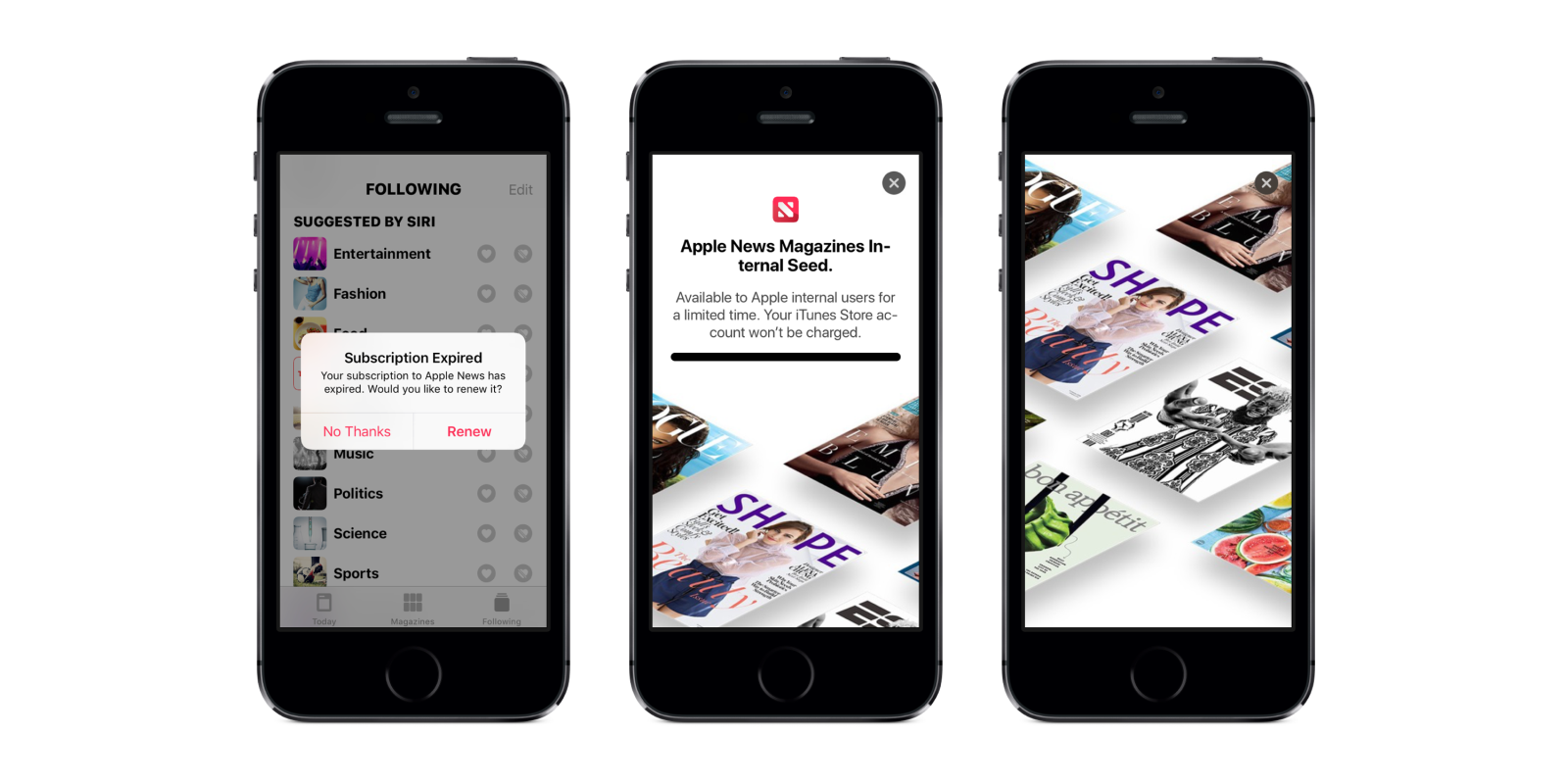 Yesterday, Apple released the first beta of iOS 12.2 for developers. We noticed right away that this release included new features related to Apple’s new magazines subscription service. We also found evidence of new AirPods 2 with support for “Hey, Siri”.

Today, we’ve been able to activate the landing page for this new service on Apple News running on iOS 12.2. It looks like the subscription service will be called “Apple News Magazines” and it will be associated to the user’s iTunes Store account, just like Apple Music. There are many mentions of “bundle subscription” in this beta, which makes us believe this can be a part of Apple’s plan to release an all-in-one media subscription which will include Apple Music, TV shows and magazines.

It’s unclear when this will become available to the public, but with the internal testing happening now and the other rumored new products and services, it’s possible that we’ll see an event in March which would include the announcement of the new TV shows service, Apple News Magazines and this all-in-one bundle subscription.

Looking at the current landing page, it’s possible to see some of the magazines that will launch with the new service, including Vogue, Shape and Bon Appétit, though we couldn’t find any information on pricing so far.

Would you subscribe to an all-in-one Apple media subscription? Let us know in the comments.