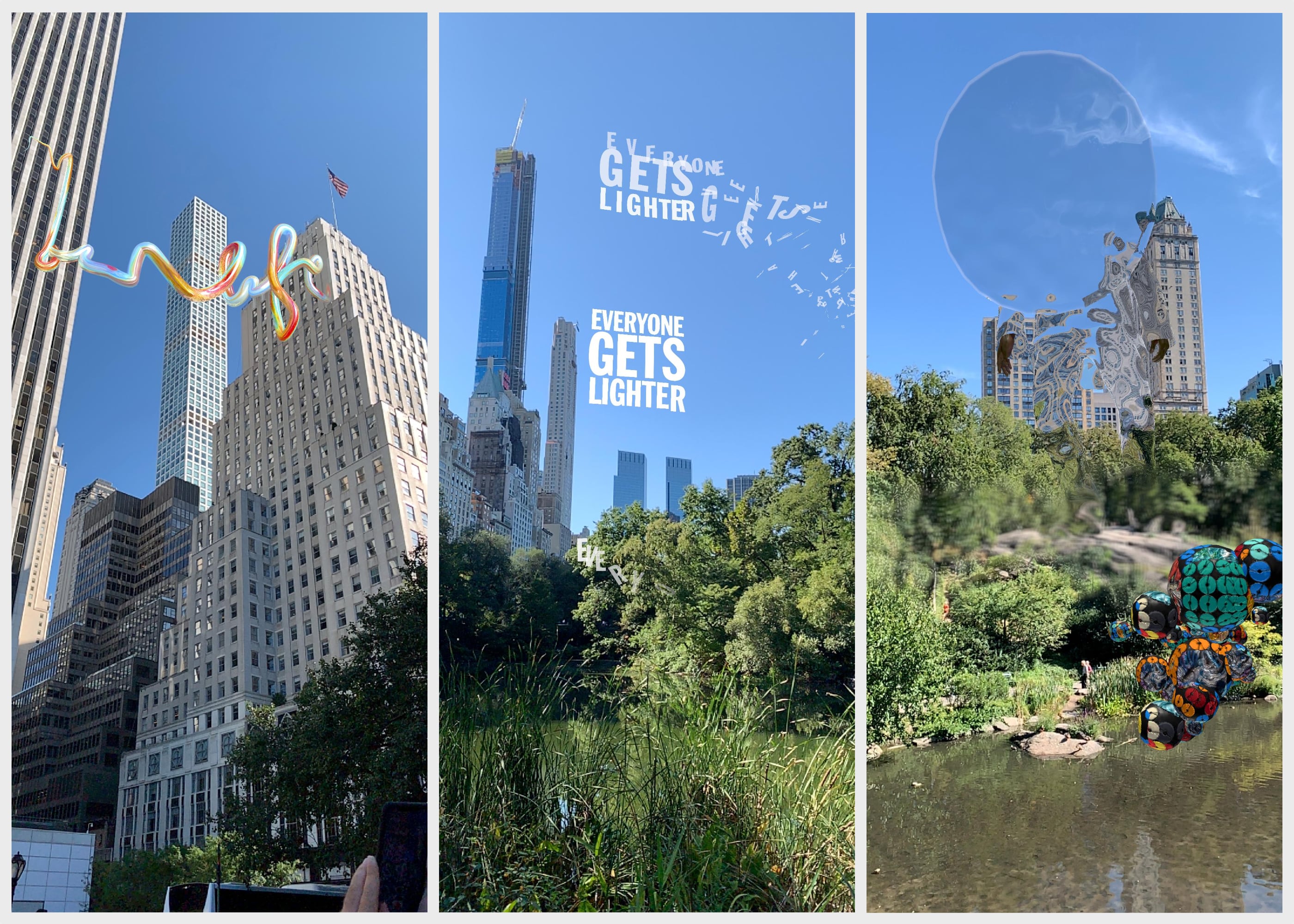 In 2019, a collaboration between seven leading artists helped Apple Stores across the world come alive through augmented reality. A new documentary now available for free on Apple TV highlights the work of each artist and the story of exploring creativity’s outer limits.

Infinite Canvas is the debut film of award-winning photographer Ryan McGinley. McGinley traveled around the world in 2018 to talk with artists discovering augmented reality for the first time. Together with Today at Apple and the New Museum, the project became [AR]T, a series of interactive installations experienced through the lens of an iPhone at flagship Apple Stores across the world.

Last summer, Apple Creative Pros led group sessions that ventured outside the store and into the community. Visitors had the opportunity to explore the city together as reimagined by the seven artists. Apple also collaborated with Nick Cave on an AR installation viewable in every Apple Store in the world, and with Sarah Rothberg on a Lab that taught the fundamentals of creating AR experiences.

McGinley’s documentary focuses on the human side of augmented reality art, engaging each artist in meaningful conversation about their process, motivation, and perspective on the role of creativity where it intersects with technology. AR is portrayed as an avenue for artists to make their work more accessible to a wider audience.

[AR]T was Today at Apple’s most ambitious project since launching, and Infinite Canvas does a great job capturing the spirit of the collaboration. The film lets technology recede to the background and focuses on why we create — to connect with others, to communicate, and to feel something. You can stream the documentary for free in the Apple TV app.