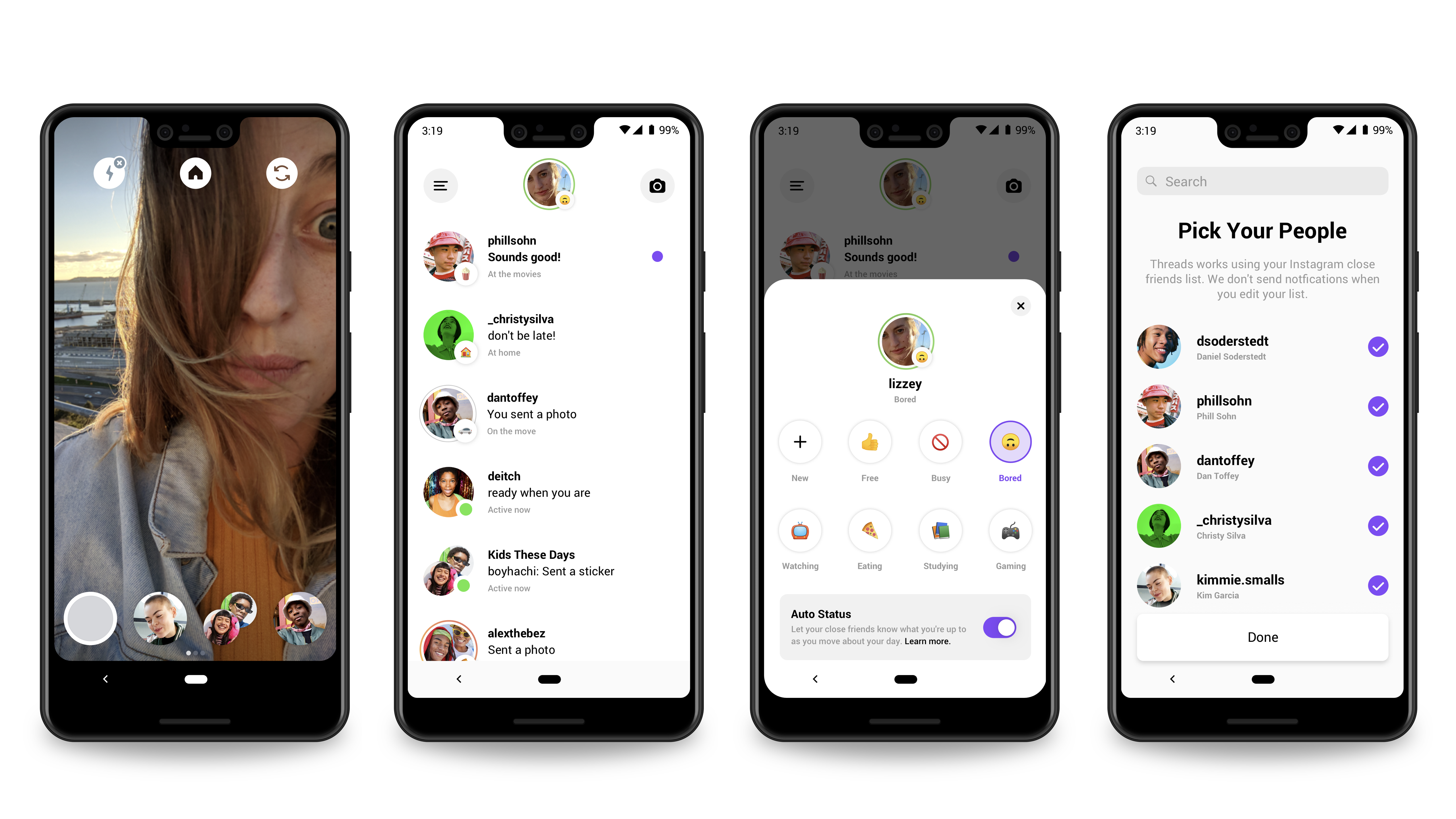 Instagram has officially launched a stand-alone messaging app today called Threads. The company describes it as a “camera-first messaging app” that will give users “a new way to message with close friends in a dedicated, private space.” Threads is a stand-alone app but it will integrate with a user’s Instagram Direct messages.

After rolling out its Close Friends feature last year, Instagram announced the launch of Threads in a blog post today:

Over the last few years, we’ve introduced several new ways to share visually on Instagram and connect with people you care about – from sharing everyday moments on Stories to visual messages on Direct. But for your smaller circle of friends, we saw the need to stay more connected throughout the day, so you can communicate what you’re doing and how you’re feeling through photos and videos. That’s why we built Threads, a new way to message with close friends in a dedicated, private space.

The new app comes as Facebook-owned Instagram continues to battle with Snapchat and is a product of its messaging-first philosophy that was announced earlier this year.

Threads has a focus on speed and privacy and will let users share messages, photos, videos, Stories, and more. Instagram says “you are in control of who can reach you on Threads, and you can customize the experience around the people who matter most.”

Here’s a look at the interface:

Threads is the fastest way to share a photo or video with your close friends on Instagram. It opens directly to the camera and allows you to add shortcuts, so you can share what you’re doing in just two taps.

Another feature coming with Threads is Status.

We’ve heard that you want an easier way to keep up with your friends throughout the day – especially when you don’t have the time to send a photo or have a conversation. That’s why we created status. You can choose from a suggested status ( Studying), create your own (Procrastinating), or turn on Auto Status  ( On the move), which automatically shares little bits of context on where you are without giving away your coordinates. Only your close friends will see your status, and it’s completely opt-in.

As far as integrating with Instagram Direct, messages from those on your Close Friends list will show up in both the new Threads app and Direct in the main Instagram app.

Threads from Instagram is rolling out globally today for iOS and Android as a free download (iOS version not showing up quite yet).