Earlier this year, Apple announced a few App Store review policy changes, which included the reveal of an official API for in-app review and rating requests that developers had the option to put in their apps beginning with iOS 10.3 and macOS Sierra 10.12.4. Additionally, Apple limited how often app developers can push out such prompts to just three times each year. 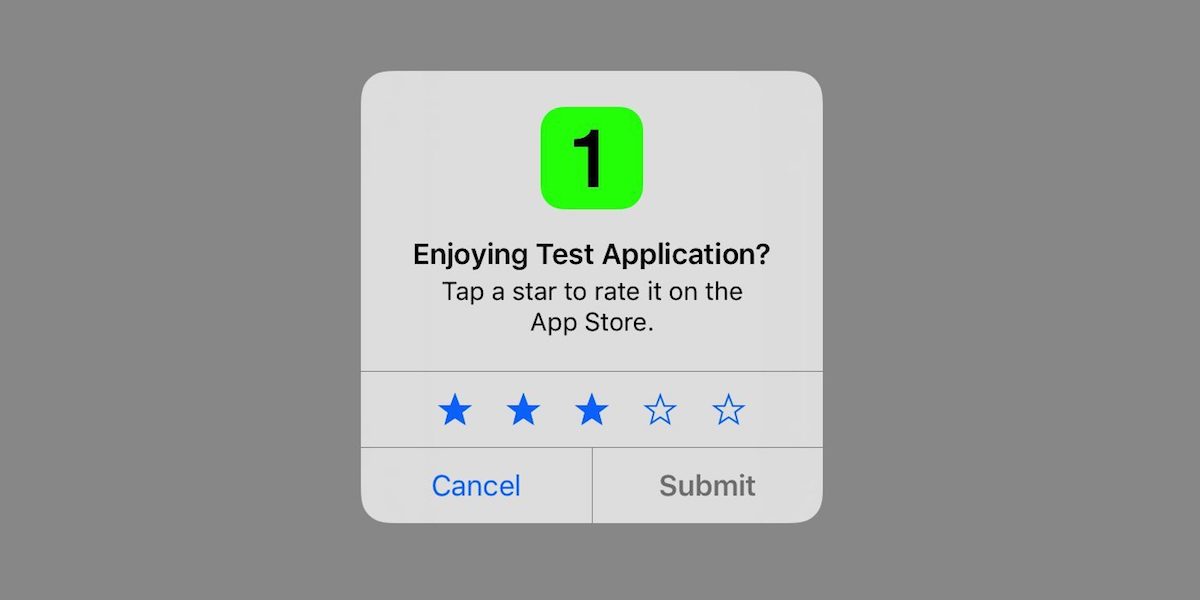 The update also allows developers to respond to customer reviews for the first time.

– App Store customer reviews can be an integral part of the app experience, so you should treat customers with respect when responding to their comments. Keep your responses targeted to the user’s comments and do not include personal information, spam, or marketing in your response.

– Use the provided API to prompt users to review your app; this functionality allows customers to provide an App Store rating and review without the inconvenience of leaving your app, and we will disallow custom review prompts.

The new user interface includes the App Store’s traditional 5-star rating system in a pop-up box, allowing users to enter their opinion of the app without needing to leave it and visit the App Store to submit a review, as was previously the case. In addition to Apple limiting these pop-up boxes to only appear three times per year, if a user actually submits a review for the app, the developer can never request an in-app pop-up review from that user again. 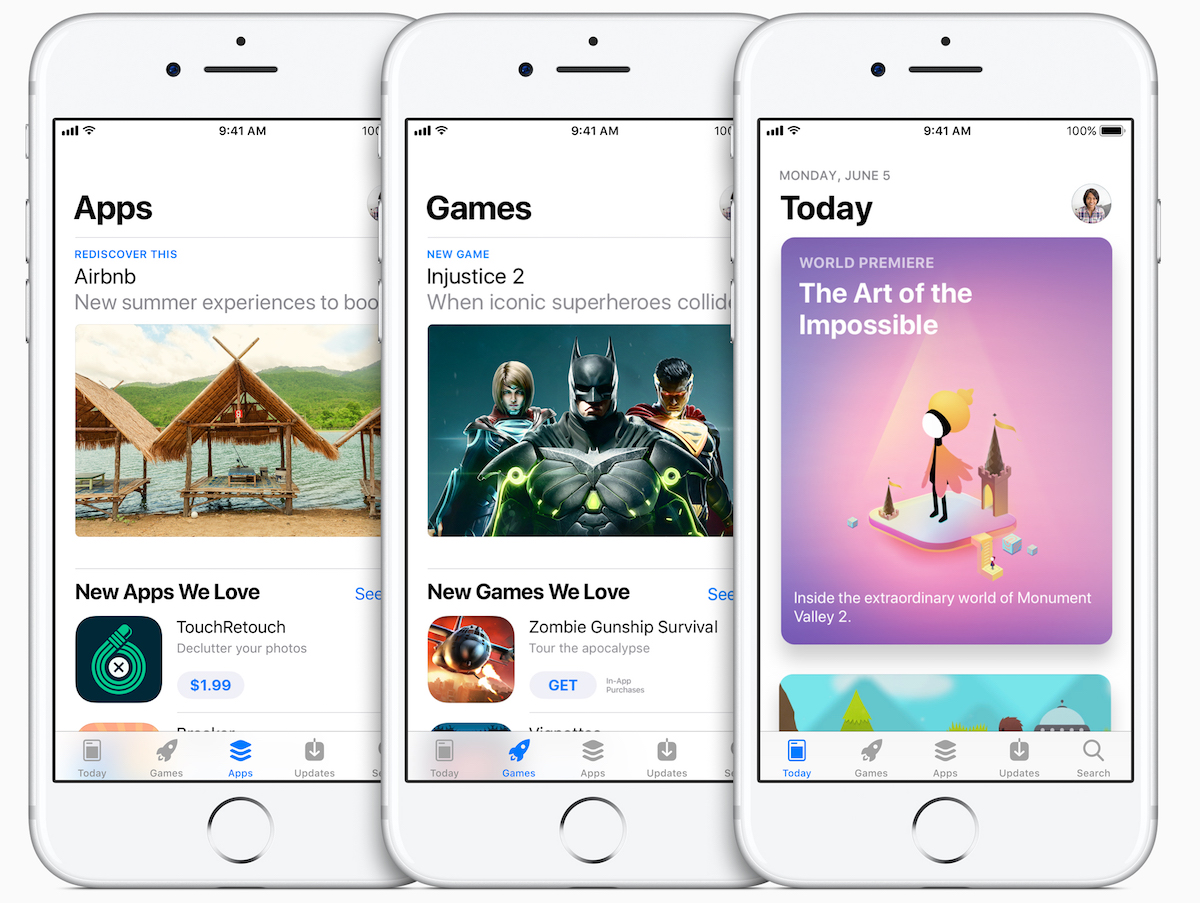 The new App Store in iOS 11

Adding to the strain on in-app review prompts, users can now also turn off these requests completely with a new “In-App Ratings & Reviews” toggle found in the iTunes and App Store section of Settings on iOS 11.

When the updates take full effect, it means that developers won’t be able to ask a user for another review of an app after the same user submits a rating using Apple’s in-app prompt, even if the app has recently received a huge update. On the plus side, star ratings can now carry over across updates — if the developer chooses — so that the App Store rating system is a true overall aggregate of an app and not just user opinions on the app’s current iteration.