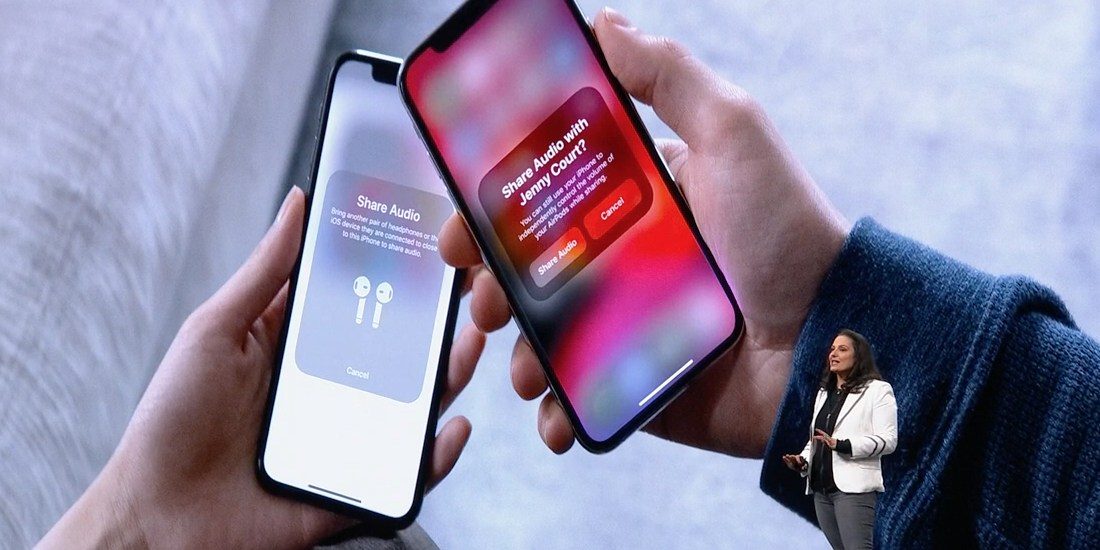 Audio sharing is a new feature in iOS 13 that lets you share the music you are listening to in your headphones with a friend, so you can both enjoy the same audio together. However, it does not work with all devices. Here’s what it is compatible:

Audio sharing means you can enjoy the same music together, watch a movie on an iPad on a plane without disturbing others, and much more.

Audio sharing uses a combination of Apple magic and features of the Bluetooth spec. Apple’s special sauce enables users to begin sharing their audio just by bringing their headphones near another person’s phone. You can also manually set the audio sources in the Control Center Music panel.

The feature may also be compatible with some newer third-party Bluetooth earbuds.

In addition to headphone compatibility, audio sharing only works with select iOS devices. It works with relatively new iPhones and iPads:

Obviously, all your hardware needs to be updated to iOS 13 software as well. Both people need to be using supported headphones, and the audio sender needs to be using a compatible iPhone or iPad.

When music is being shared, each person can independently control the volume of their own headphones, by using the volume buttons on their personal iOS device.

iOS 13 is currently in developer beta. There will be a public beta in July. iOS 13 will be available to everyone in the fall, likely sometime in September.