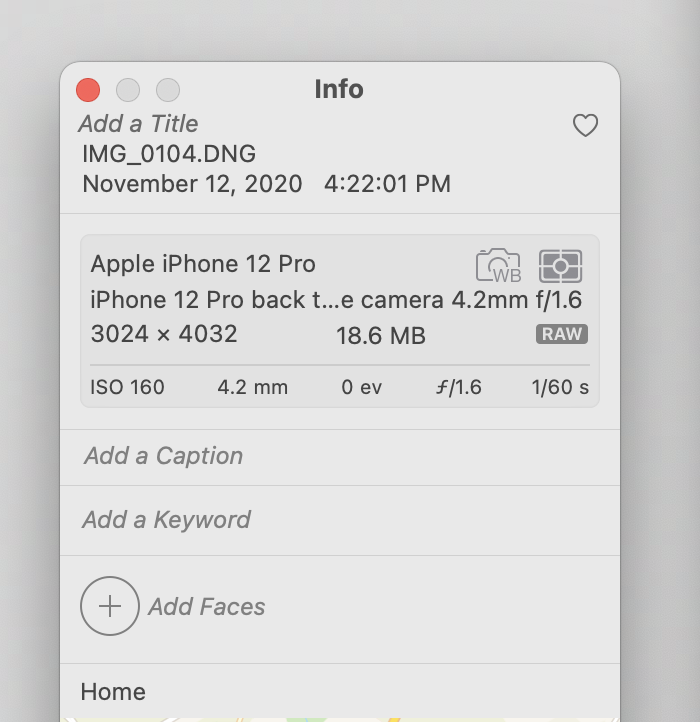 Apple today released then quickly removed the first developer beta of iOS 14.3. In the short period of time it was available, 9to5Mac was able to install the new beta to see what’s new. One of the most notable changes is that iOS 14.3 brings support for Apple’s ProRAW photo format on iPhone 12 Pro.

When iOS 14.3 is available, you’ll be able to enable the option via the Settings app under the “Camera” section then under “Formats.” In that area of the Settings app, you should see a new toggle for Apple ProRAW. Apple warns that each file in the ProRAW format will be approximately 25MB in size:

Show Camera control for ProRAW. ProRAW is a 12-bit file that uses the Linear DNG format to retain more information and dynamic range in the file, providing additional flexibility when editing exposure and white balance. Each file is approximately 25 MB.

Once you’ve enabled this setting, you should see a new RAW toggle in the upper-right corner of the Camera app. You can tap the toggle to enable or disable capturing in the ProRAW photo format. The feature is available only on the iPhone 12 Pro and iPhone 12 Pro Max.

Apple announced the ProRAW format last month alongside the iPhone 12 Pro and iPhone 12 Pro Max, teasing that it would be available via a future software update. The goal of ProRAW is to combine Apple’s computational photography features, such as Deep Fusion and Smart HDR, with traditional benefits of shooting in RAW.

Generally, shooting in RAW will give you more control over adjusting details such as color, details, and dynamic range of an image after it has been taken. Here’s how Apple describes ProRAW:

ProRAW gives you all the standard RAW information, along with the Apple image pipeline data. So you can get a head start on editing, with noise reduction and multiframe exposure adjustments already in place — and have more time to tweak color and white balance.

It’s unclear when Apple will release iOS 14.3 to the public or even when the first developer beta is re-released. For now, we’ll keep digging through iOS 14.3 to find out what else is new.