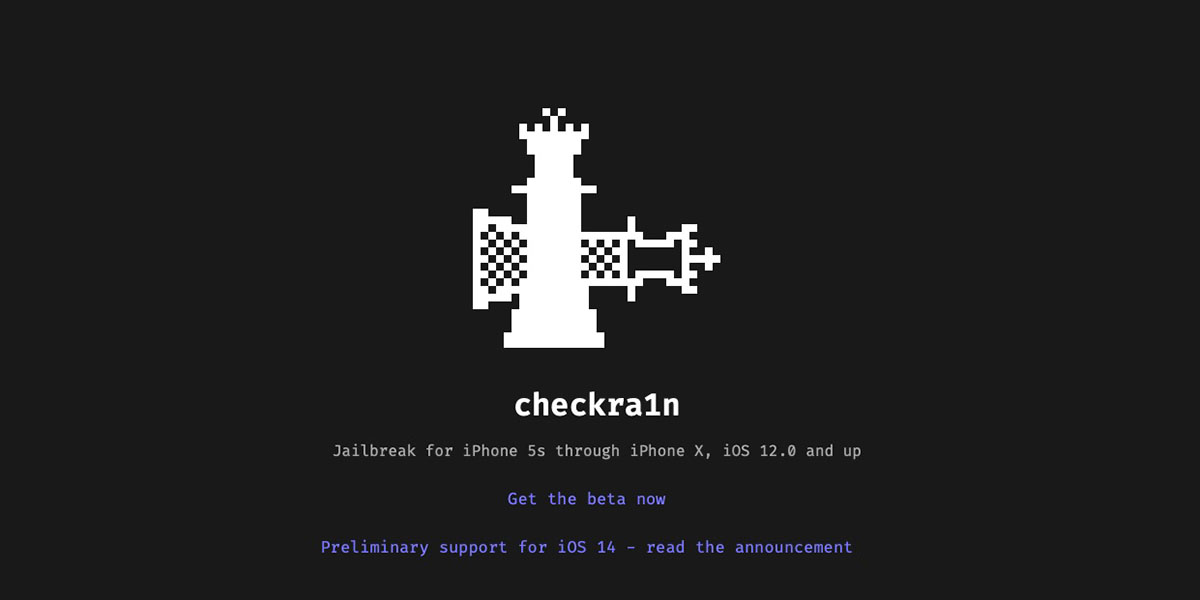 An iOS 14 jailbreak is now available for older devices, and the team says that it will likely support some newer ones soon.

The previous checkra1n jailbreak was based on a hardware vulnerability found in almost every Apple A-series CPU up to A11 Bionic chip. Since it was a hardware exploit, that made it impossible for Apple to patch with a software update, but the company did come up with a way to prevent installation on the A10 chip and later.

Today we’re releasing checkra1n 0.11.0 with support for iOS 14 on A9(X) devices and lower. For newer devices, we need more time to work around a new security mitigation.

In iOS 14, Apple added a new mitigation to SEPOS on A10 and above (except on Apple TVs and iBridge): if the device was booted from DFU mode and the Secure Enclave receives a request to decrypt user data, it will panic the device. Since checkm8 does not give us control over the Secure Enclave, this is not trivial to workaround. However, with the recently published blackbird vulnerability, we areable to get control of the Secure Enclave on A10 and A10X and disable this mitigation. Support for A10 and A10X devices is being worked on and is expected to be ready in the coming weeks.

We are not yet sure whether the same can be done for devices with the A11 chip with this vulnerability, but we will release another statement once we know more.

These are the devices that we will initially support on iOS 14:

Devices that we hope will be supported in the coming weeks:

Devices that will be addressed in a future statement:

You can download the Mac installer here. The team cautions that it’s a beta preview that should not be installed on primary devices due to the risk of unexpected problems, including the possibility of data loss.