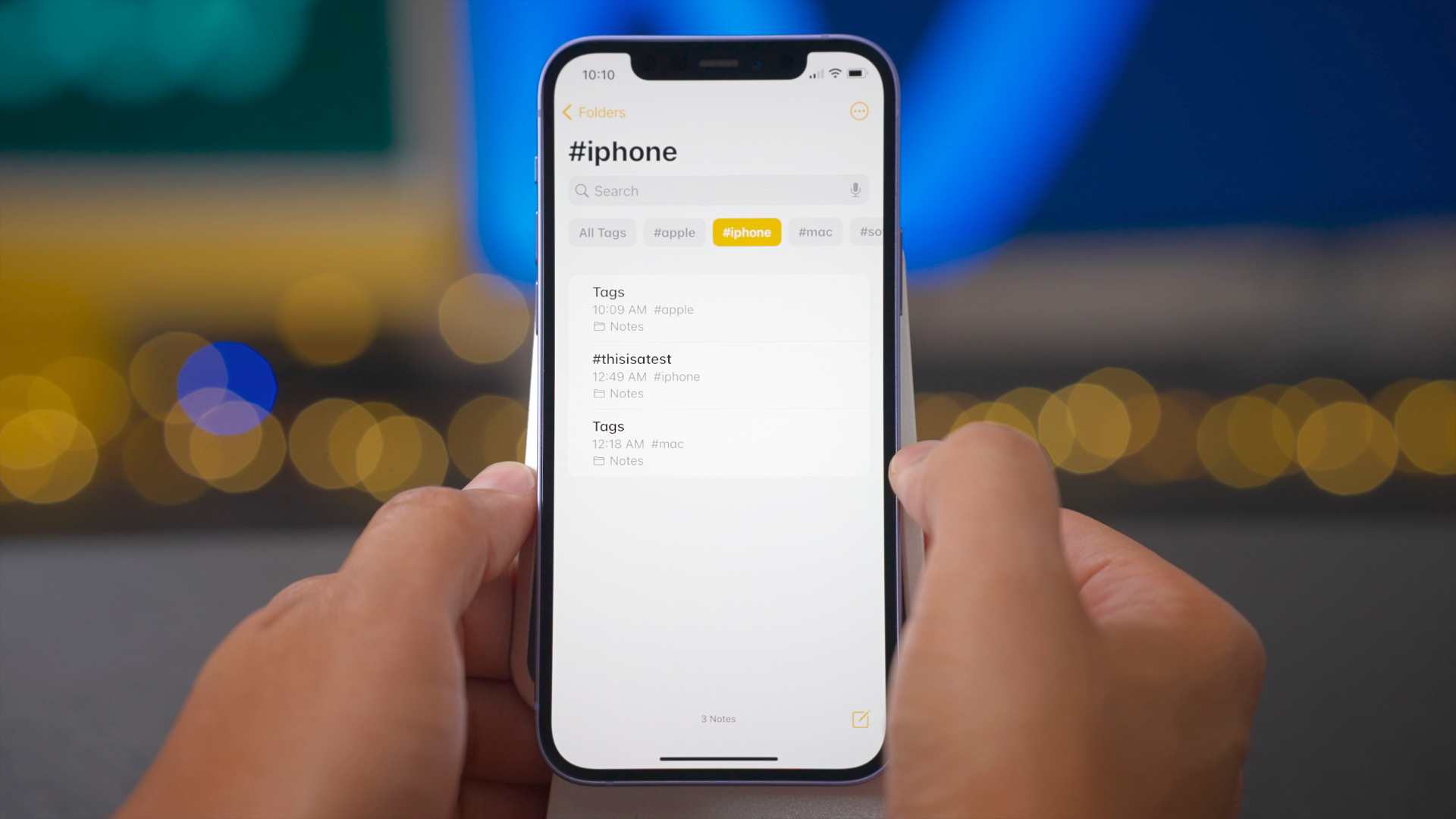 The initial iOS 15 developer beta has been available for two weeks, and I have a lot to share after some extended hands-on time with this massive release. iPhone users are in for a treat thanks to such features like tag support for the Notes app, Focus modes with customizable Home screens, and major updates to Accessibility. Watch our hands-on video walkthrough as we explore more than 300 of the top iOS 15 features, and be sure to subscribe to 9to5mac on YouTube for lots of additional iOS 15 coverage in the coming days and weeks.

As usual for a major iPhone software release, iOS 15 has tons of new changes and features, but in this post, I’ll highlight a few of my favorite standout additions for iPhone users. After reading, be sure to take some time to watch our hands-on video as we deeply explore the various parts of iOS 15. Below I’ve included time stamps to make it easier to navigate through the video and watch only the portions that interest you.

iOS 14 introduced the ability to hide Home Screen pages, and iOS 15 builds on this foundation. Users are now allowed to rearrange pages directly from the page editor similarly to the way that individual apps are rearranged on the Home Screen. In addition, individual pages can now be outright deleted, with all apps on that page remaining in the App Library.

One of my favorite new features in iOS 15 is support for tags in the Notes apps, which should greatly increase the ability to stay organize. New tags can be created simply by typing a hashtag followed by the name of the tag. Users can then filter notes based on a single tags, or multiple tags. There’s even the ability to create Smart Folders that will automatically populate based on tag.

Focus is basically Do Not Disturb on steroids. Building on the foundation laid by DND, Focus allows users to automatically filter notifications based on a current task. Users can even create custom Focus modes, and establish dynamic Home Screen setups based on the current mode. Be sure to watch Focus demonstrated via our walkthrough.

One of the key FaceTime enhancements in iOS 15 is the introduction of SharePlay, which lets you watch movies and TV shows, share your screen, and listen to music together with friends. One of SharePlay’s notable features is synced playback, which allows all users to pause, rewind, fast-forward, or skip to another part of a video and everyone’s playback remains in sync. Although SharePlay isn’t fully functional in the initial iOS beta, you can watch a demo of SharePlay in action with a third-party app in our hands-on video walkthrough.

As always, the newest version of iOS features a sizable helping of accessibility improvements, but I was particularly impressed with this year’s array of enhancements. For the first time on iPhone, it’s now possible to set per-app accessibility settings. For example, if Smart Invert makes it easier to use a specific app, but you don’t want to invert the entirety of iOS, you can permanently enable Smart Invert on a single app of your choice.

There’s also a new background sounds option in Accessibility that will play soothing dark noise, ocean, stream, or rain sounds to help mask unwanted environmental noise. Users can even choose to mix background sounds with other audio or system sounds.

We’ve timestamped each section of our video walkthrough to make it easy to skip to the sections you want to watch.

At first glance it might seem like iOS 15 isn’t as big as the previous few major iPhone software releases, but upon closer inspection, it becomes evident that that’s not necessarily the case. This is just a smattering of the many, many new features and enhancements in iOS 15.

Although the release includes some peculiar design decisions, particularly with Safari, this is a hugely impressive update, especially given the circumstances surrounding the pandemic.

We’ll be back with much of iOS 15 hands-on coverage. In the meantime, what are your top five favorite iOS 15 features?