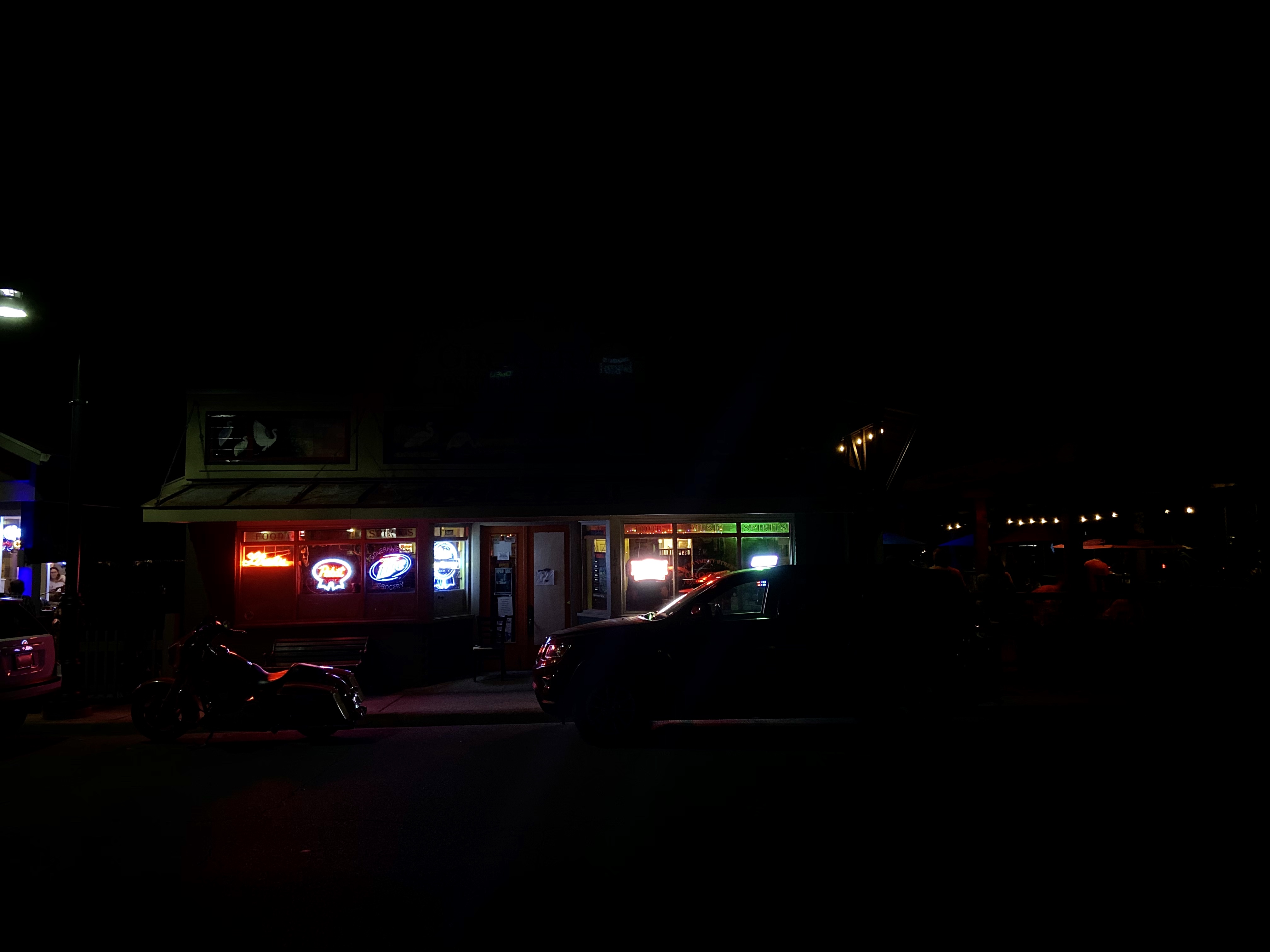 Apple introduced a major photography upgrade to iOS in 2019 with Night Mode on the iPhone 11. Extremely low light shots that would otherwise be lost to the limits of small camera sensors instantly became shareable. Except, some shots aren’t so post-worthy with Night Mode applied to the camera…

I mentioned this challenge in my initial review of the iPhone 11 camera:

Night Mode isn’t magic. You can’t just aim your camera into the abyss and capture something that you can’t see. There needs to be some amount of light for Night Mode to work. You can flood the sensor with light though; aim the camera toward a street light and the whole shot will come off poorly. […]

Night Mode isn’t always the right mode, of course, and the iPhone excels at taking dark shots accented with light. The Night Mode shot in the last example succeeds in revealing more of the scene, but keeping the light exposure under control for one to ten seconds with the iPhone handheld is a challenge.

The referenced photos were these:

The first shot is kind of cool. You’re typical intense iPhone shot of some nightlife downtown. The second shot is much better for referencing what was in the scene later, but it’s a crummy photograph.

Apple has always allowed you to disable Night Mode for low-light shots, but the process isn’t fast. If the iPhone detects that Night Mode should be used, the camera automatically enables it.

Only then can you turn off Night Mode for that shot or shooting session. Fire up the camera after a break, and Night Mode will once again default to on when low light is detected.

New in iOS 15 is an option that effectively lets you disable Night Mode on the iPhone camera. Here’s how:

Turning this setting on tells your camera to keep Night Mode off if you’ve disabled it for a shot. You can still use Night Mode when you need it by manually engaging it in the Camera app, but you make the decision now instead of the iPhone.

Night Mode is great, and having it turn on automatically is probably the right default. Still, having this new option to opt out of Night Mode until you want to use it is a time saver when capturing low-light shots that would be blown out by the feature.

iOS 15 is currently in beta and will be released publicly next month.