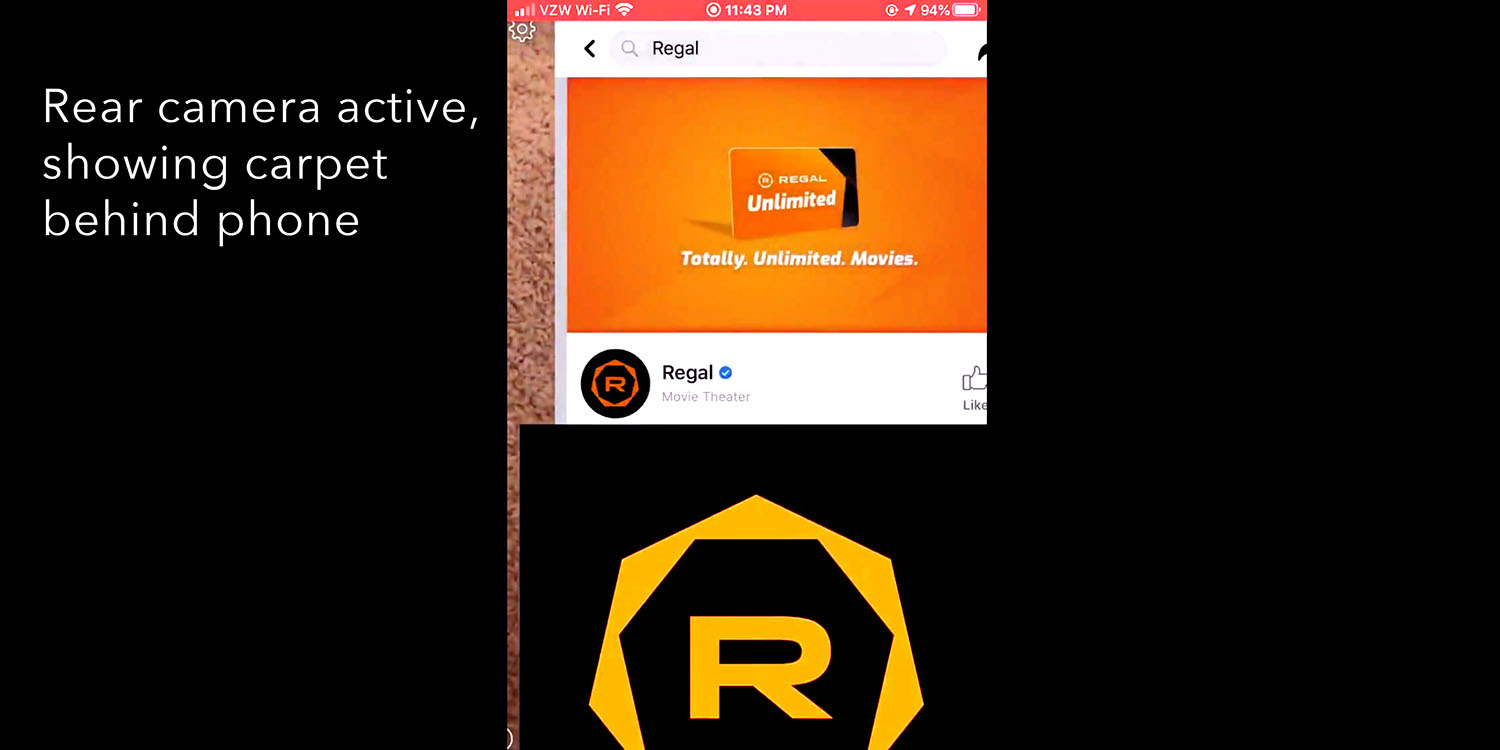 Web designer Joshua Maddux has found the iOS Facebook activating the iPhone camera while scrolling his feed. He found the same issue on five separate devices, with others able to replicate. The same issue does not appear to be present in the Android app.

Maddux posted a video (below) showing the behavior …


He tweeted that the issue came to light due to an apparent bug in the app which allowed him to see the camera view to the left of the feed within the app.

Found a @facebook #security & #privacy issue. When the app is open it actively uses the camera. I found a bug in the app that lets you see the camera open behind your feed. Note that I had the camera pointed at the carpet.

The findings are consistent with our own attempts. While iPhones running iOS 13.2.2 indeed show the camera actively working in the background, the issue doesn’t appear to affect iOS 13.1.3.

Another commenter in the thread says he sees it too on an iPhone 7 Plus running iOS 12.4.1.

Facebook’s most infamous privacy breach, the Cambridge Analytica scandal, was the result of negligence rather than malice. The company recently paid a fine for this failing, and the likelihood is that camera activation is a bug rather than any nefarious intent on the part of the social network. One possibility is a gesture bug partly opening Stories.

All the same, as bugs go, switching on your camera in the background is about as big a security fail as you could possible have.

TNW says that the feed is live only if you have given the Facebook app permission to use your camera, otherwise it attempts to do so and iOS blocks it. Many people will have granted access in order to take photos within the app.

The best advice for now would appear to be to revoke Facebook’s permission to use both camera and microphone. You can do this in the Settings app > Privacy > Camera > Facebook and Settings > Privacy > Microphone > Facebook. You can then use the normal Camera app to take photos or videos to upload into the Facebook app, when it only needs access to your photos.

You can see the video below.

Found a @facebook #security & #privacy issue. When the app is open it actively uses the camera. I found a bug in the app that lets you see the camera open behind your feed. Note that I had the camera pointed at the carpet. pic.twitter.com/B8b9oE1nbl