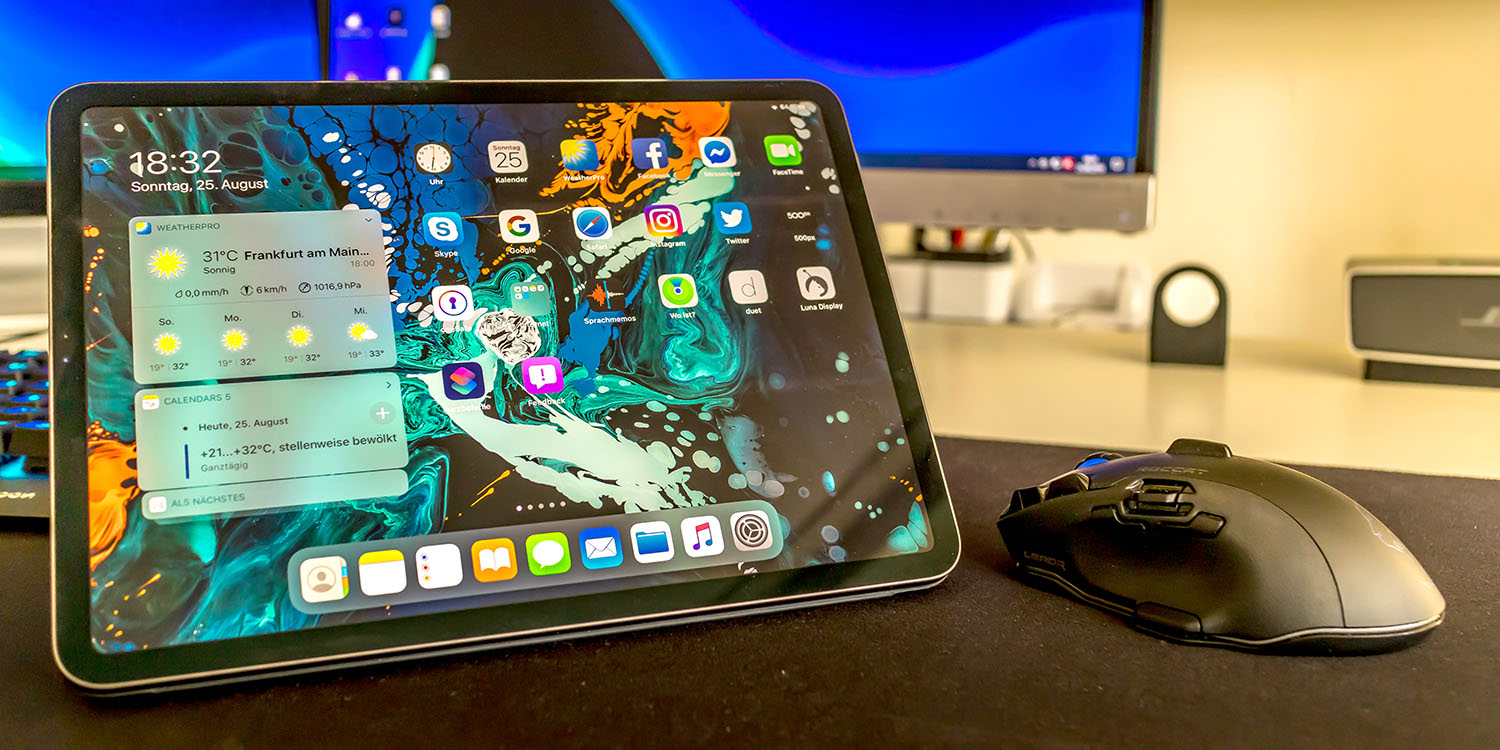 If Apple were to make mouse support for the iPad into a mainstream feature, that could be a game-changer for iPad gaming, says an analyst specialising in mobile markets.

It would, he argues, open the way to the iPad offering full PC-level gaming as well as the mobile games currently on offer …


iPadOS for the first time allows an iPad to be controlled by a mouse or trackpad, but this ability is currently rather well-hidden. It’s billed as an accessibility feature, and implemented in a rather clunky way.

Apple has already acknowledged that mouse support appeals to many more people, leading to speculation that it will in future make the feature both slicker and easier to access.

The company may be planning to add full mouse support in the near future to make the iPad a productivity and gaming platform, according to Maldonado […]

“The iPad is becoming a PC,” Maldonado said. “It’s a game-changer … To me, it’s Apple executing a vision of ‘we want the iPad to be as good and as powerful as the MacBook.’” […]

Adding mouse support to iPadOS has many implications for gaming, Maldonado said.

“There are three types of gaming: PC gaming, console gaming and mobile gaming,” he said. “Apple could have a PC gaming play with the iPad with the mouse and the chips prowess they have, the way they’re moving these things forward. It could be Apple’s first foray into hard-core gaming.”

“To me, Apple Arcade is basically an extension of the Apple Music play, which is ‘Let’s create a service,’” Maldonado said. “What I’m talking about is changing to a different level of gaming.”

Some think Apple has taken its current approach to limit cannibalisation of MacBook sales. However, the company has previously pitched the iPad Pro as a computer.

Apple today has shared a new advertisement on its YouTube channel for the iPad Pro. The ad positions the iPad Pro as a true replacement for a computer and is entitled, “iPad Pro – What’s a Computer?”

CEO Tim Cook has also said that Apple isn’t afraid to cannibalise its own products, for example when talking about larger iPhones reducing demand for iPads.

I think it clearly created some cannibalisation – which we knew would occur – but we don’t really spend any time worrying about that, because as long as we cannibalise [ourselves], it’s fine.

Apple Arcade offers more than 100 games. Other developers are describing their iPhone and iPad versions of classic PC and arcade games as ‘full’ ones.