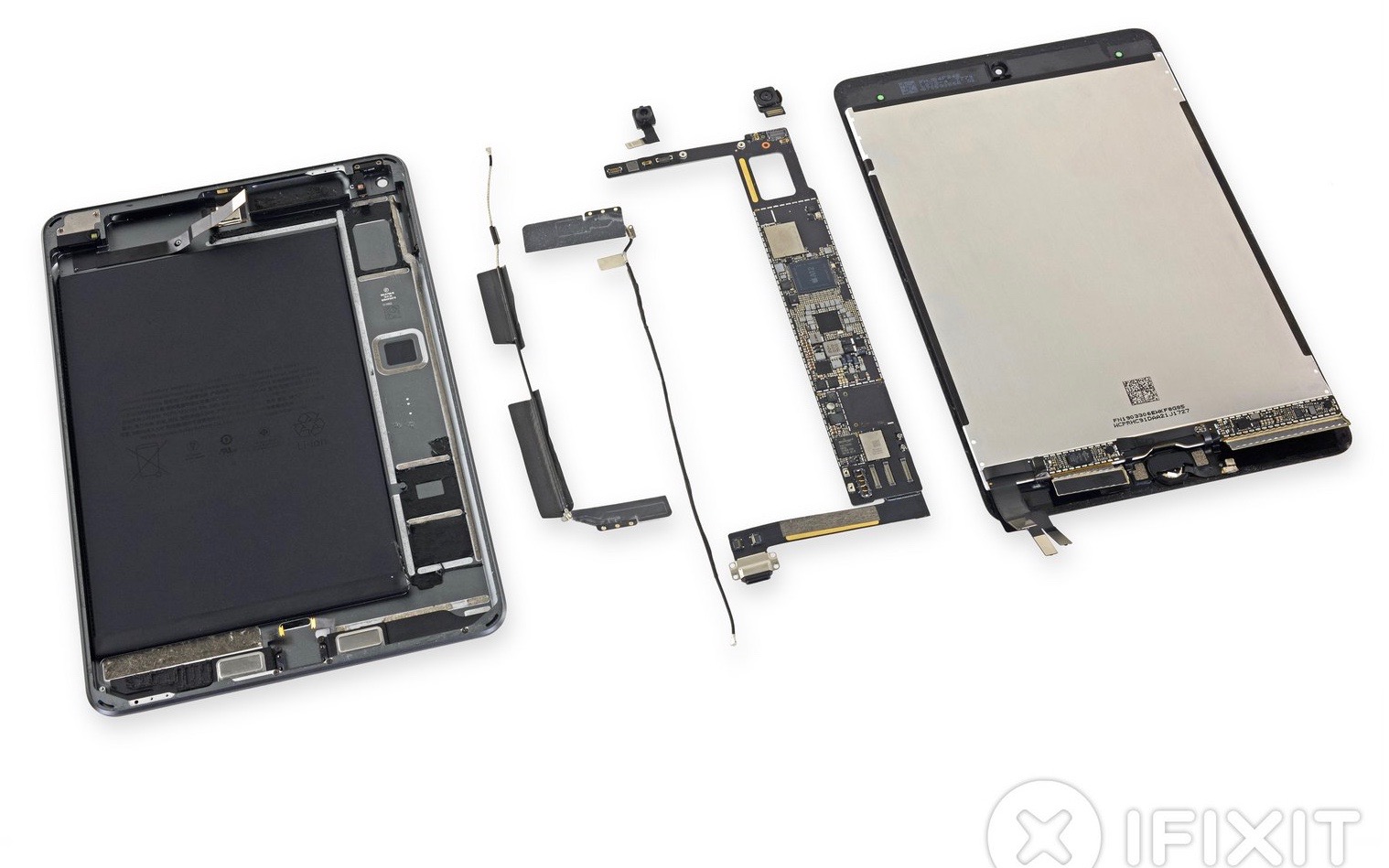 The iPad mini 5 isn’t a huge update compared to its predecessor, but for fans of the 7.9-inch form factor, it was a long time coming. This morning, the folks at iFixit have posted their full teardown of the device, offering a closer look at the similarities and differences between the iPad mini 5 and the iPad mini 4.

On the exterior, the new iPad mini looks nearly identical to its predecessor. The only differences are the new “A2133” model number on the back, as well as the loss of regulatory markings, which are now all software-based.

Internally, iFixit says the new iPad mini isn’t a scaled down version of the new iPad Air. Instead, it’s simply an updated version of the iPad mini 4. The battery is the same size, rated for 19.32Wh, though it’s a slightly different model. The front-facing camera module has been updated to a 7MP sensor, and there are new ambient light sensors to accommodate True Tone display technology.

The microphones have also been moved and are now located near the front-facing camera. The teardown also reveals that the new iPad mini incorporates Bluetooth 5.0 technology and includes 3GM of RAM, which was previously suggested by Geekbench scores.

As usual, iFixit is not a fan of the iPad mini 5’s repairability. The site gives the device just a 2 out of 10 for its repairability, noting of difficulties replacing the Home button, the sheer amount of adhesive that complicates “all repairs,” and battery replacement being “unnecessarily difficult.”

Apple announced the new iPad mini two weeks ago, alongside an updated 10.5-inch version of the iPad Air. Both new iPads support the first-generation Apple Pencil, while the iPad Air also supports a Smart Keyboard.

The full teardown can be found on iFixit’s website.