We yesterday reported on an iPhone 11 Pro camera test which pitted Apple’s flagship iPhone against a $7,500 Canon 1DX Mark II DSLR. YouTuber Matti Haapoja concluded that the iPhone’s performance was ‘scarily close’ to that of the high-end DSLR.

To be completely fair, CNET’s Andrew Hoyle says that he processed the iPhone photos in exactly the same way as his DSLR shots.

For the most part I shot in raw format using the Moment app and processed the images in Lightroom Mobile on the phone itself. As this is how I work with my pro equipment, it seemed the fairest comparison. Keep in mind that nothing you see here is “straight out of camera” (unless otherwise stated). Instead, I want to show what can be achieved with the phone’s camera when you take the time to craft an image.

Some shots, it must be said, look distinctly ordinary. A shot of a bay from up high in good light, for example, is the sort of photo any modern smartphone camera can handle with ease. But the photo below is a challenging one, with bright highlights and deep shadows. A smartphone shot will often result in blown highlights or lost shadow detail. But here, the sensor coped with both, allowing highlights and shadows to be recovered in processing.

In a shot of a McLaren he just happened to have borrowed for the trip, he said there was little to choose between the two.

It was a small quarry, just off the main road. Large mounds of rubble and rock were piled around, and there was an excavator of some kind left unattended. I wasn’t sure if I was allowed on the site, but there was no gate, no signs and nobody around. I decided to quickly reverse the car into a position I liked and hopped out to shoot.

I love the contrast of the vibrant McLaren against the colorless rubble. I shot this using the telephoto mode on the phone, in raw format and did some basic tweaks to exposure and contrast in Lightroom. I also slightly lightened the front wheel to show off its details.

Here’s (right) an almost identical shot taken with a Canon 5D MkIV and a 70-200mm lens. It’s remarkable that there’s such little difference between the two images. If anything, I prefer the iPhone’s image for the way the reflections look on the front of the car. This is a great example of just how well a phone camera can compete with professional photography equipment when you take time to craft it.

The most impressive part of his iPhone 11 Pro camera test is a night shot. Let’s start with a shot from the iPhone XS Max, which lacks Night mode: 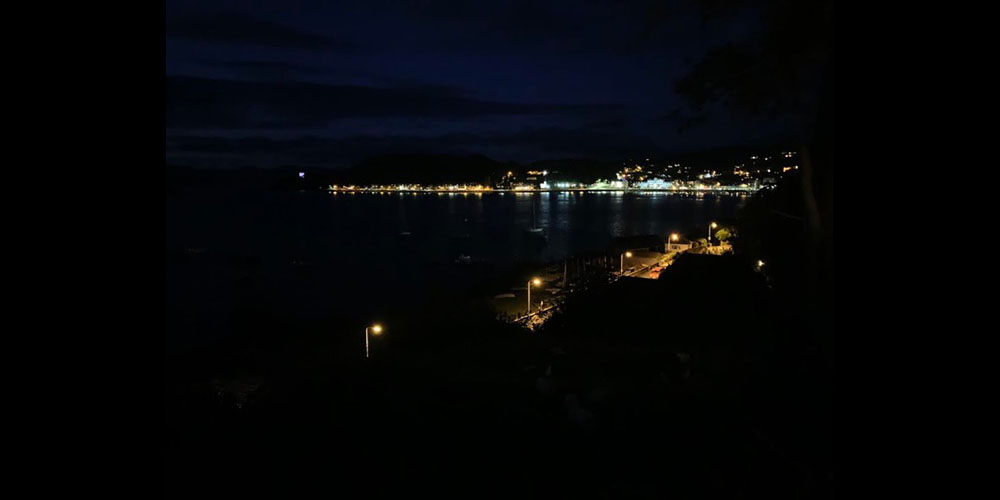 Next the unedited iPhone 11 Pro version, straight from camera: 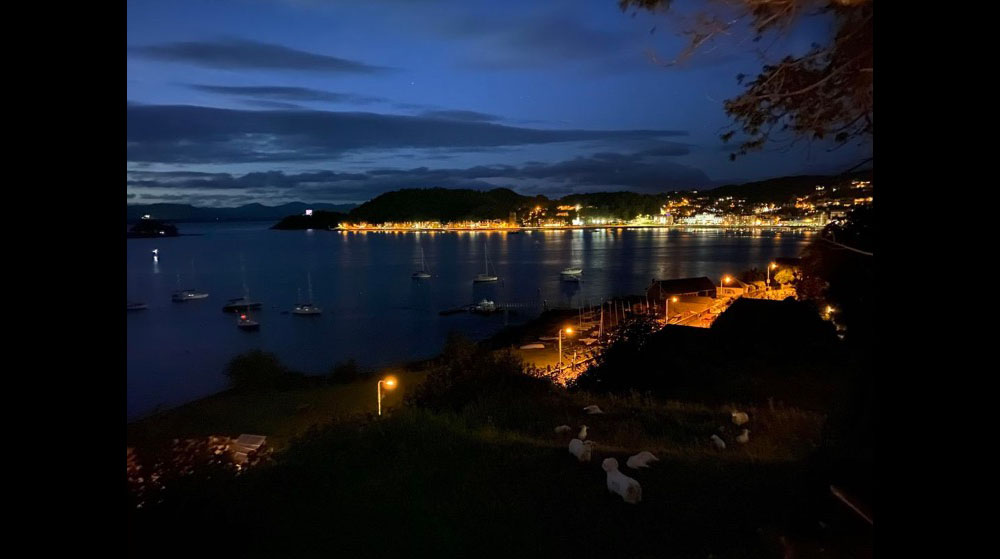 With a few exposure tweaks in Lighroom, I edited the 11 Pro’s image into this. A lot of the fine details are mushy — as you’d find with shooting at a high ISO speed on a DSLR. But it’s amazing how much light was captured in what was essentially a completely dark night.

Hoyle said he was amazed how close a call it was between the iPhone and the DSLR.

I set out to see whether a phone camera can capture a journey like this as well as my DSLR could have and I genuinely think it’s a close-run thing. I was seriously impressed with the images I shot with the iPhone and there were many images that I couldn’t tell whether they were taken with the phone or the professional camera. That’s not something I’d imagine saying even a year ago.

Had I been able to use my Moment and Lee Filters equipment with the phone too, I think it’d have been even closer. I did take my DSLR with me on the trip and fully intended to shoot some additional shots for fun, but I found that I just didn’t need to take it out as often. I trusted the iPhone’s quality would be sufficient to get what I wanted.

While it’s true that the iPhone won’t completely replace my pro gear when I’m doing photoshoots for CNET, I can say with confidence that I’ll definitely be choosing just the phone over my cumbersome DSLR when I’m going for short breaks. Instead of a whole kit bag of gear, this small rectangular slab that fits inside my pocket can do mighty well on its own.

Check out the full set of photos over at CNET.