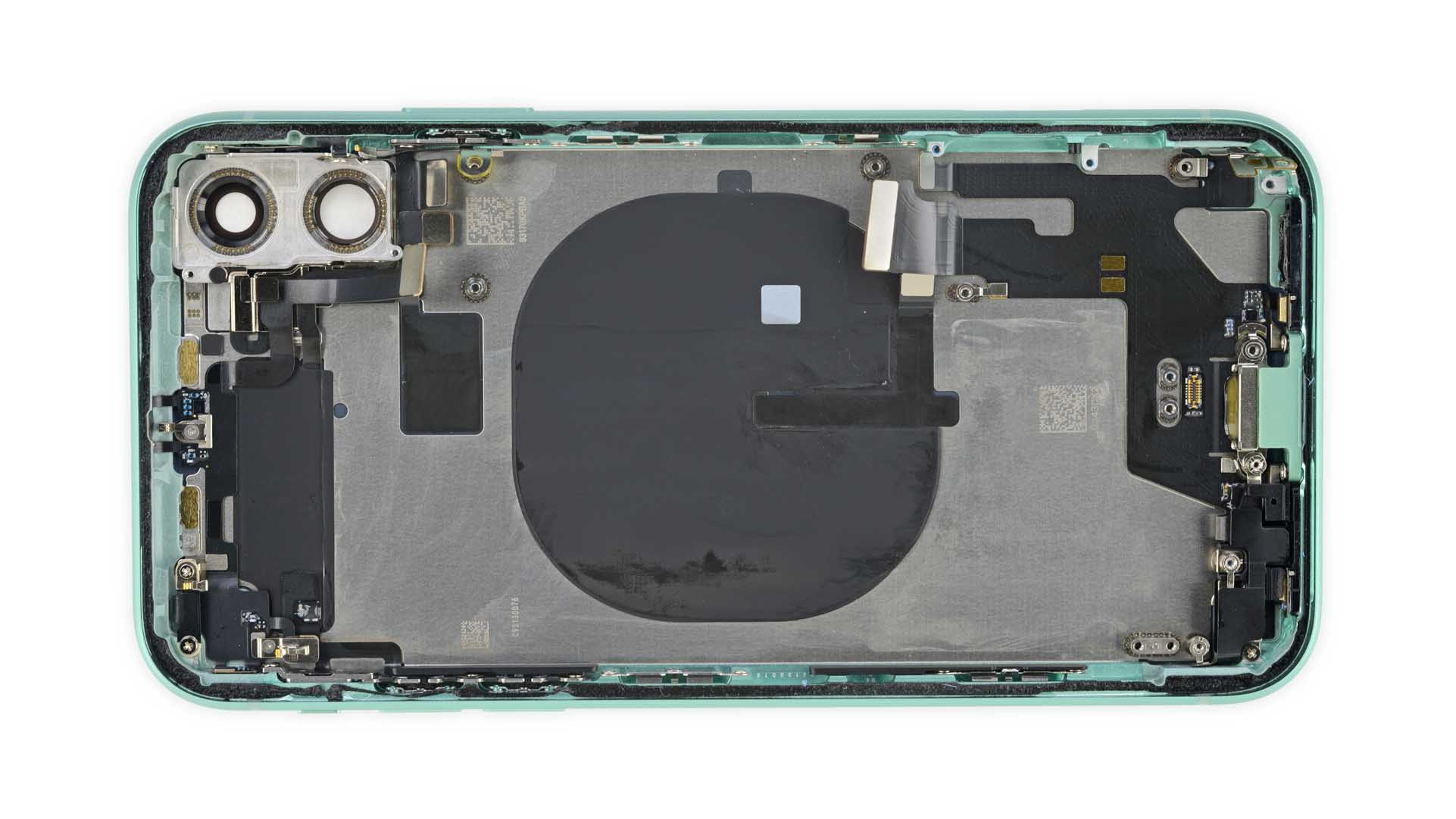 iFixit found a few interesting things during its iPhone 11 Pro teardown. Notably, there is a new board underneath the battery that may have been designed to enable bilateral wireless charging, although Apple scrapped the expected feature just before the iPhone 11 lineup launched.

Now with its iPhone 11 teardown, iFixit notes that the same mysterious board isn’t found under that battery. It also doesn’t feature any hints like improved thermal management.

If bilateral charging were included in the final production design, we wouldn’t necessarily expect to see a radically altered coil—but a bigger battery and additional thermal management would almost certainly be required, as reverse wireless charging is thirsty and inefficient, throwing off a lot of heat. In the case of the standard iPhone 11, we’re not seeing it.

And speaking of which: perhaps due to the lack of a second battery connector, we also see the omission of the new second tiny connection board we saw in the Pro Max. Oh tiny connection board, what was thy purpose? Were you, too, supposed to play a part in a feature whose curtains fell abruptly before it had a chance to prove itself?

A fun x-ray image of the iPhone 11’s dual camera, shows optical image stabilization (OIS) for the wide angle lens, while the ultra wide lens is missing that capability.

X-rays show the promised optical image stabilization in the wide-angle module (the dark areas in the image are electromagnets). 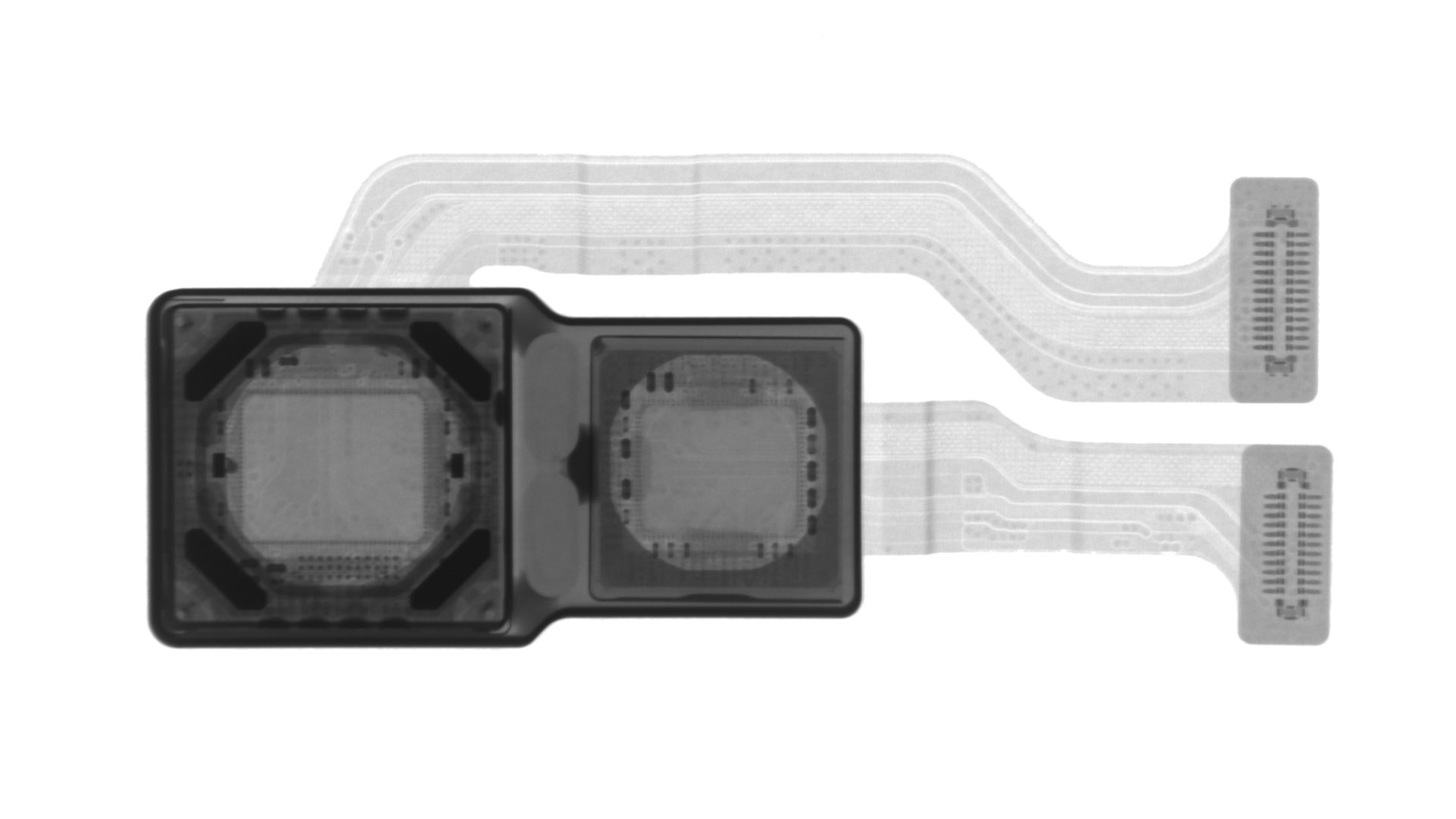 For the first time, Apple’s more affordable model uses the same logic board as the flagship phones, all three using a more compact, rectangular double-decker design. 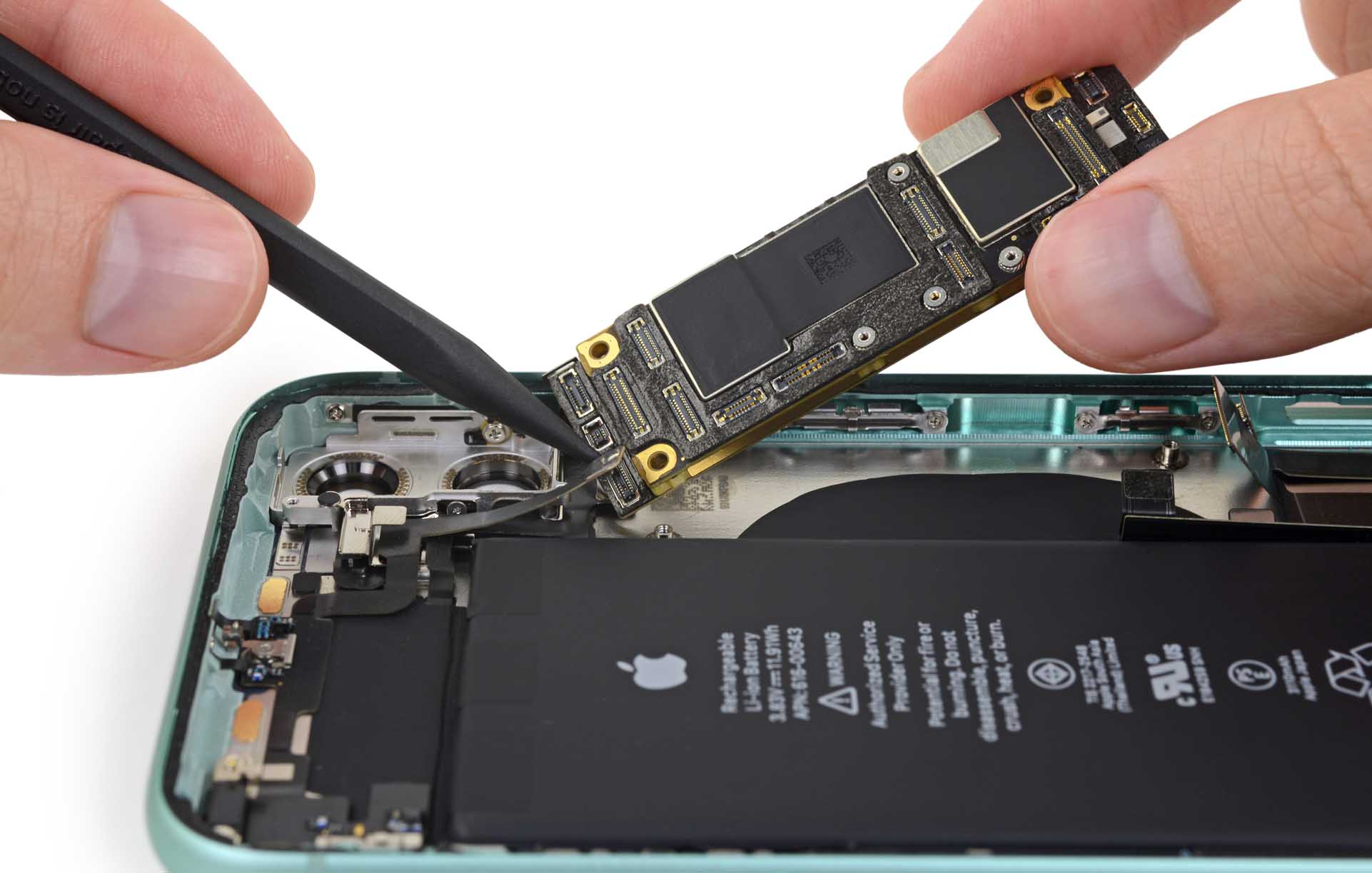 All in all, the iPhone 11 received a 6/10 repairability score from iFixit and they noted “this is an iPhone XR with some iPhone 11 Pro tech inside.”

Check out the full teardown from iFixit for more details and photos here.