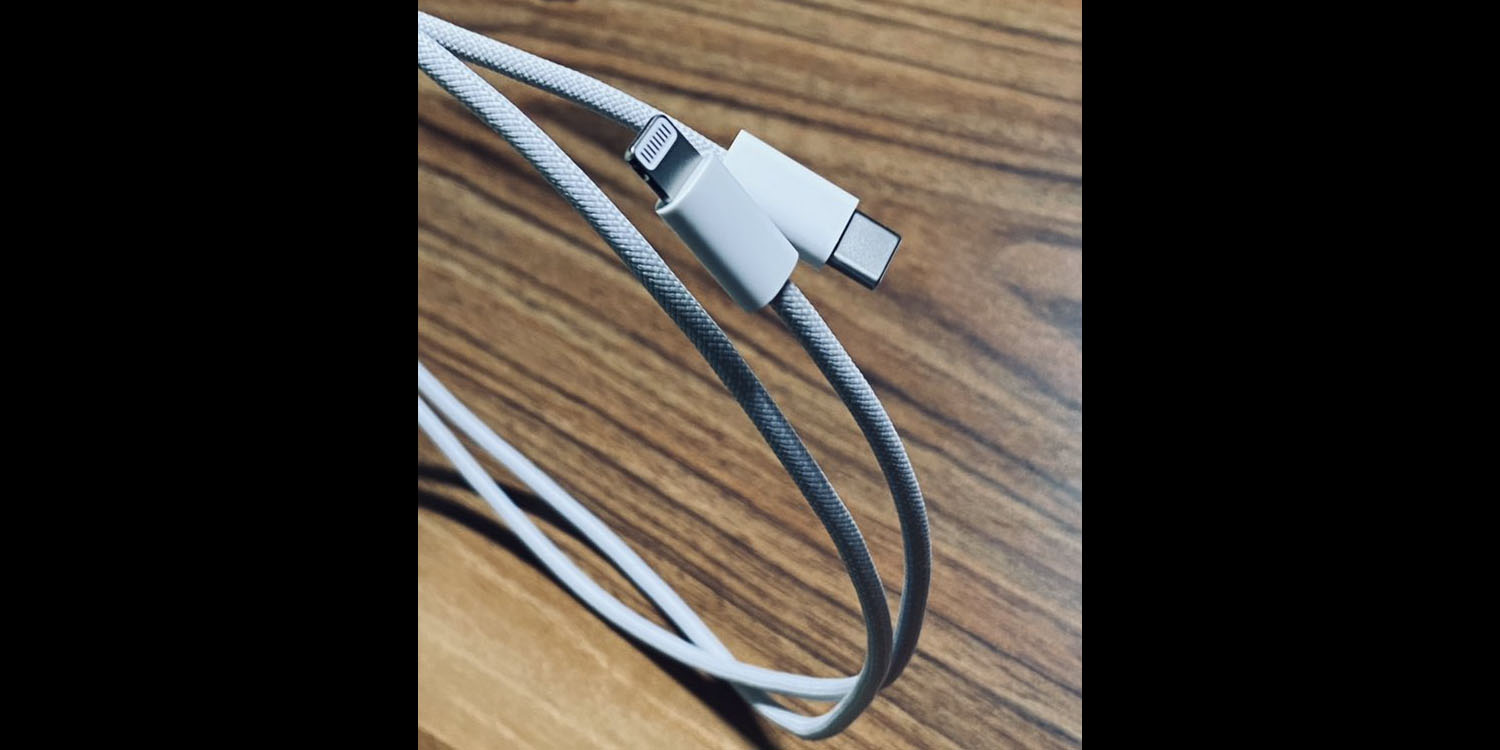 New photos have been posted of what is said to be the rumored iPhone 12 braided cable.

It was reliable leaker @L0vetodream who first indicated back in July that the iPhone 12 will be supplied with a fancier and more robust braided cable, and shared photos of them …

Today’s photos are posted by Mr-white, and are consistent with the earlier images. As before, they have a USB-C connector on the other end instead of USB-A.

Apple currently supplies a braided cable with the Mac Pro, which has a similar though not identical design. That one (besides being black) has an extra layer of protective sleeving where the cable meets the connector; the iPhone 12 ones don’t.

Apple’s existing Lightning cables come in for a lot of criticism, as they are prone to wear at the point the cable meets the connector. Nylon braided cables are more robust, as they better resist pulling, bending and twisting movements. The woven material also has a more premium appearance.

A higher-quality cable compatible with current-generation MacBooks is the good news. The bad news is that we’re not expecting the pack to include either a power brick or EarPods. While I personally think both are reasonable decisions, reader views have been mixed.

The cables also appear to confirm what we’ve been expecting: that Apple is retaining the Lightning port for at least one more generation of iPhone, rather than switching to USB-C.

Check out all the images below.