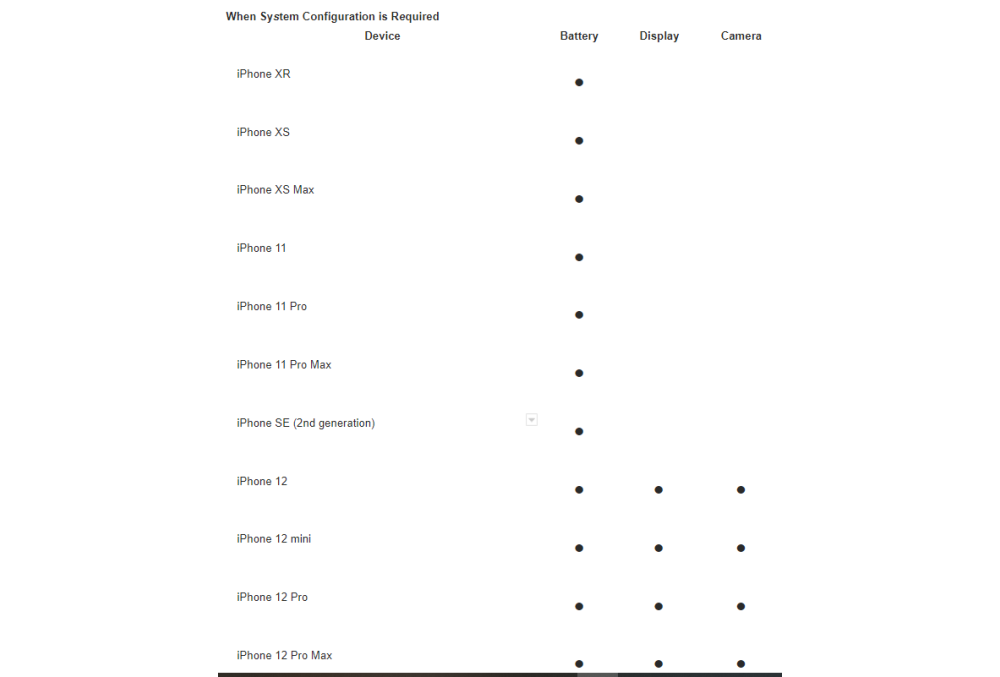 iFixit has found that an iPhone 12 camera repair or replacement cannot be made without access to a proprietary Apple tool which is only available to technicians authorized by the company.

The company says this appears to prevent DIY repairs at home, as well as those by third-party companies who do not have access to the online software tool …

iFixit discovered the problem when it tried to swap iPhone 12 camera modules between phones. Its suspicion was then confirmed by Apple documentation.

This latest fault, along with indications from Apple’s repair guides, makes it more clear than ever: Apple, by design or neglect or both, is making it extremely hard to repair an iPhone without their blessing. This may be a bug that Apple eventually fixes. There is even precedent for iPhone parts misbehaving when swapped between phones.

But it is also possible that Apple is planning on locking out all unauthorized iPhone camera and screen repairs. Apple’s internal training guides tell authorized technicians that, starting with the 12 and its variants, they will need to run Apple’s proprietary, cloud-linked System Configuration app to fully repair cameras and screens.

The iPhone 12 camera, when transferred to another iPhone 12, appears to work on launch, but fails miserably in actual use. It refuses to switch to the ultrawide camera, responds only to certain camera modes, and occasionally hangs and becomes completely unresponsive.

The issue was confirmed by an Apple training guide, which informs technicians that they will need to run Apple’s proprietary, cloud-linked System Configuration app in order to carry out camera repairs or replacements. This is a new requirement for the iPhone 12.

Although the document says that the tool is also needed for screen repairs, iFixit says that is only partly true – the replacement screen works, but you do get a warning that it may not be genuine (even though it is).

The same issue was previously seen with Touch ID and Face ID, as these modules are linked to the Secure Enclave chip. It’s unclear why rear camera modules would need to be verified in the same way, and seems likely to add to the controversy surrounding Apple’s attitude to the right to repair.