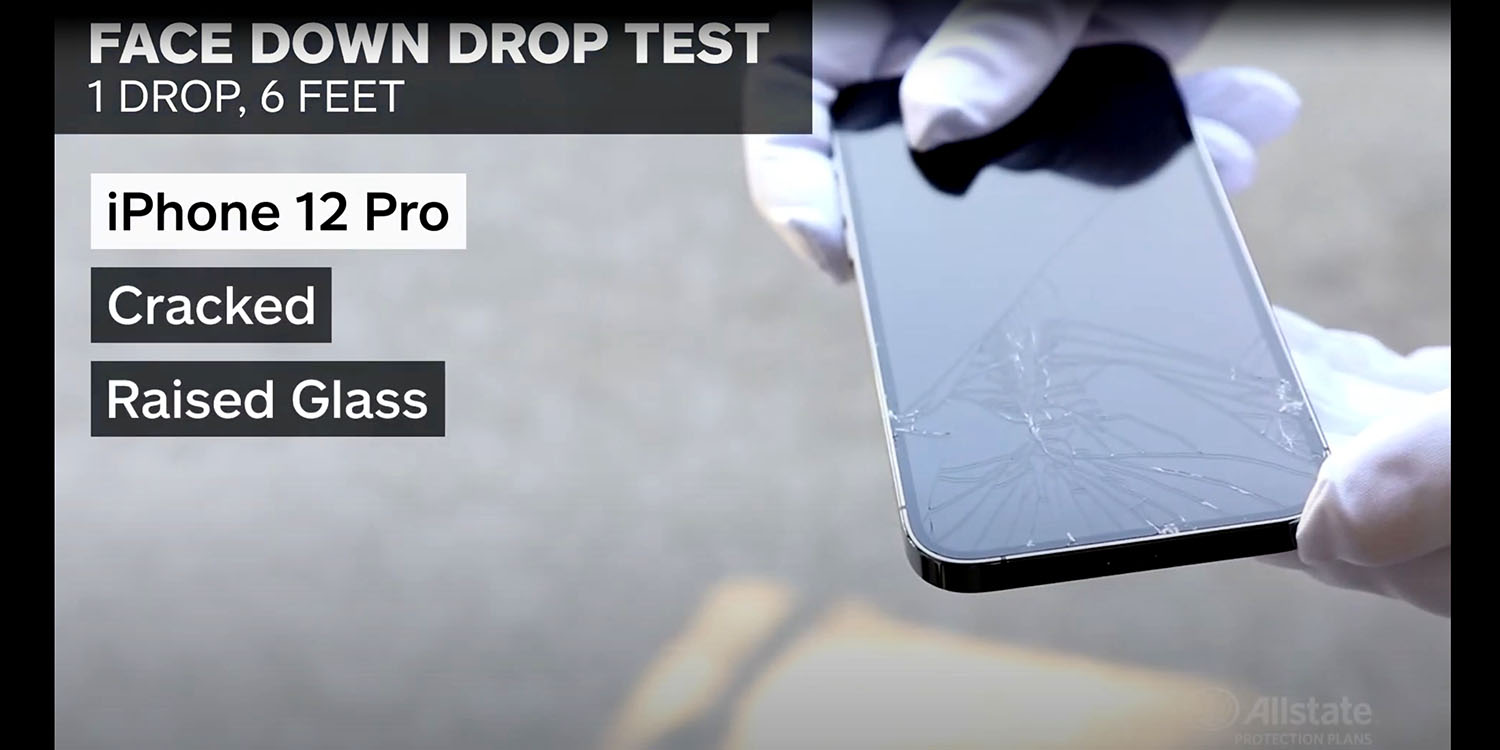 Insurance company AllState says its iPhone 12 drop tests show that the device is the most durable phone it has ever tested – but you still shouldn’t expect too much. It follows earlier drop tests, scratch tests, and more by a variety of YouTubers.

It said that both the iPhone 12 and iPhone 12 Pro survived three six-feet drop tests onto a rough sidewalk, one front-down, one rear-down, and one side …

The phones remained fully-functional afterwards – but this still doesn’t mean owners would be happy with the results. There was unsightly damage to both models from all three tests, and the slightly heavier iPhone 12 Pro suffered very badly in the rear drop. You can see the video below showing the results of each test.

Here’s what AllState had to say:

The Ceramic Shield front is a huge improvement. That said, both phones were damaged when dropped on a sidewalk. Given their hefty repair costs, we encourage everyone to use a protective case and treat their new iPhone 12 with the care you would give an expensive camera […]

During facedown Breakability Drop Tests, the Ceramic Shield screen improved durability, though both
devices sustained damage after landing on a rough sidewalk from 6 feet.

The company then went into detail on the results of each test.

Side-Down Drop Tests: When dropped on their sides, both iPhone 12 and iPhone 12 Pro suffered scuffing and sharp steel edges, especially along their corners, but were otherwise unharmed.

See for yourself in the short video below.