Home General iPhone 12 event: Everything you should expect
6285
SHARES
ShareTweet 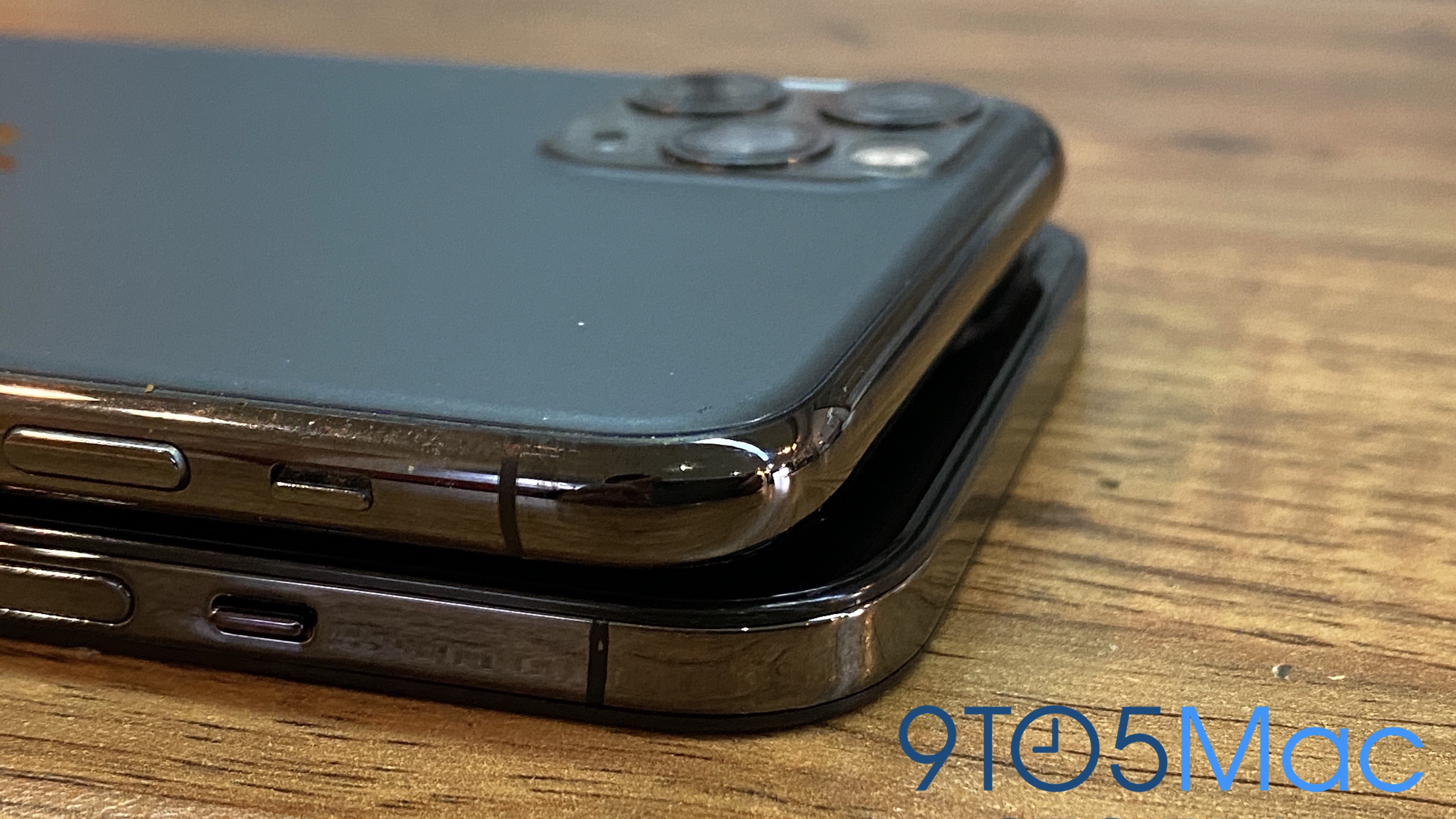 We’re just hours away from the introduction of the iPhone 12. Apple officially announced its iPhone 12 event last Tuesday, teasing it with the tagline “Hi, Speed.” There’s a lot to expect at the event, and a lot we already know about what to expect.

Read on as we round up everything you need to know ahead of the “Hi, Speed” event next week.

When is Apple’s iPhone 12 event?

Apple’s iPhone 12 event will take place on October 13 at 10 a.m. PT/1 p.m. ET. It will be completely virtual due to the COVID-19 pandemic, much like Apple’s WWDC keynote and the Apple Watch event last month. We expect a pre-recorded video from Apple Park, featuring Tim Cook and a handful of other Apple executives.

You’ll be able to live stream the event through Apple’s website, on YouTube, and through the Apple TV application.

In terms of design, the iPhone 12 lineup will feature a boxier body that is similar to the iPhone 4 and iPhone 5. This means we can expect a design that looks more like the newest iPad Pro with flat edges. Currently, the iPhone 11 Pro features a blended design between the glass of the display and the stainless steel edges. This differs from the iPhone 4 and iPad Pro, which are completely squared off around the sides.

All four of Apple’s new iPhone 12 models will feature OLED displays for the first time. Previously, only the highest-end iPhone models used OLED displays, with Apple using LCD in the lower-end models. Apple will market these new displays as “Super Retina XDR,” and there will also be a new glass technology on the front with increased durability.

All four iPhone 12 variants will also feature 5G connectivity for the first time. Rumors currently incite that iPhone 12 models in the United States will include support for mmWave 5G as well as sub-6Ghz 5G, while models sold in other countries will only include the latter. There will also be something called Smart Data Mode to allocate 4G/5G according to application bandwidth, such that 5G would only be used when necessary to improve battery life.

The differentiator other than screen size between the iPhone 12 lineup will be camera technology. Here are the details, according to a recent report.

You can read our full roundup of everything to except from the iPhone 12 right her ahead of Tuesday’s event.

Apple is also said to be developing two new wireless chargers that it could introduce alongside the iPhone 12 lineup. This comes after Apple canceled its AirPower wireless charger in 2019, before it was even released to the public over quality control and overheating concerns.

Whereas AirPower was designed to feature a “drop anywhere” design, Apple’s new wireless chargers are said to use a magnetic system of sorts. In fact, Apple will reportedly revive the popular “MagSafe” branding for two of these new chargers that will be released alongside the iPhone 12.

In September, 9to5Mac reported on a video that claimed to show Apple’s magnetic wireless charger prototype. Rumors have also suggested that the iPhone 12 will include a new built-in ring of magnets in the back to allow for new accessories.

According to rumors, Apple will release two versions of the magnetic wireless chargers this year, branded as the MagSafe Charger and the MagSafe Duo Charger. This implies that we will see a smaller MagSafe charger that can only charge one device, and another that is slightly larger with support for charging two devices.

Other details about these MagSafe wireless chargers are unclear, but we should expect to learn more on October 13.

Something else we should expect at Apple’s “Hi, Speed” event next week is the introduction of the HomePod mini, according to reports. Rumors currently indicate that the HomePod mini will be announced on October 13, made available for pre-order on November 6, and released on November 16.

HomePod mini will reportedly cost just $99 and measure in at 3.3 inches. It is said to be powered by Apple’s S5 processor, which is the same processor that powers the Apple Watch SE and Apple Watch Series 5. This is roughly half the size of the current HomePod, which measures in at 6.8 inches tall.

At $99, the HomePod mini seems like a clear competitor to Amazon’s Echo lineup, which is likely part of Apple’s strategy of expanding Siri to a wider user base. We do not currently expect any updates in 2020 to the full-size HomePod.

While it seems like a lock that the October 13 will include news on the iPhone 12, MagSafe wireless chargers, and HomePod mini, there are a few other possibilities worth mentioning.

For over a year now, reports have been circulating suggesting that Apple will soon launch its own pair of over-ear headphones. These are believed to exist separately from the Beats brand and offer features such as head and neck detection, custom equalizer settings, and more.

9to5Mac has also found evidence of so-called AirPods Studio in the leaked iOS 14 beta code, including assets showing at least two color options for the new accessory. As for the price, rumors suggest that it will cost $349 for a lower-end “Sport” variant and up to $599 for a “luxury” version made from leather and metal.

While it would absolutely make sense for Apple to unveil its AirPods Studio alongside the iPhone 12, Jon Prosser recently reported that Apple is not quite ready to announce the product just yet. It’s always possible that this will change, but for now, AirPods Studio seem more likely sometime in November or into 2021.

For more than a year, rumors have indicated that Apple is developing its own Tile-like item trackers. In June 2019, 9to5Mac reported on assets within iOS 13 that referenced a product type “Tag1,1.” Since then, 9to5Mac discovered evidence of the “AirTags” name and references even appeared in a video published by Apple itself.

We initially expected AirTags to be released during the iPhone 11 event last year, then at WWDC 2020, then during Apple’s September event this year. Most recently, a rumor suggested that Apple had delayed AirTags until March 2021, signaling that we should not expect a release at the October 13 event.

You can find everything we know so far about AirTags in our full guide right here.

Apple is also reportedly working on a new Apple TV and a new Siri remote. Evidence of a new Apple TV hardware refresh has been circling around in iOS code for a while, and a report recently indicated that one of the changes will be a faster chip for improved gaming performance.

As for the new Apple TV remote, Bloomberg has suggested that one of the upgrades will be support for the Find My application. This will make it easier for people to locate a remote when it goes missing in the house. Whether or not other improvements are also in store for the controversial Siri remote remains to be seen.

It’s possible that the new Apple TV is introduced during its October 13 event, but it could also be saved for later this year or early next year.

Finally, the Mac lineup is nearly set to begin its transition to Apple Silicon processors. Apple has said that it will release its first Apple Silicon Mac before the end of this year, but current indicators are that the Apple Silicon transition will not be addressed at the October event.

Most recently, Bloomberg reported that Apple will hold a separate event in November to unveil its Apple Silicon hardware. This means we should not expect details during next week’s event.

9to5Mac will have full live coverage of Apple’s October event, so be sure to tune in on Tuesday, October 13, at 10 a.m. PT/1 p.m. ET for everything you need to know. What are you most excited to see this year? Let us know down in the comments below.