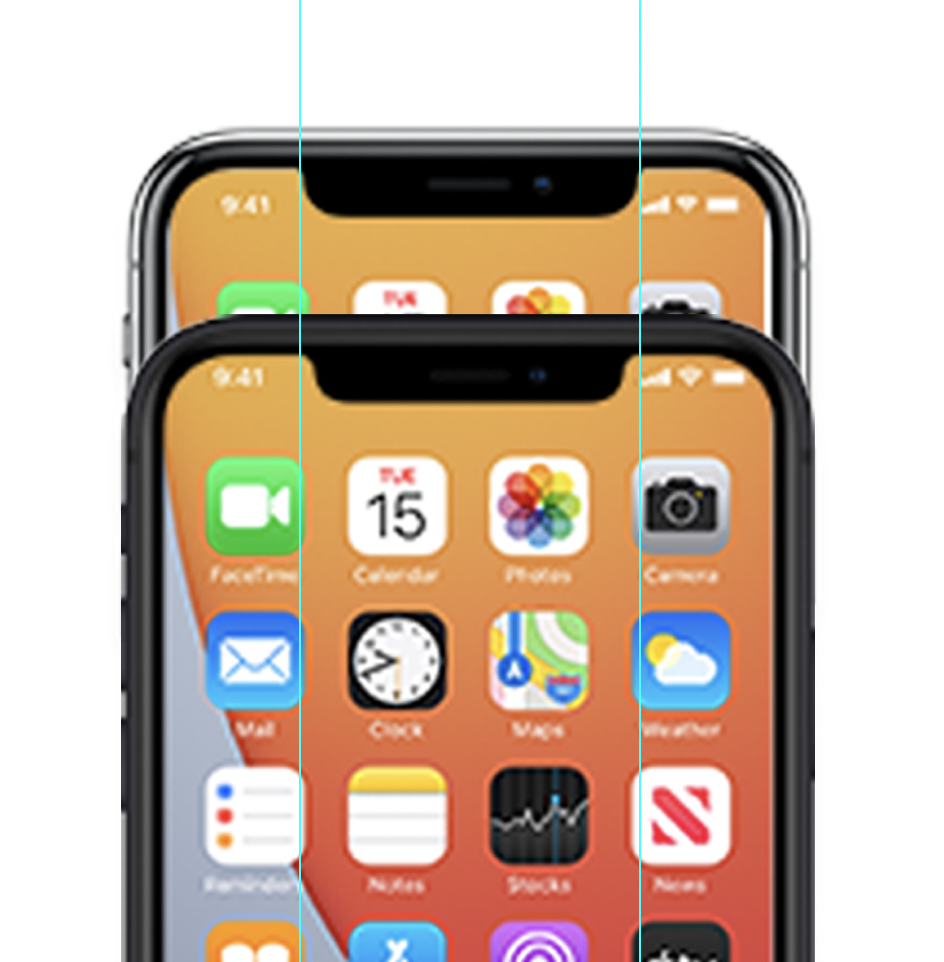 While we are all waiting for the iPhone 12 tomorrow, Apple seems to be getting ready in advance for tomorrow’s event. The company has now uploaded new small icons that are designed to illustrate the iPhone 12 on the iCloud website, and although they’re not high resolution images, we can notice some differences between these icons and those used to illustrate previous iPhone models.

The images were first spotted by @AppleSWUpdates on Twitter, and 9to5Mac was able to get these assets in a better quality. According to the Twitter post, which we can corroborate, Apple has added four new iPhone icons to its server today — which suggests that the company will indeed introduce four new iPhones tomorrow.

It’s worth mentioning that these icons don’t need to be extremely detailed as they’re shown in a very small size on iCloud web apps and also on the Find My app. Even so, by comparing the iPhone XR and iPhone 11 icons with the iPhone 12 icons, we can definitely see that the edges of the new devices are somewhat different.

Based on rumors, iPhone 12 mini, iPhone 12 Pro, and iPhone 12 Pro Max will feature a new design with flat edges and at least one of the new models — probably the iPhone 12 mini — will have a slightly smaller notch. When we compare the two icons closely, we can see that in fact the notch is a bit smaller — but nothing extremely noticeable.

Apple will officially announce the iPhone 12 lineup during its “Hi, Speed” event on Tuesday, October 13. The event will kick off at 10 a.m. PT and you can learn more about what to expect in our full preview right here.