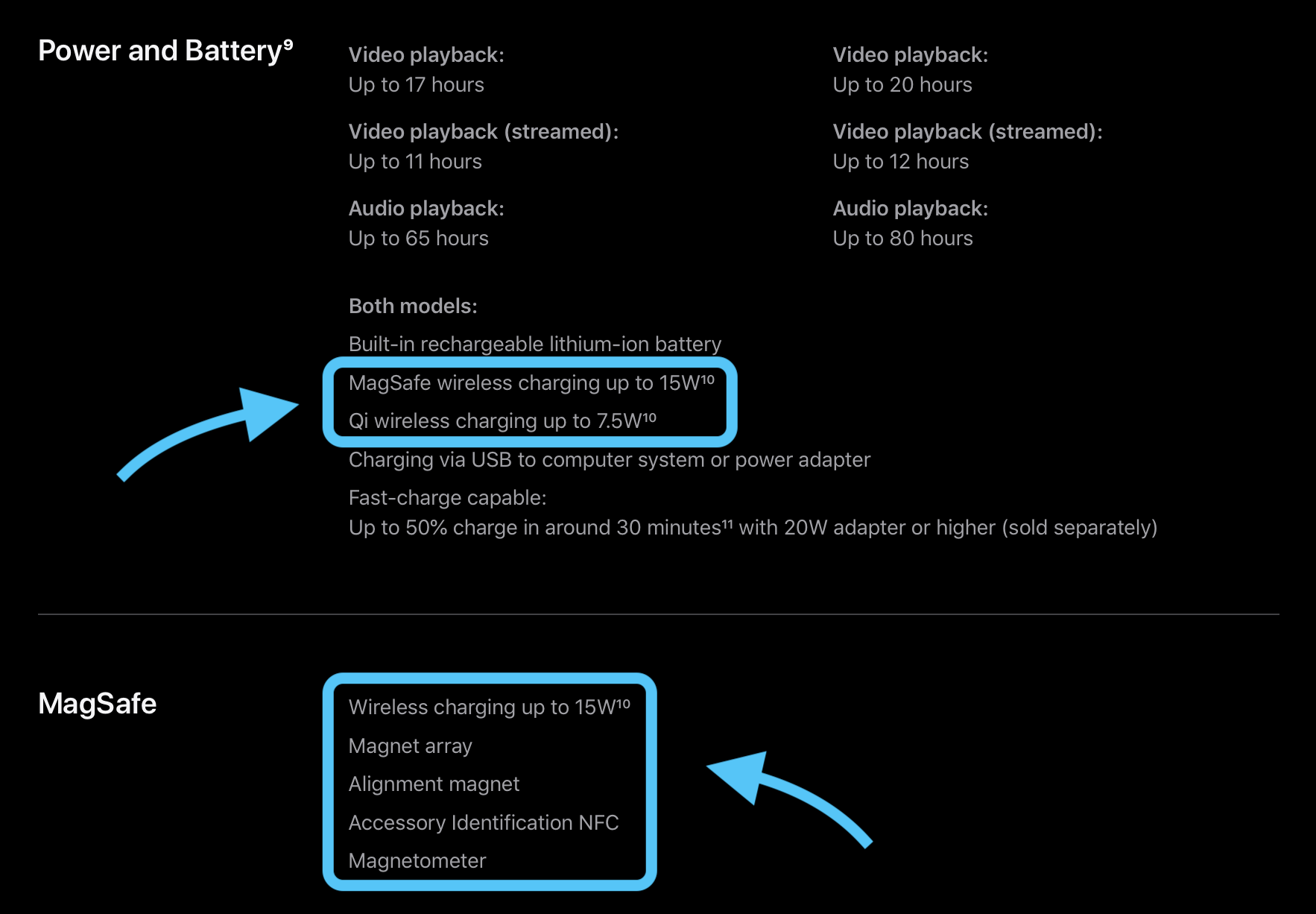 An exciting feature for all four of the new iPhone 12 models is the MagSafe system that Apple is using for a range of accessories. Charging is a central part of the revived MagSafe and it brings a big boost to the wireless speeds at which you can power up the new iPhones.

While Qi wireless charging was very welcome with the iPhone X and 8 back in 2017, Apple originally limited the power to just 5W. Not long after, that was updated to 7.5W with a software update. Meanwhile, Android smartphones have blown by that mark with some devices offering up to 30W with wireless charging.

Certainly a safe move on Apple’s part, but the 7.5W wireless charging limit (still is for Qi) meant much slower performance than wired charging until the iPhone 12 lineup debuted today with the new MagSafe system.

Beyond the convenience of a wireless charging system that seamlessly locks into perfect alignment via magnets, the MagSafe chargers Apple is making offer 15W charging speeds, twice that of the Qi speed for all compatible iPhones (including iPhone 12). Presumably, third-party approved MagSafe chargers that are on the way will be able to tap into the same 15W.

While 15W is a great increase and almost sounds like it could fast-charge your iPhone (Apple says 18W and up), keep in mind wireless charging isn’t as efficient as wired charging. That means not all of the 15W max will usually be making it to your device, which is why Apple notes “up to 15W.”

Apple’s own MagSafe accessories include cases and a leather wallet in addition to two different chargers: the MagSafe Duo (coming soon) and the standard single MagSafe charger. Third-parties like Belkin are working on devices like charging docks and car mounts.