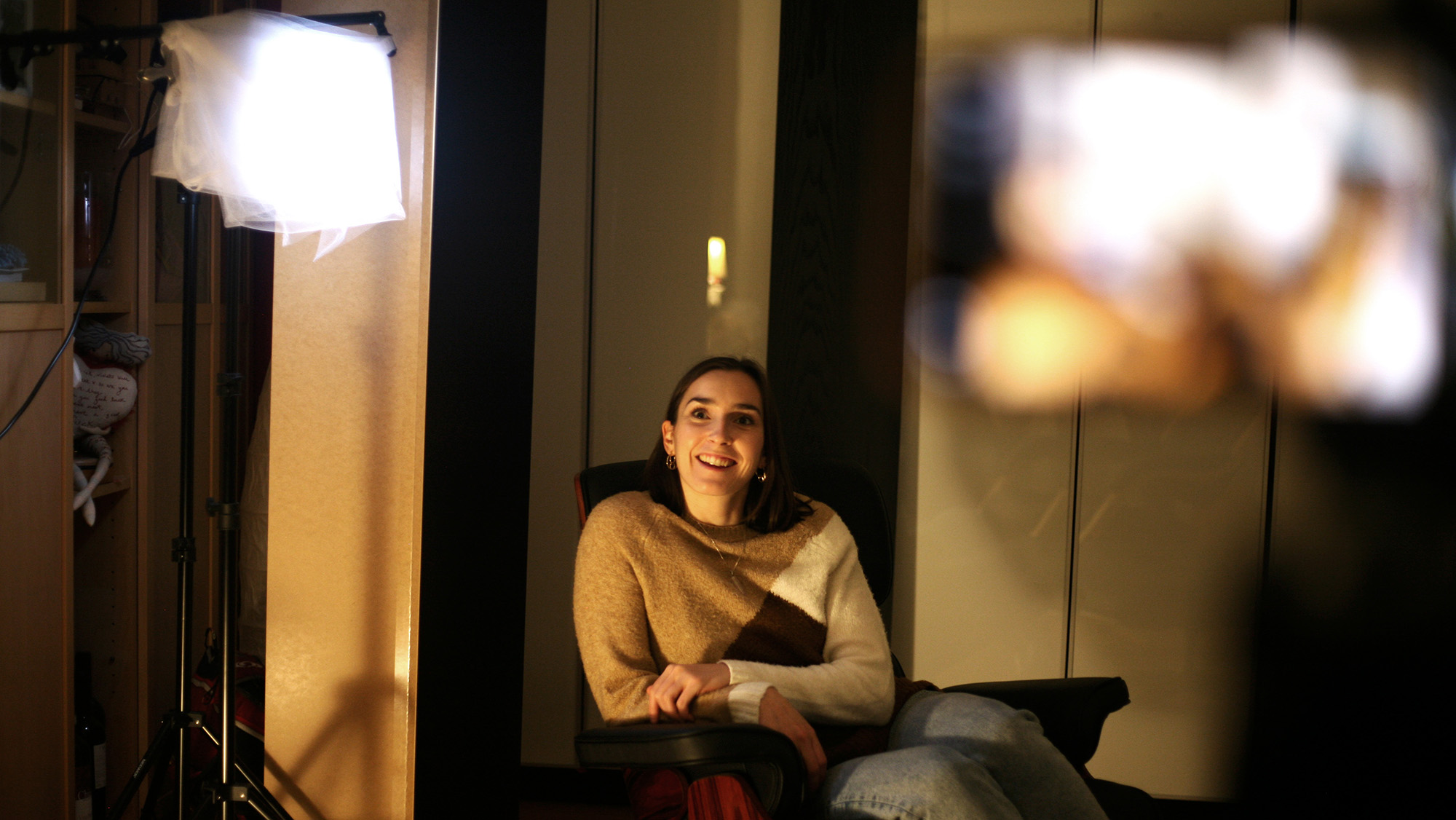 I said last time that I wanted to do a proper test of the potential of the iPhone 13‘s Cinematic Video for amateur filmmaking. My initial experiments had suggested that it wasn’t yet ready for prime-time, but those had been in mixed conditions.

I wanted to conduct a fair test, with the scene and lighting setup exactly as it would be by a typical low-budget hobbyist filmmaker. I did this by borrowing a couple of actors and filming the first scene of a (very much first draft!) pilot episode of a sitcom …

I used just one light, a Godox SL-60W, which is a budget video light popular with amateur filmmakers. In true frugal filmmaker style, I added a low-cost honeycomb grid to control the spread of the light and a folded piece of white net material to soften it. A piece of wood was used as a ‘flag’ – to further block spill from the light.

The second light was a ‘practical’ light – that is, a household floor lamp which turned out to be perfect for lighting the second actor. This had a Philips Hue bulb to allow me to control the brightness.

Finally, I used a low-cost tripod adapter to mount the iPhone. The total cost of the setup was under $200, so a realistic one for a young person wanting to take their first steps into filmmaking – though we will see one exception to this, in the bad news section.

Let’s start by taking a look at the result before we talk about it. Best watched in full-screen to see all the glitches, and make sure quality is 1080p.