Home General iPhone 13: Everything we know so far about new features
8979
SHARES
ShareTweet 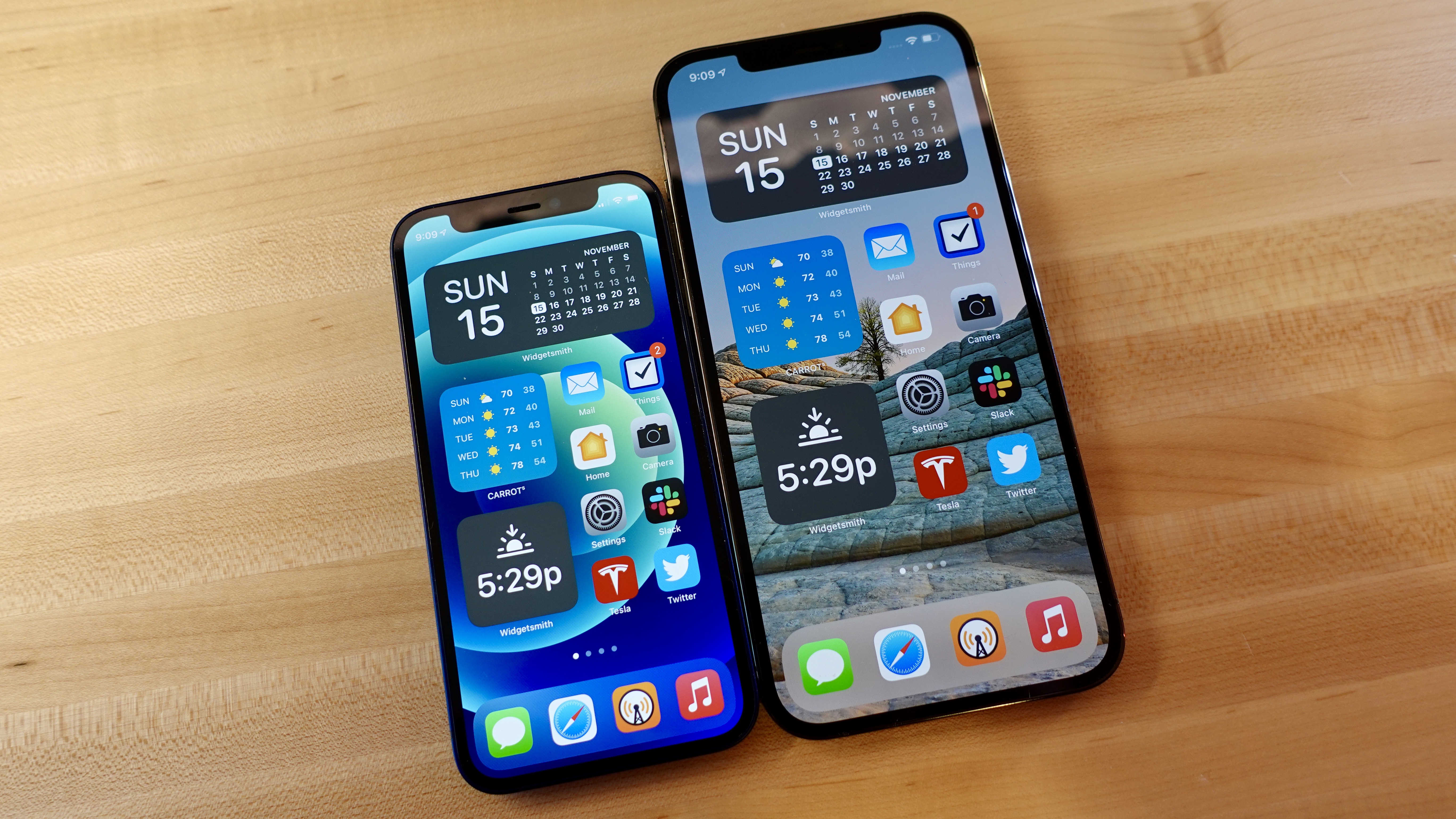 Read on for our full roundup of everything we know so far about the iPhone 12s or iPhone 13.

Right off the bat, it’s unclear whether this year’s iPhone will be called the iPhone 12s or the iPhone 13. A report has said that Apple is internally referring to this year as an “S” year upgrade, which implies minor changes compared to the existing iPhone 12.

That doesn’t mean, however, that Apple will use “iPhone 12s” as the marketing name for the 2021 iPhone lineup. It’s possible that this year’s devices are referred to as the iPhone 12s or iPhone 13, or that Apple decides that 2021 is the year it’s moving away from the numbers altogether. This would follow in the footsteps of what Apple has done with the iPad lineup over the years.

In terms of design, the 2021 iPhone lineup is expected to look nearly identical to the existing iPhone 12. One report has suggested that the iPhone 13 will be slightly thicker than the iPhone 12. The height and width of the devices will reportedly remain unchanged, but the thickness will increase by 0.26 mm.

While the iPhone 12 mini has reportedly experienced weaker-than-expected demand than Apple had expected, there are currently no indications that Apple plans to abandon the form factor this year. A Macotakara supply report said that all four iPhone 13 models will feature the same overall form factors as their iPhone 12 predecessors.

This means we can expect four different devices across three different screen sizes:

But while the screen sizes will likely remain the same, Apple is reportedly planning to upgrade the iPhone 13 with 120Hz ProMotion display technology.

Reliable Apple analyst Ming-Chi Kuo has reported that the iPhone 13 is likely to adopt LTPO technology to lower the display’s power consumption. In turn, this will give Apple the battery headroom to enable 120Hz functionality next year. Apple first adopted LTPO – or low-temperature polysilicone and oxide display – technology in the Apple Watch Series 4, so it makes sense to extend the power-saving feature to the iPhone lineup next year.

Finally, what about the notch? Every year, there is an expectation that the notch and Face ID cutout will get smaller, but so far, there hasn’t been any major change to the design.

Macotakara has reported that this could change in 2021, with the iPhone 13 featuring a notch that is smaller compared to the iPhone 12. Apple has reportedly changed the position of the top receiver to reduce the size of the TrueDepth camera, which would allow the notch cutout to shrink in size.

First off, for the rear cameras, we might see some interesting changes in terms of design with the iPhone 13. The camera bump will remain, but Apple may add a sapphire glass that will cover all three lenses to make them look like a single camera instead of having three separate lenses.

A Macotakara report has noted that the camera module of the iPhone 13 Pro and iPhone 13 Pro Max will be the same size, which suggests that the smaller Pro model will have the same camera lenses as the 13 Pro Max — which includes the ultra-wide lens with sensor-shift stabilization. Last year, Apple included better stabilization and 2.5x optical zoom only on iPhone 12 Pro Max.

With the release of the iPhone 12 Pro and iPhone 12 Pro Max, Apple added a new LiDAR scanner to the back camera array for depth-sensing features as well, which is also seen on the iPad Pro. A supply chain report says that Apple will expand the LiDAR sensor beyond the ‘Pro’ models with this year’s iPhone 13.

It’s highly likely that Apple has other camera improvements in store for the iPhone 12s lineup, whether it be computational photography improvements, new hardware features, or something else entirely. We’ll be sure to update this post as we learn more.

It’s not yet clear what’s in store for the A15 Bionic processor, but a report from TrendForce has said that the chip will be built on a 5nm process similar to the A14 Bionic processor. The change will be that Apple uses a new 5nm+ technology to enhance performance.

As we explained in November:

TSMC refers to 5nm+ as N5P, and describes it as a performance-enhanced version which will combine greater power with improved power efficiency to improve battery-life (or, as might be more likely with Apple, permit smaller-capacity batteries).

What exactly this equates to in terms of quantifiable performance and efficiency remains to be seen, but we expect to learn more soon.

5G connectivity was one of the headlining features of the iPhone 12 last year, but only US iPhone 12 Pro models support mmWave 5G, likely because of the added expense for Apple.

This year, a report has already suggested that Apple has added an additional supplier of mmWave 5G antennas and is placing “a large order” for these in anticipation of the iPhone 13. This implies that Apple could be planning to expand mmWave 5G beyond the US versions of the iPhone 12 to the rest of the world.

Reports have also suggested that 2021 could be the year that Apple introduces an iPhone without a Lightning port. This would be the first-ever port-less iPhone, and most recently, Bloomberg reported it as something being tested internally at Apple.

It’s unclear whether it’s something that Apple will launch this year, but Ming-Chi Kuo also predicted in 2019 that Apple would launch an iPhone without a Lightning port in 2021.

Could 2021 be the year that Touch ID returns to the iPhone and coexists alongside Face ID? There are multiple signs that point to “yes.”

Reliable Apple analyst Ming-Chi Kuo reported in August 2019 that it will release an iPhone with both Face ID and under-screen Touch ID in 2021. In addition, the reliable leaker L0vetodream has also reported that in-screen Touch ID will soon make its way to the iPhone.

Most recently, Bloomberg reported that Apple is testing support for an in-screen fingerprint reader for this year’s iPhone. It’s ultimately unclear whether this feature will make the cut for the iPhone 12S, but it is something in testing.

Offering both Touch ID and Face ID would increase overall convenience and speed of unlocking the iPhone. A user would register their fingerprints and facial signature, and the phone can unlock as soon as either recognition succeeds. There is also the common problem of Face ID not working with face masks, which could be solved by Touch ID also being available as an option.

Finally, if users wanted their iPhones to be as secure as possible, they could theoretically enable both Touch ID and Face ID, and the iPhone would only unlock after both forms of biometric authentication were successfully recognized.

This year, Kuo has reported the mass production schedule of the iPhone 13 will be the same as for previous iPhone models before the 12 lineup. That means we can expect all iPhone 13 models available by September 2021, barring any delays.

There’s no word on whether Apple has pricing changes in store for the iPhone 12s lineup this year. Like marketing names, iPhone pricing information rarely leaks prior to announcement.

As you can see, the iPhone 13/iPhone 12s won’t be a radical upgrade compared to the iPhone 12. The design will remain largely the same, we still expect four different models, and key features such as 5G and camera upgrades will still be a big reason for iPhone 11 and older users to upgrade.

That being said, the rumor mill certainly indicates that there are a variety of potential changes in store to entice iPhone 12 users to upgrade. This includes things like Touch ID, a smaller notch, and continued performance improvements.