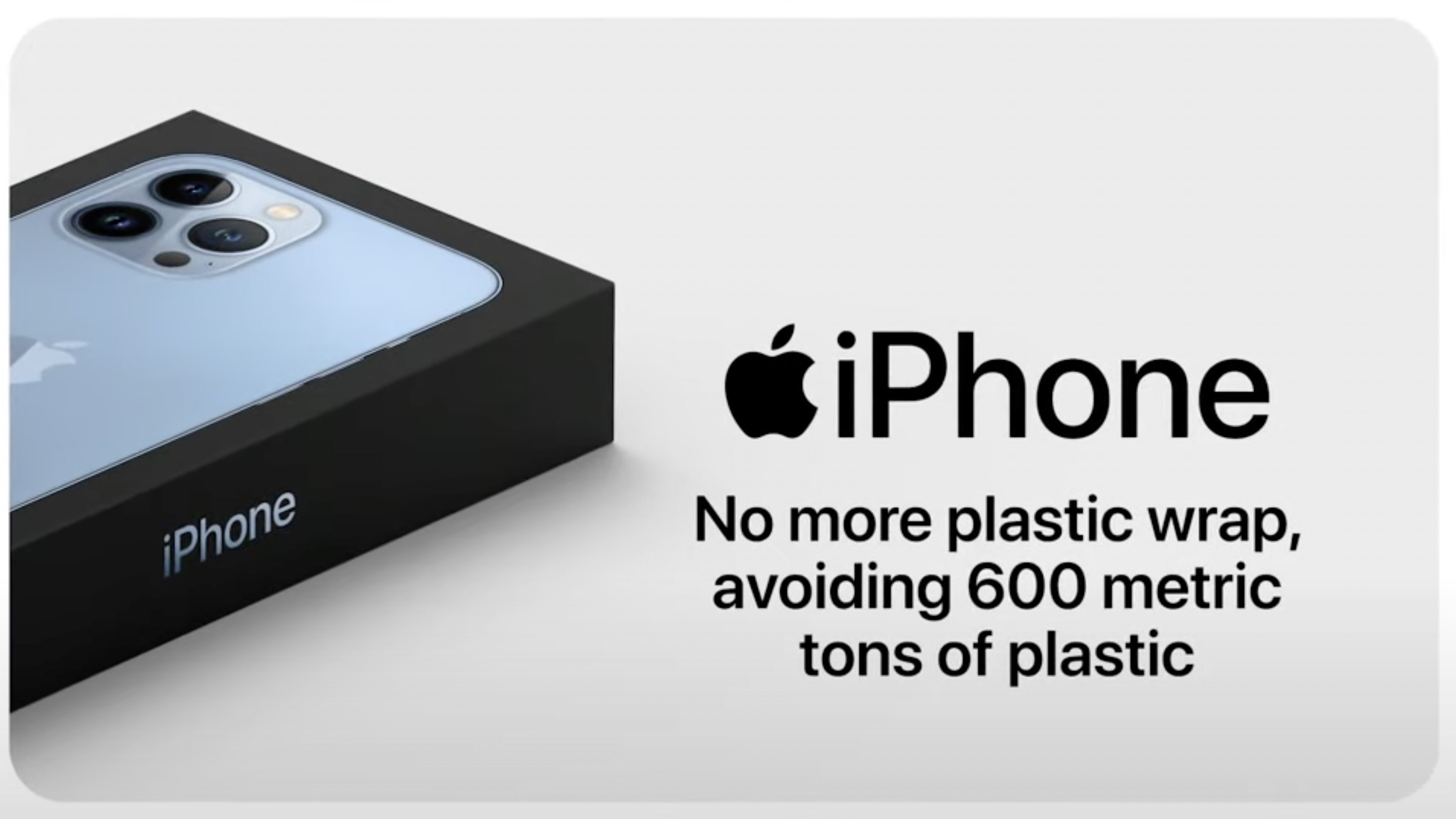 The iPhone 13 and iPhone 13 Pro were officially unveiled yesterday, packing the new A15 chip inside, camera upgrades, and more. Head below as we round up some of the latest tidbits, including details on packaging changes, battery percentage, and RAM amounts…

One interesting change with the iPhone 13 lineup this year is that Apple has redesigned the packaging. Apple marketing VP Greg Joswiak says that Apple was able to “redesign the packaging” to eliminate the plastic wrap on the outside. This change by itself should eliminate 600 metric tons of plastic, according to Apple.

More specific information here remains unclear, so we’ll have to wait and get our hands on the iPhone 13 to learn more about how Apple redesigned the iPhone

Also as a reminder, Apple last year stopped including a power brick in the box with iPhone purchases. So in the iPhone 13 box, you’ll find the iPhone itself alongside a USB-C to Lightning charging cable. If you don’t already have one, you’ll have to buy a USB-C charging brick separately.

No battery percentage in the status bar

Despite the iPhone 13 and iPhone 13 Pro having a roughly 20% smaller notch in terms of width, Apple still hasn’t added the once-beloved battery percentage indicator back to the status bar. Instead, this is still hidden in Control Center, so you’ll have to swipe down from the upper-right corner to access the battery percentage.