The iOS Camera app will finally be able to recognize QR codes within iOS 11, as was discovered yesterday during the developer-focused beta launch of Apple’s new mobile operating system. On current iterations of iOS, users have to find and download a third-party QR code scanning application if they wish to use their iPhone, iPad, or iPod touch to scan a code.

When iOS 11 launches in the fall, the Camera app will natively provide a QR scanning function to all users. Some beta users have taken to Twitter to share a glimpse of the feature in action, and it appears expectedly straightforward: open the Camera app, point the iOS device at a QR code, and tap on the drop-down notification to act upon it. 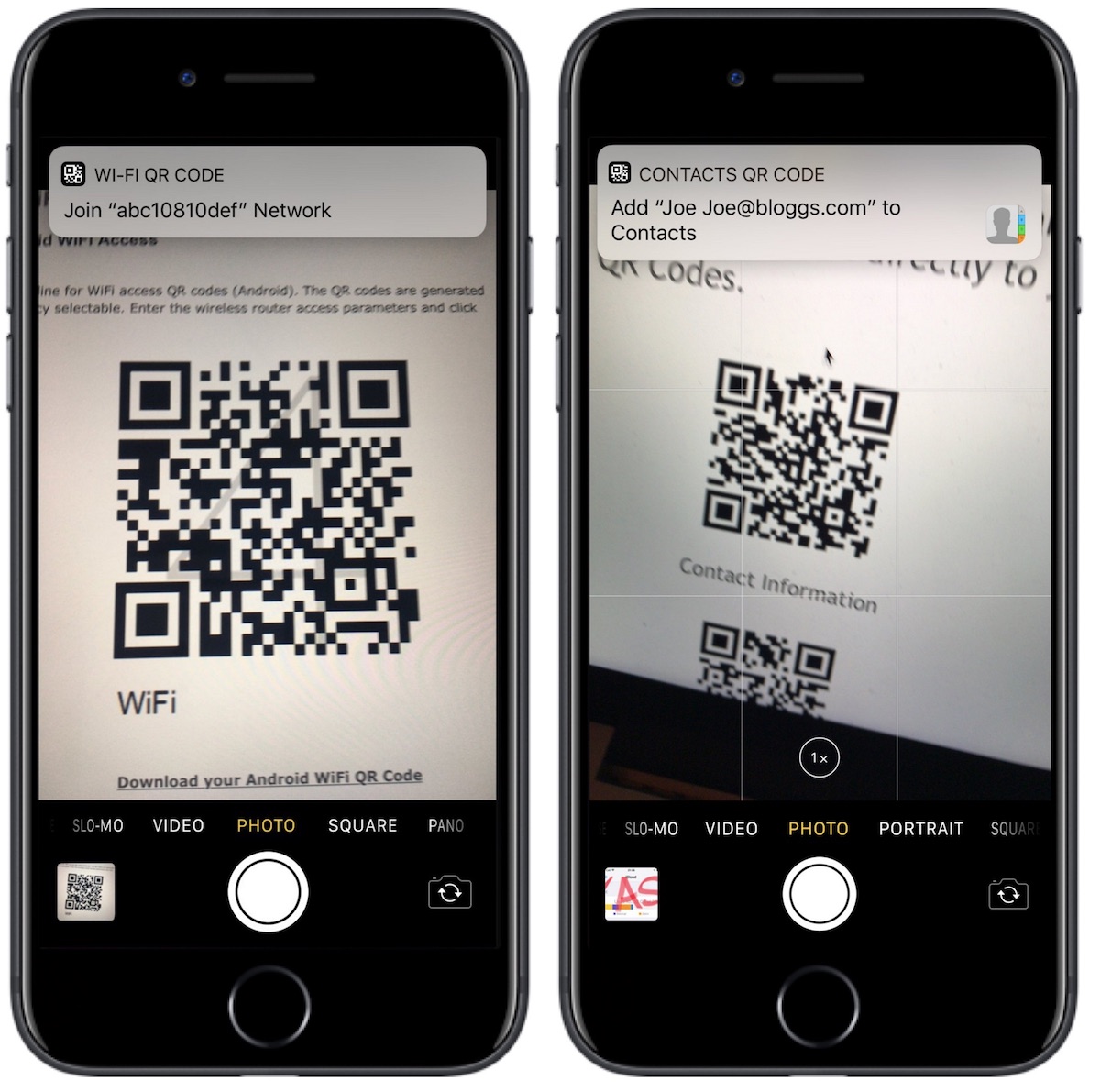 The QR code reader in iOS 11 knows when it’s a WiFi network and offers to join. pic.twitter.com/pCHwGi1abF

Some examples that have been shared include joining a Wi-Fi network, adding someone to your contacts, and — presumably — any other scanning opportunities currently offered by QR code technology. The feature is turned on by default, but can be toggled on/off within the Camera section of the Settings app.

Check out the MacRumors iOS 11 tidbits post for more information about what can be found in the newest version of iOS.