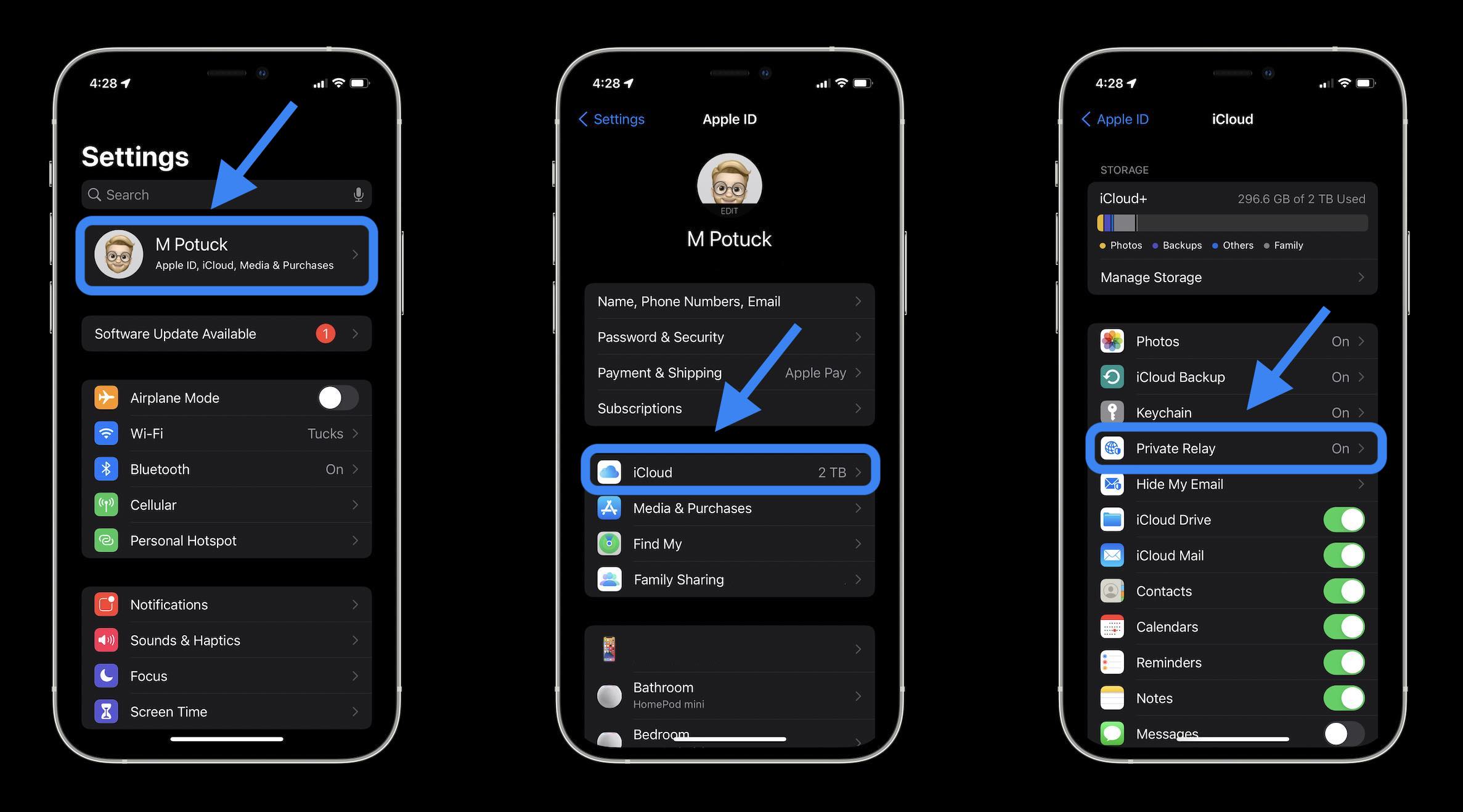 One of the new security features arriving with iOS 15 brings a new level of privacy to web browsing beyond what VPNs offer. But while the feature boasts total encryption, there is a potential downside with keeping it enabled. Here’s how to turn on/off iCloud Private Relay on iPhone and iPad in iOS 15.

Apple announced iCloud Private Relay as part of its enhanced iCloud+ features at WWDC with the feature live in the iOS 15 betas. At face value, it sounds like a VPN, but it’s notably different with the process including “two separate internet relays.” The second relay means even Apple doesn’t know who users are and the sites they’re visiting.

When browsing with Safari, Private Relay ensures all traffic leaving a user’s device is encrypted, so no one between the user and the website they are visiting can access and read it, not even Apple or the user’s network provider. All the user’s requests are then sent through two separate internet relays. The first assigns the user an anonymous IP address that maps to their region but not their actual location. The second decrypts the web address they want to visit and forwards them to their destination. This separation of information protects the user’s privacy because no single entity can identify both who a user is and which sites they visit.

Apple’s VP of software engineering, Craig Federighi, also elaborated more on iCloud Private Relay in an interview, including, “We hope users believe in Apple as a trustworthy intermediary, but we didn’t even want you to have to trust us [because] we don’t have this ability to simultaneously source your IP and the destination where you’re going to–and that’s unlike VPNs.”

iCloud Private Relay is available with iCloud+ and the feature only works with Safari in iOS 15 on iPhone and iPad and Mac with macOS Monterey.

The main downside you could see when using the feature is slower internet speeds. During the beta testing, some users have even experienced serious Safari slowdowns with Private Relay turned on. But your mileage may vary.

iOS 15 is currently available as a public and developer beta, with the official release set for fall 2021.

One quirk we’ve seen in the iOS 15 beta is iCloud Private Relay automatically turning itself on. If you notice your internet slow down randomly while running iOS 15, you might want to check if this has happened. You might also see a notification on your lock screen about Private Relay being turned on.

Here’s how the process looks on iPhone:

Now you can toggle on/off Private Relay or change your IP address settings.

If you have the feature turned on, Apple gives a detailed warning about what you’re giving up privacy-wise when turning the feature off.

What do you think of iCloud Private Relay, have you been testing it out? If your connection is slower with it enabled, does it feel worth the increased privacy?