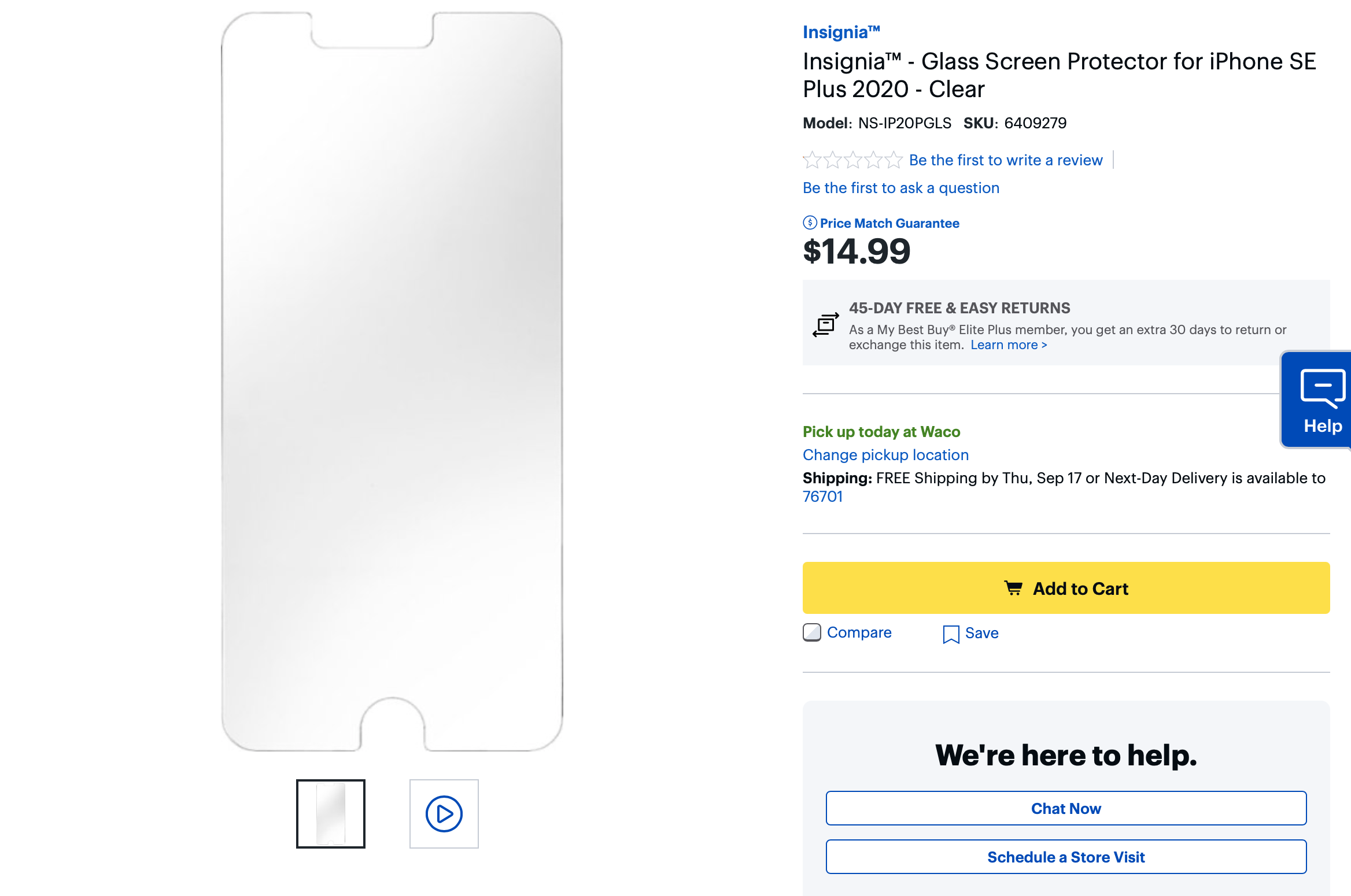 Apple debuted the new iPhone SE back in March, bringing the latest A13 Bionic processor and the familiar 4.7-inch form factor of the iPhone 8. Rumors have also suggested that Apple has a “Plus” version of the new iPhone SE in the works, and a new accessory listed today at Best Buy hints at that product’s existence.

While we wouldn’t read too much into this new listing at Best Buy, it does suggest an “iPhone SE Plus 2020” product. The listing itself is for an Insignia-branded glass screen protector for the iPhone SE Plus. Of course, the timing here is a big suspect given that Apple will hold a special event in just a few hours.

Ultimately, we wouldn’t get too excited about this new listing at Best Buy. Accessory makers have no indication of when Apple might release a new product, and this Insignia listing could simply an instance of Best Buy planning for the iPhone SE Plus just in case it happens to be announced today.