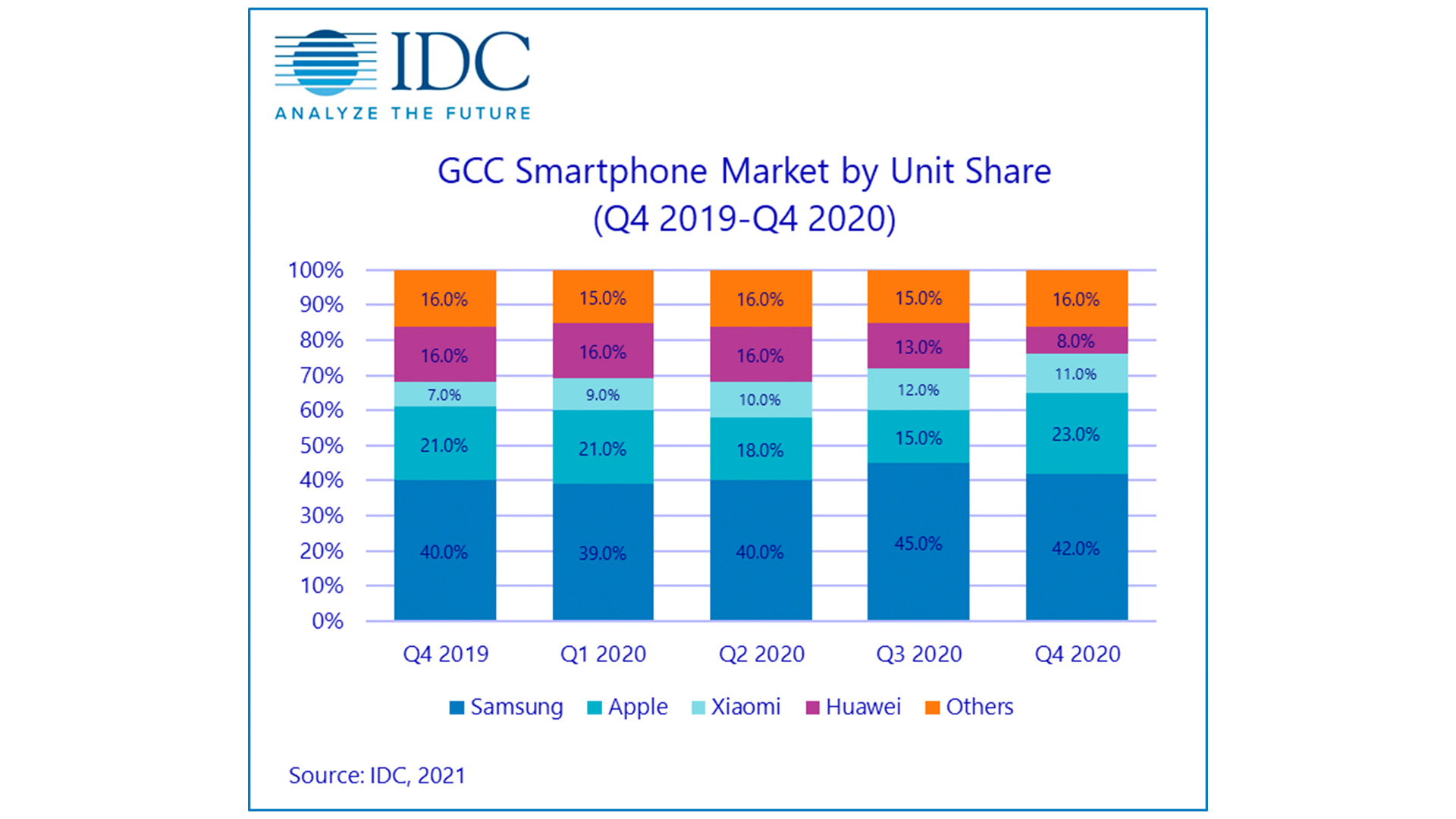 After the iPhone 12 launch, Apple saw double-digit growth in Q4 2020 in Gulf countries, which includes Bahrain, Kuwait, Oman, Qatar, Saudi Arabia, and the United Arab Emirates. This is according to new data from IDC.

The overall mobile phone market of the Gulf Cooperation Council region experienced quarter-over-quarter growth of 8.2% in Q4 2020 to a total of 5.38 million units. Saudi Arabia accounted for 49.4% of all smartphones shipped within the GCC region in Q4.

Apple achieved a 55.7% QoQ increase in shipments following the release of its iPhone 12 line devices.

“Apple enjoyed strong demand for the iPhone 12 series in Q4 2020, while its iPhone 11 series continued to perform well in the region,” says Akash Balachandran, a senior research analyst at IDC. “Shortages in the supply of both the iPhone 12 and certain other models curtailed the maximum growth we could have seen from Apple in Q4 2020.”

Samsung, on the other hand, saw shortages of certain key models, with a quarter-over-quarter decline in shipments of 4.1%. Even still, the South Korean company still has the majority of market share in Gulf countries, representing 42% of every smartphone shipped in Q4 2020, followed by Apple with 23%, and Xiaomi with 11%.

“Supply constraints will likely continue to hamper growth in the region due to chipset and component shortages across most smartphone brands in the first half-year,” says Ramazan Yavuz, a senior research manager at IDC. “However, with supply returning to normal and with the vaccine rollout expected to significantly reduce the possibility of additional lockdowns and spikes in COVID-19 cases, the market is set to see growth return toward the second half of the year.

A few weeks before this IDC report, DigiTimes said that iPhone 12 would help smartphone shipments grow 50% in Q4 2020, which is now proven correct.