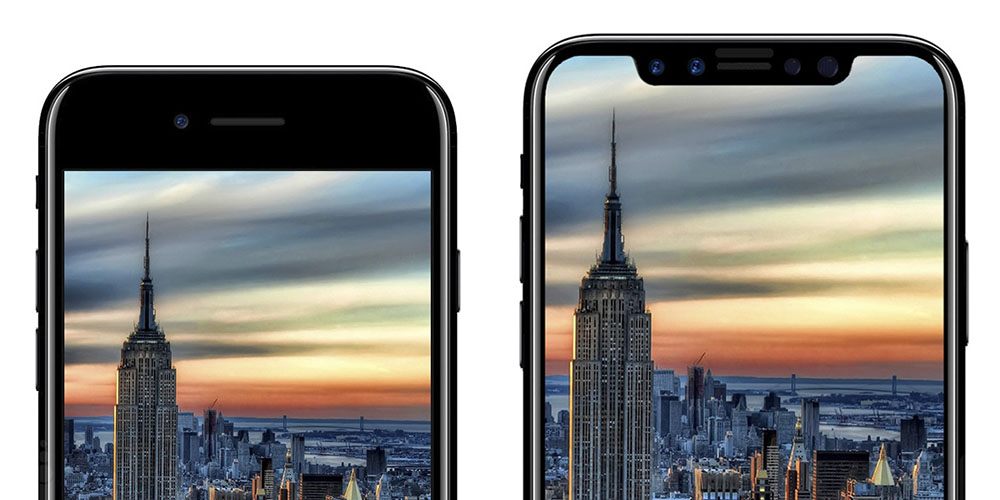 I wrote recently about my iPhone X falling victim to a swollen battery, and Apple lending me an iPhone 8 while my own phone was repaired or replaced.

Yesterday was my first chance to get to the Regent Street store to pick up my phone and return the loaner. Given the extent of the damage, I wasn’t expecting a repair to be possible but, impressively, it was. Apple told me it had been fixed, and checking the serial number confirmed it.

The iPhone 8 is a very nice phone …

As I said last time, the screen differences seem to me to be overplayed.

So, in a couple of days of use, which of the differences has really stood out? I’ll start with one difference that really hasn’t: OLED versus LCD displays. To be honest, I think this has been massively overblown. Apple’s LCD screens have always been excellent, and the iPhone 8 one is no exception. There hasn’t been a single moment when I’ve looked at the iPhone 8 screen and missed the iPhone X one – or even noticed any difference at all.

I mentioned two differences I noticed right away: a small one and a big one. The small one was the second rear camera, while the big one was Face ID.

There is one iPhone X feature I miss massively – and that’s Face ID. To me, the difference is night-and-day. Somewhat for unlocking the phone. Swiping up on the iPhone X can be done very casually, and Face ID unlocks instantly; having to position a thumb on the Touch ID button feels clunkier in comparison.

But much more for apps. I use Face ID with my banking apps, for example, and on the iPhone X I just open the app, briefly see the Face ID unlock confirmation and I’m in. It’s absolutely seamless, and the feeling is as if there’s no security step at all.

But it turned out there was another really small-sounding difference that I missed way more than I expected: Tap to Wake. I cannot tell you how many times I tried to switch on the iPhone 8 by tapping the screen.

Of course, Tap to Wake needs Face ID anyway, but it was the combination I missed rather than just Face ID itself.

Another thing was storage. While it initially looked like I was only using 56GB, that turned out not to be the case. Once I started re-downloading my offline Spotify tracks, the 64GB storage of the loaner was soon full. (I use Apple Music as my primary music service, and Spotify for tango music – the latter has a much better selection, and it stops tango messing up my Apple Music recommendations.)

Interestingly, Apple carried out the same, thorough diagnostics check on the loaner phone I returned as it did on my own phone. I guess partly to ensure there’s no hidden damage, but I suspect it’s also to stop people swapping out a loaner with a counterfeit phone, or replacing genuine internal parts with third-party ones.

I didn’t mind the time it took, as I was in any case waiting for my own phone to restore on the store Wi-Fi, but it’s interesting that Apple sees this step as a necessary precaution.

The repair meant that I needed to restore my phone twice from iCloud backup: once to the loaner phone, and again when mine was returned. In both cases, I was heading out straight afterwards, so restoring from iTunes wasn’t practical.

An iCloud restore is, of course, quite slow. There’s the initial part of the process, where you see only a progress bar and can’t use the phone for anything else, and then it becomes usable as it continues to redownload your installed apps. That side of things can take a long time.

In theory, an iCloud restore allows you to prioritize the apps you want downloaded first: you just tap on them. In practice, however, this doesn’t work well – it continues to simultaneously download multiple apps, and on slow wifi that can be annoyingly slow.

I needed fairly immediate access to Facebook Messenger to send a message (Messenger is the new email for many people …), but had to wait a frustratingly long time to get it. What I’d like is the option to maybe long-press an app and have iCloud pause everything else in order to download only that app, resuming the rest of the restore once it’s done.