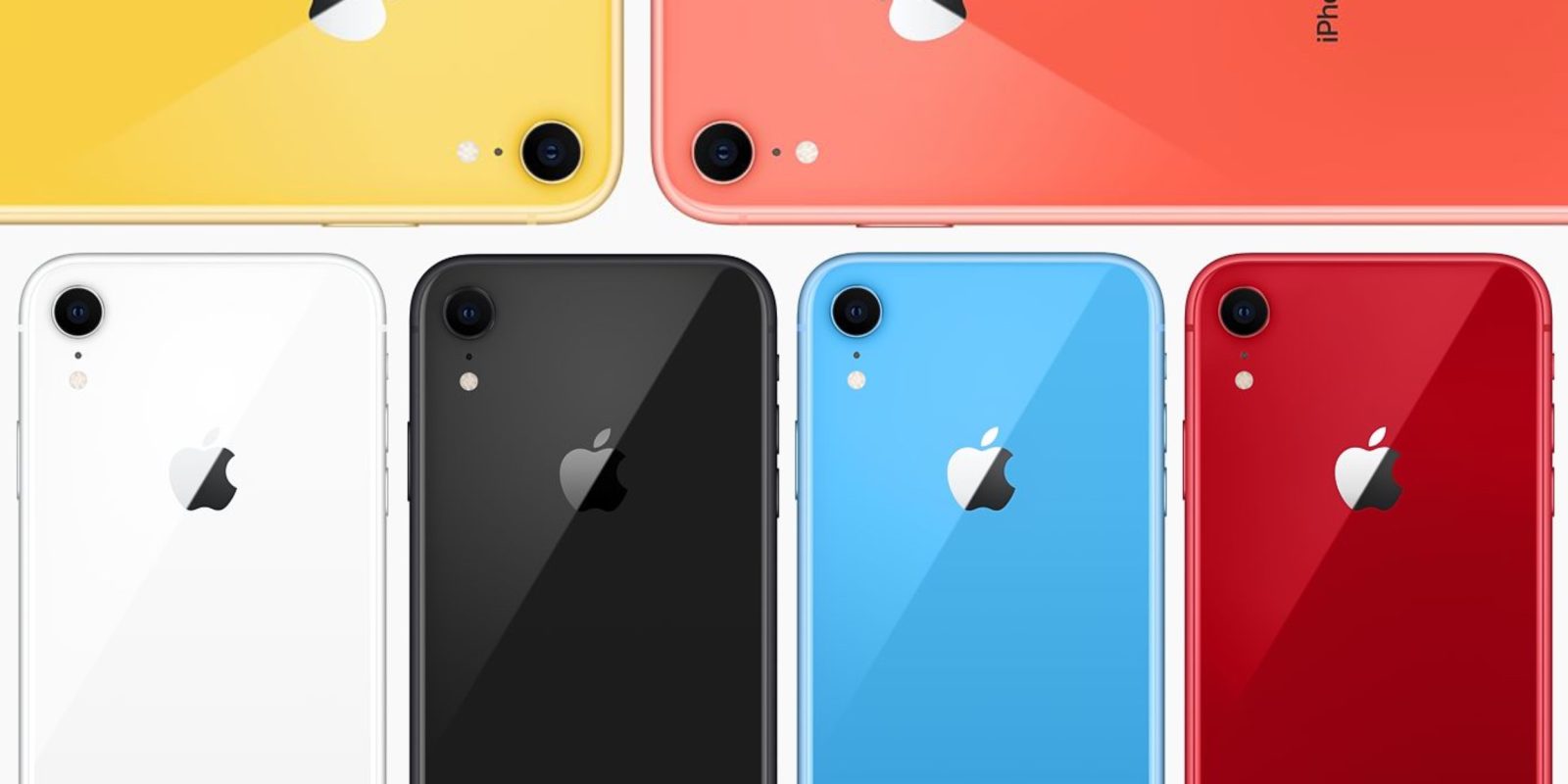 The iPhone XR launches this Friday from $749, in six beautiful colors: black, white, blue, red, coral and yellow. Now, the press reviews are dropping which appear to be overwhelmingly positive.

The XR features the same A12 chip, the same wide angle camera as the XS, and approximates the iPhone X design with aluminium sides, an LCD display and slightly thicker bezels. It even surpasses all iPhones to date in the battery life department. The main drawbacks are losing out on some 3D Touch shortcuts and several Portrait mode limitations. Here’s our roundup of the iPhone XR impressions …


Engadget calls the iPhone XR the ‘iPhone most people should buy’. They achieved seven hours of screen-on active usage in a day, beating out even the iPhone XS Max. Engadget notes the limitations of the rear-camera Portrait mode. When using the rear camera, iPhone XR does not support Stage Light or Stage Light Mono lighting modes and will not even attempt to take a Portrait shot if it cannot detect a face.

The most important thing to keep in mind is that portrait mode doesn’t work at all unless you’re pointing the main camera at a person. Which I guess makes sense — this is portrait mode we’re talking about. But you can forget about getting bokeh-filled images of your pets or your dinner. Feel free to try: If you do, the phone will actually tell you it can’t detect a person’s face.

Earlier versions of Portrait mode were marketed as meant for taking photos of people, but the Camera would attempt to perform blur effects on basically any subject. The XR doesn’t let you try without a face in view, a consequence of the lack of a second rear camera to help build a depth map. The XR does support Depth Control though, so you can adjust the amount of bokeh blur (in iOS 12.1, you can do this in the live viewfinder).

The XR represents a significant back-step in PPI compared to an iPhone XS, iPhone X or iPhone 8 Plus, but it’s the same as the iPhone 8 which nobody complained about last year.

The Verge was more critical of the XR’s display than most of the other publications, but not because of screen resolution. The Verge noticed that off-axis viewing angles are not as good on the XR as an previous iPhone LCD panels. Off-axis, their saw that the brightness dropped and pinkish hues washed over the screen.

The 3D Touch substitute, Haptic Touch, is not a complete replacement. What Apple really means by the Haptic Touch name is that the XR features a Taptic engine, as the actual gestures are a simple combination of long press and haptic vibration. This means that the lock screen torch requires a longer press, and features like Home Screen Quick Actions and Peek and Pop are simply not available. Keyboard cursor trackpad mode is available by long-pressing on the space bar, inline with how iOS 12 brought the feature to every model.

Interestingly, The Verge says Apple told them that they will bring more 3D Touch features to Haptic Touch over time. There have been rumors that Apple is planning to drop 3D Touch entirely with the 2019 phones, so perhaps this is a hint at that. Regardless, Peek and Pop and Quick Actions are relatively rarely used features and will not be missed by the majority of XR buyers.

The Verge also notes the dumbfounding lack of Apple cases, especially in spite of the fact that the XR’s back glass is not as resilient to cracks and scratches as its front:

The XR screen has the same improved glass Apple uses on both sides of the iPhone XS, which the company claims is “the most durable ever,” but the glass back is the older formulation used on the iPhone X. So… it’s slightly less durable than the front, by definition. You might want a case, but be aware that Apple doesn’t have any of its own cases yet. There will be third-party XR cases in Apple stores at launch, but it’s a little strange for the company to miss out on such an easy moneymaker.

Wired was ‘seriously impressed’ by the iPhone XR’s battery life. They lasted almost an entire weekend on a single charge. They admit their phone usage is more casual on weekends but nevertheless, that is impressive longevity. Mirroring other reviewers’ experiences and Apple’s own stats, they saw the XR beat the XS Matter life in battery life. It also praised the rear camera performance, again noting the loss of functionality due to lack of dual camera.

But, if you’re comparing the XR with the XS, the camera capabilities on the iPhone XR are nearly the same as those on the XS, both when it comes to capturing still images and recording video. It has that wide-angle 12-megapixel rear camera, a 7-megapixel front camera with 3-D sensors, and dynamic range that has been improved from the HDR in last year’s phones. Overall, it’s an excellent camera.

iMore’s Rene Ritchie has posted a video review covering his hands-on time with the iPhone XR.

The Pocket-lint verdict summarized a lot of the feelings mirrored in all of these reviews: the XR will be very successful. There are noticeable areas where it is worse compared to the XS but the price point is tough to beat. Upgraders from iPhone 6, iPhone 6s, iPhone 7 era phones will be very happy with the improvements brought about in the XR.

Sure, the iPhone XR doesn’t offer a screen or camera setup that’s as good as the top-of-the-range, but that’s the play in having a more affordable handset. Besides, many will be perfectly happy with what’s on offer, especially as there’s no compromise in power.

As an upgrade option over, say, the iPhone 7, the XR’s larger display, bright colour finishes and considerable power will appeal. Yes, we’ve missed not being able to take a picture of our dog in Portrait Mode, but we think we can live without this feature for the most part.

Are you ordering an iPhone XR? Let us know in the comments.

Final Cut Friday: Why you should use the ‘Checkerboard Player Background’ when editing in FCP X [Video]

Final Cut Friday: Why you should use the ‘Checkerboard Player Background’ when editing in FCP X [Video]